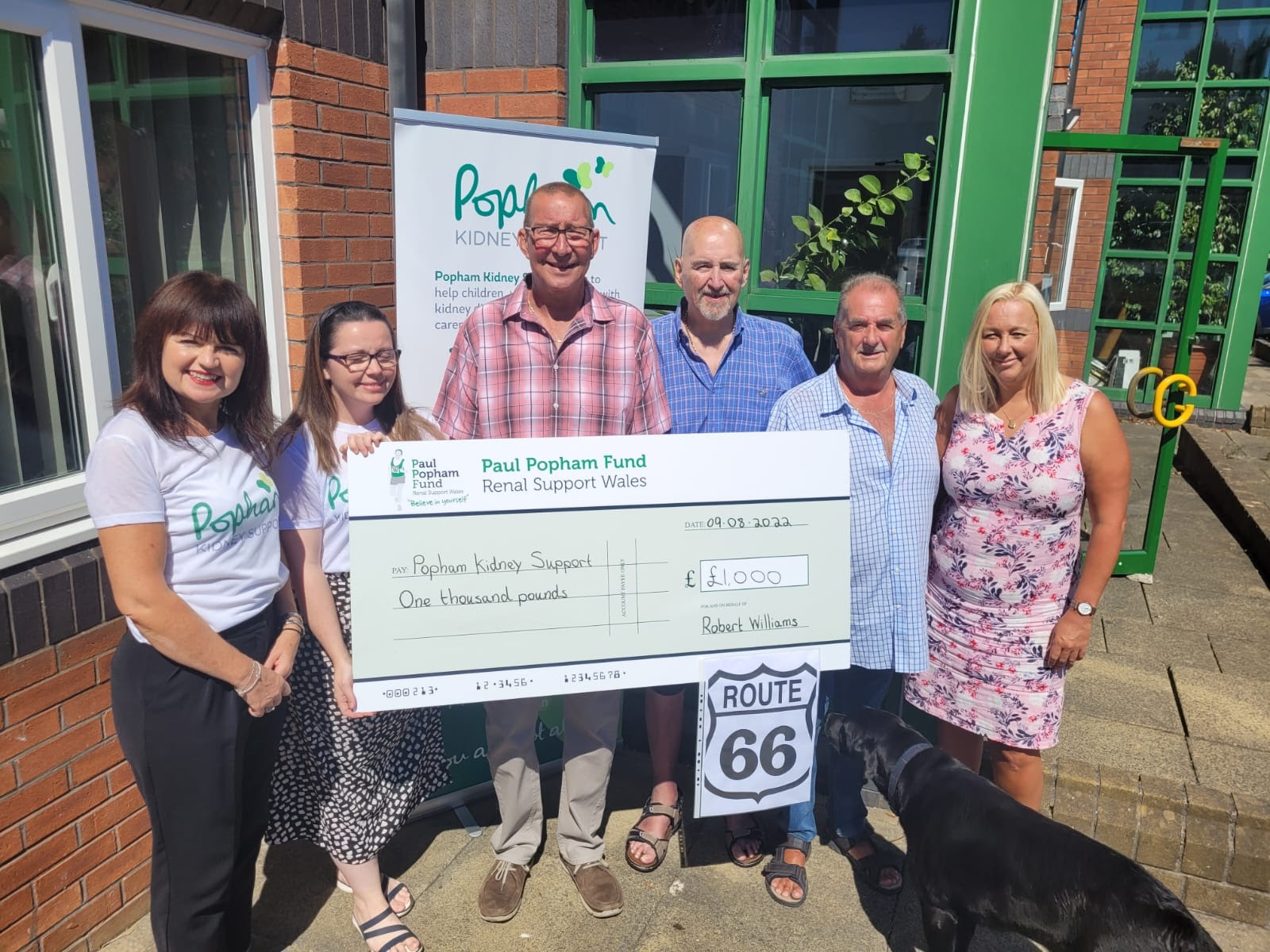 The team at Swansea-based kidney charity Popham Kidney Support say they were delighted when members of the Ynys Freemason Lodge surprised them by delivering a cheque for £1,000 following the extraordinary efforts of one of its members.

The money was raised on the back of lodge member Robert Williams completing a virtual cycle challenge that spanned the distance of renowned North American Highway Route 66.

Robert Williams, of Ynys Lodge No.8274, based in Port Talbot, completed the sponsored challenge while undertaking dialysis treatment – and his feat of determination was met with generous donations from his fellow lodge members.

Robert cycled a total of 2,452 miles, surpassing the distance of Route 66, which is one of America’s original highways and stretches 2,448 miles, connecting many major cities including Chicago, Los Angeles and St. Louis.

The cycle-ride was completed using Intra-Dialytic Cycling (IDC), a service was set up in 2008 at the Morriston Hospital Dialysis units which focuses on improving cardiovascular health, and it has even been found that IDC can also increase the efficacy of dialysis treatment.

The donation is being put towards the charity’s target of raising £130,000 for the refurbishment of the Children’s Kidney Centre at Cardiff & Vale University Hospital. Popham Kidney Support recently surpassed a significant milestone of £50,000 towards this target thanks to its annual Golf Day, held in Clyne Golf Club, and its team are hoping to reach the target by March 2023.

Joanne Popham, CEO of Popham Kidney Support, said: “We would like to thank both Robert and the members of the Ynys lodge for their generous donation. Completing the Route 66 challenge was no easy feat, so a huge congratulations on reaching that total. We appreciate every donation regardless of size, and this will go towards the Children’s Kidney Centre refurbishment, an incredibly worthwhile cause.”

You can contribute to the charity’s fundraising effort on their Local Giving fundraising page.

Chocks away! Wales and the Battle of Britain Exhibition opens at Aberavon Shopping Centre