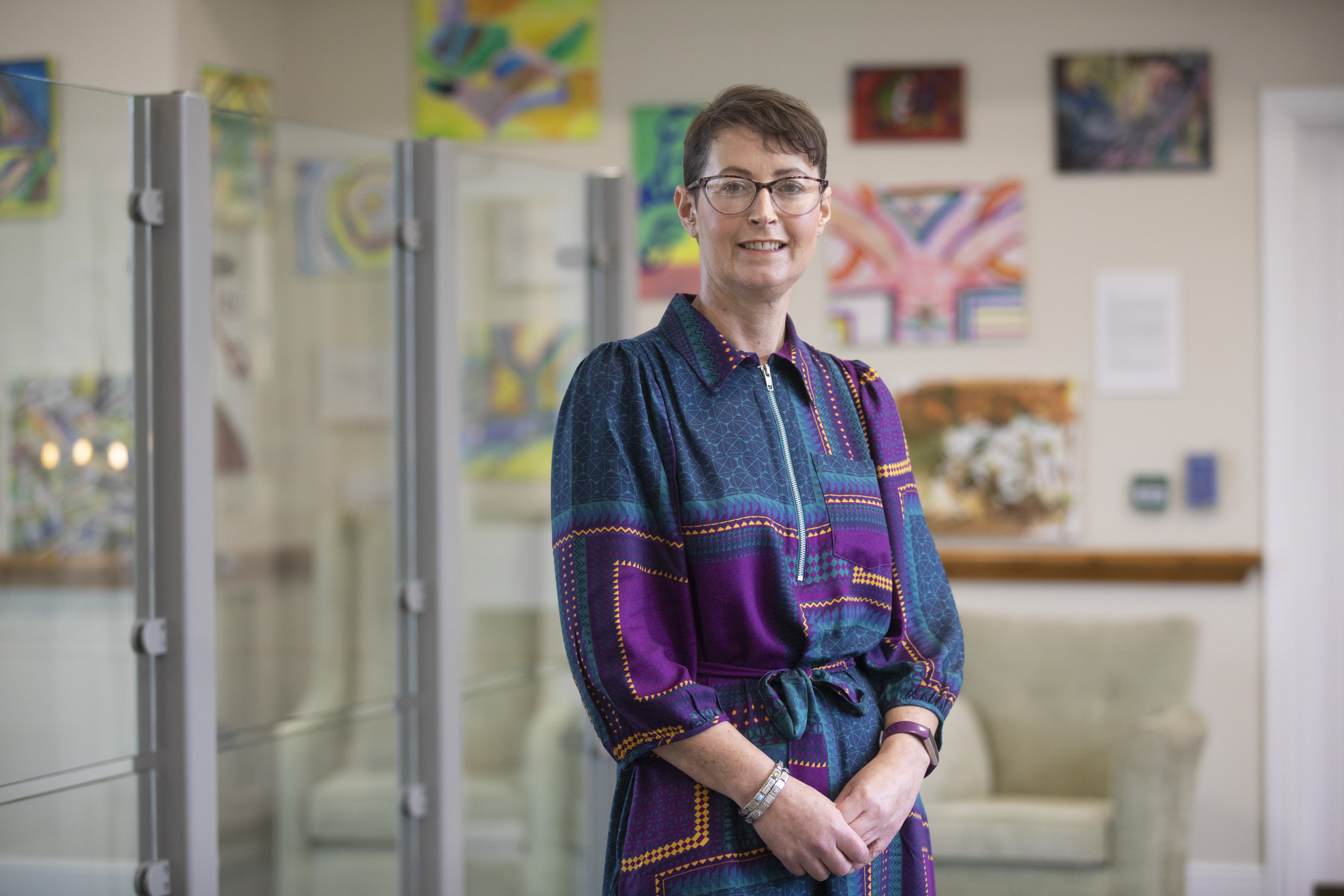 A Neath woman who has nominated several people for awards over the years and even presented some is to be on the receiving end.

Jacqueline Orrells has been shortlisted for one of this year’s Wales Care Awards – dubbed the social care Oscars – after colleagues decided it was time that her work in the sector was recognised.

The awards are organised by Care Forum Wales to recognise exceptional work in the care sector and Jacqueline’s category for Leadership and Management in Residential Care is sponsored by Christie and Co.

The care awards will be presented at a ceremony in City Hall, Cardiff, on October 21, when the host will once again be the popular tenor and radio presented Wynne Evans, well-known as Gio Compario in the Go Compare TV adverts.

The evening, which is sponsored by Ontex UK, will be streamed live on the night.

Jacqueline is an Area Director for HC-One, one of the country’s largest care home owners, and is responsible for overseeing seven of the company’s homes in Wales.

Her career began in 1990 when she started her Nurse Training to be a Registered Nurse Learning Disability, and before joining HC-One she worked at Longford Court in Neath as a Home Manager and Service Coordinator and then in 2000 she moved to Maesteilo Care Homes in Llandeilo as Assistant Manager to Home Manager and Senior Manager.

Whilst working for Barchester Health Care she was promoted to Regional Director and gained a Leadership and Management whilst working full-time.

Jacqueline encouraged staff to develop their skills and when the company was taken over for a second time she played a key role in liaising between company bosses and the home managers.

She joined HC-One six years ago and has been nominated for the award by Area Quality Director Caroline Price, she said she “encompasses the spirit of care, a culture of support and the ethos of HC-One as the heart of kindness”.

“She is a role model to many of her colleagues and provides a person-centred approach to all of the residents within the care homes in Wales,” she said.

Jacqueline, she commented, had transformed the way in which her team worked and was approachable and humble in her dealings with staff under her wing.

“She has always been the one nominating other people for awards and has even announced and presented them, but we who work in the homes believe that it is time she received one herself,” said Caroline.

Jacqueline, 52. who lives in Tonna, near Neath, said that although she enjoyed her management role she still gained satisfaction from being able to influence the care received by residents.

“Part of my role is supporting people and I enjoy spending time with people in the homes,” she said.

Away from work, Jacqueline, who has two daughters, Amelia, 24, and Elian,16, is a keen swimmer and spends two evenings a week as a Lifesaving Coach for Centurion Lifeguard Club at Penyrheol swimming pool in Gorseinon. She also plays the Double Bass and sometimes performs with Elian in concerts.

Mario Kreft MBE, Chair of Care Forum Wales, said the aim of the Wales Care Awards was to recognise the unstinting and remarkable dedication of unsung heroes and heroines across Wales.

He said: “The social care sector is full of wonderful people because it’s not just a job, it’s a vocation – these are people who go the extra mile for others.

“During the Covid crisis, this fantastic workforce rose magnificently to the challenge, putting their own lives on the line to do everything they possibly could to safeguard the people for whom they provide care.

“Unfortunately, it has taken a global pandemic for many other people to realise how important and how significant our social care workforce is.

“Their incredible contribution was summed up best in the powerful and emotive words of the song, Heroes of our Heart, written by the acclaimed poet Mererid Hopwood and sung by Sir Bryn Terfel, which was set to the famous tune of Men of Harlech. The message that the diolch should last forever is one that we should never forget.

“All the nominees deserve to be lauded and applauded and it’s a real pleasure to honour the contribution of all the finalists.

“I congratulate all the individuals who have shown outstanding dedication and professionalism. Every one of them should be proud of their achievement.

“They are Wales’s finest.”