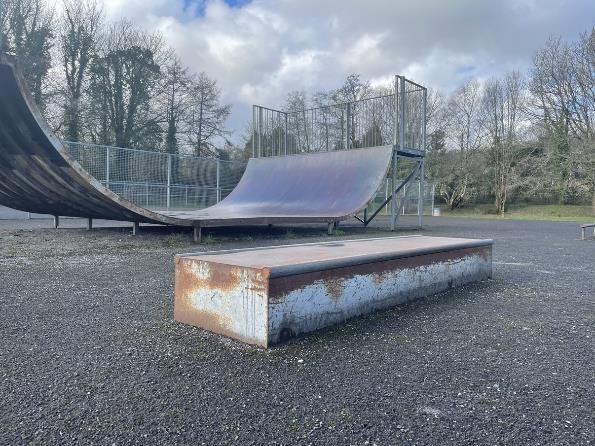 Skateboard facilities in Swansea are in line for a revamp as part of the city’s ongoing efforts to improve play equipment the council have announced.

Swansea Council say it plans to review existing skateboarding facilities and is looking to attract a consultant who can work with them on the project.

An initial assessment has already been completed on a number of sites around the city where some skateboard and BMX facilities are located – including at Parc Melin Mynach, Coed Bach Parc and the Elba Sports Complex.

Many of the sites feature ageing half-pipes and ramps which have deteriorated through exposure to severe weather. Some locations also show informal use of tracks for BMX riding.

The Council now wants to carry out a more in-depth review of all these locations to establish usage and feasibility for improvements. The review may also consider looking at new sites for skating and BMX use.

The latest plans follow improvements recently made at Victoria Park where investment has enabled the skateboard equipment to be upgraded.

Robert Francis Davies, Cabinet Member for Investment, Regeneration and Tourism, said the skateboarding review is part of policy commitment pledges signed off by Full Council in July, which promised to make progress on a range of priorities that matter to the people of Swansea within 100 days.

He added: “All of our play areas in Swansea are currently being upgraded with a multi-million pound investment. This ensure young children and families can enjoy safe play throughout Swansea.

“We recognise that skateboarding, BMX and other wheeled sports are also very popular activities with older children and adults.

“Our aim is now to carry out a detailed review of what we have in the city in terms of this type of sports provision.

“The first stage will be to recruit consultants with expertise in this area and being them on board to lead the project.

“We will also look at consulting with communities, schools and other groups to seek their views.”

The Council hopes to commence the initial scoping and commence a consultation phase by the end of 2022 and complete upgrades by 2024.

A ‘Prior Information Notice’ (PIN) has been advertised on the Sell2Wales website.

Cllr Francis Davies added: “We would encourage anyone with expertise in this field to get in touch via details within the PIN notice on sell2wales or by emailing cultural.services@swansea.gov.uk so we can take this project forward as soon as possible.”