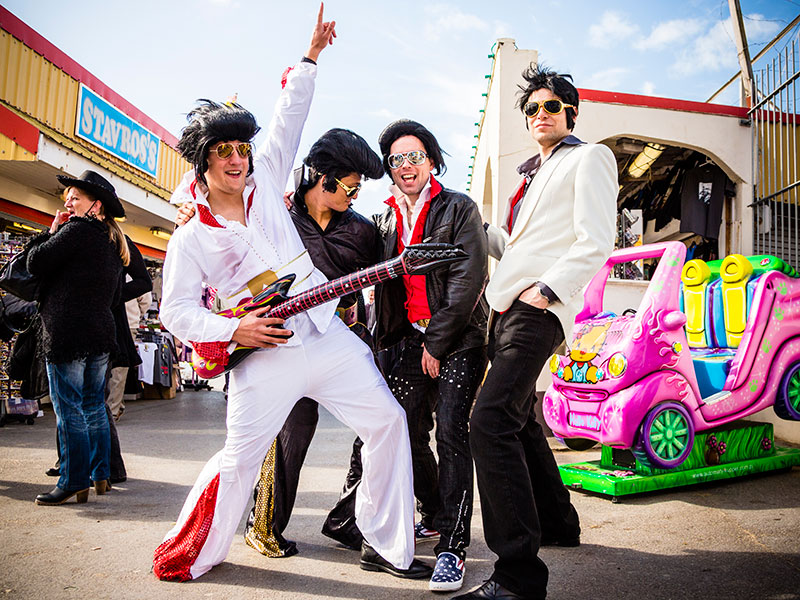 An all-day road closure will be in place along the esplanade between Porthcawl Marina and the Seabank Hotel on Saturday 24 and Sunday 25 September.

While timings may vary slightly in order to ensure the smooth running of the event, the road closure is planned to last between 6am on Saturday through to midnight on Sunday.

Temporary diversions will be in place and drivers are being asked to pay close attention to signage when driving in and around the town over the festival weekend.

One-way systems will also be in place at Victoria Avenue, Doddridge Way, Park Avenue and Dock Street, in order to minimise congestion on the diversion routes.

Meanwhile, while the majority of the Eastern Promenade will be closed to all vehicles other than taxis, coaches and mini-buses that are dropping Elvis fans off at the event, the Salt Lake car park will still be open and accessible. Additional signage will be provided to guide drivers to the car parks and dedicated drop-off zones.

An Elvis-themed park run will take place on Saturday morning and licensed charity bucket collections have also been agreed in the town centre, Eastern Promenade areas, as well as at the entrances to Coney Beach and Sandy Bay.

Additional waste containers will be placed across the seafront and in the busiest public areas, while the council’s cleaner streets team will be working throughout the weekend to empty public waste bins.

St John’s Ambulance will operate a triage centre in Griffin Park and the Wales Ambulance Service will have a cycle response unit operating in the area throughout the event.

Bridgend Council Leader Huw David said: “The Elvis Festival is known to be Europe’s largest gathering of Elvis fans, attracting thousands of people every year to the seaside town of Porthcawl.

“Lots of preparation is involved in the organisation of the festival, as numerous venues participate in setting up the Elvis themed events.

“South Wales Police also have a significant role to play in the forthcoming occasion. Police officers will have full presence in the town, together with council enforcement officers who will also be monitoring the event, to ensure that all involved adhere to the necessary regulations.”

Local Policing Inspector Gareth Newman, said: “The Elvis Festival attracts lots of people to Porthcawl and we hope everyone has a safe and enjoyable time.

“This festival will look a lot like its normal self this year, without the need for masks and social distancing.

“It’s a great weekend for the town – I would just like to remind everybody to drink responsibly, to look out for each other and of course respect the many residents who live in the town itself.

“We’ll have officers at the event and we’ve been working closely with the organisers, as well as with the local authority to make sure everything runs smoothly.”

Margam’s ‘In It Together Festival’ announces first wave of acts