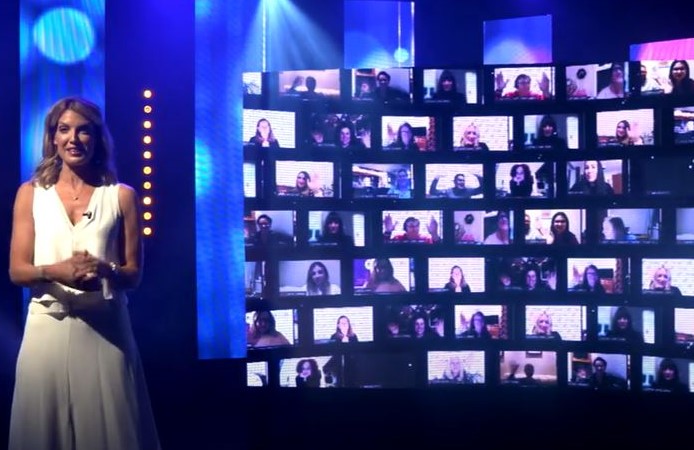 Nine women from across West Wales been chosen as finalists for this year’s Chwarae Teg Womenspire Awards and are hoping to become category winners at the event on 29 September.

Now in their seventh year, the awards recognise women’s accomplishments in every aspect of life, from personal achievements to outstanding contributions in their field and community.

Hosted by ITV Cymru Wales news anchor Andrea Byrne and Welsh actor and presenter Elin Pavli-Hinde, this year’s awards will, for the first time ever, become a hybrid event. The ceremony is headline sponsored by Vauxhall Finance and will take place at the Pierhead Building, Cardiff, whilst being simultaneously broadcast to thousands via ITV Cymru Wales’ Facebook Live and Twitter.

Those West Wales women up for an award are as follows:

Sophie is a tireless campaigner who has been active in the field of self-advocacy and the rights of people with learning disabilities for many years – seeking to address the inequalities they face.

After being diagnosed with endometriosis at the age of 21, a condition that means Emily cannot work or go about her daily life, Emily now campaigns for more awareness and equality so that others will not have to suffer like her.

Siân is responsible for transforming lives, in communities across Wales, and in the organisation, she leads, as Chief Executive of Hafan Cymru – a charitable housing association that provides accommodation, support to women, men, their children and young people.

Louise is proud to be a Welsh woman who has been able to rise through the ranks at Virgin Atlantic by providing excellent customer service, and leadership to staff, to be become Vice President – Customer Centres.

Learner Award – sponsored by The Open University in Wales

Julie says that completing Chwarae Teg’s Agile Nation2 career development programme at 63, through her inclusive employer – housing association – Ateb, has had a phenomenally positive effect on her life.

Celsey left school with few qualifications but a few years later, and after completing the Chwarae Teg Agile Nation 2 career development programme, she is leading a team of 24 cleaners at Thrive Group Wales – a social enterprise which supports Thrive Women’s Aid (a domestic violence charity).

As a woman with cerebral palsy, Emily has taken it upon herself to inspire, educate and support others living with disabilities, all with a huge amount of positive energy.

Casey is a passionate and driven woman, working as a lecturer in Computer Science and working hard to encourage women of all ages into these roles too.

After not having a team to play for or realising that a career in rugby was a possibility for her, Siwan has smashed through those barriers to become an incredibly successful professional rugby player.

Cerys Furlong, Chief Executive, Chwarae Teg, said: “Womenspire is an awards ceremony like no other. Finalists are recognised for achievements from all aspects of life and from across Wales, yet they all have something very much in common – they have all gone above and beyond to make a real positive difference to their own lives and the lives of others.

“We want to shine a light on their remarkable accomplishments, as they can so often go unnoticed. At Chwarae Teg we want to applaud what they have done and hold them up as role models.”

Appeal for witnesses after child sexually assaulted on train