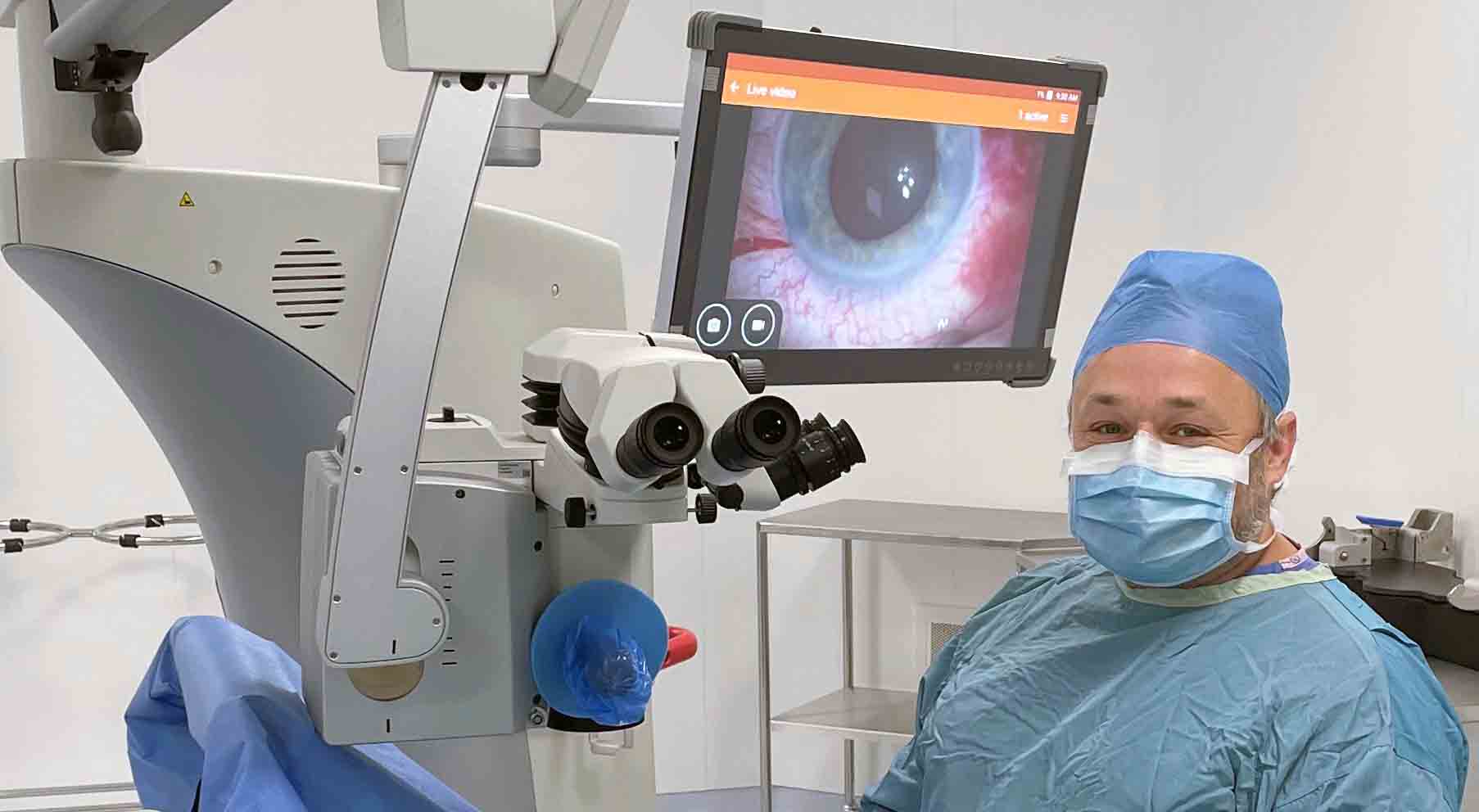 Eye surgeons in Singleton Hospital continuing to work through a backlog of operations can now do so in a dedicated “space-age” new theatre.

The £4 million facility, part of the Day Surgical Unit opposite the main hospital site on Sketty Lane, has started to treat patients, but is not yet running at full capacity.

The high-tech facility has earned high praise from surgeons.

However, it is regarded as an interim measure to help tackle long waiting lists while Swansea Bay and its partners, including Hywel Dda University Health Board, look at better ways to deliver regional services together.

This is in line with recommendations of an external review of eye care services in Wales, commissioned by the Welsh Government and conducted by the Royal College of Ophthalmologists.

The Pyott Report, published in 2021, found there was much to commend. But it also highlighted issues including a long-term lack of investment, workforce shortages and the location of services.

Swansea Bay, like many other parts of Wales, had long waiting times for specialties including ophthalmology even before Covid – but the pandemic made them considerably worse.

As a result, the health board has embarked on an ambitious programme called Changing for the Future, which will see health services delivered in a new and more efficient way.

Part of the programme includes creating a series of centres of excellence at the health board’s main hospitals.

Singleton will become a centre of excellence for a number of specialties, including ophthalmology, which is already located there.

The health board invested £3.3 million in the operating theatre building, with an additional £700,000 for new equipment.

Consultant ophthalmologist Gwyn Williams, the first surgeon to use the new theatre, said it had been developed specifically for cataract operations.

“The current wait is not great but at least it is now starting to come down,” he said.

“At the moment the health board is outsourcing many of these to private companies in various places.

“Having the new theatre means we will be able to churn through the backlog and do it within the NHS as opposed to the private sector.

“While we need a better solution in the long term, this is a good interim solution.”

Swansea Bay has around 2,200 people waiting for eye surgery. About 1,000 of these have waited longer than the 36-week target.

In addition, there are about 2,000 cataract patients waiting more than 26 weeks to be seen as an outpatient, and around 80 per cent of these are likely to need surgery.

Although an improvement on last year, the statistics clearly demonstrate why the new theatre is essential.

Mr Williams said having the additional facility would help ensure the backlog was brought down as quickly as possible.

“It will give extra capacity for new consultants appointed specifically to do cataract surgery and senior trainees to undertake operations,” he said.

“Without this new theatre, there would be no space for them to work in so it would have been impossible to address the backlog of cataract patients within the NHS at all.”

The building was manufactured off-site while groundwork took place outside the Day Surgery Unit. This was quicker than a conventional build and with less disruption to services.

It was then craned into place and integrated with the existing operating theatres before being kitted out.

Mr Williams admitted to being impressed with the new facility, describing it as top-notch.
“It’s like a cathedral to ophthalmology in a way. It’s large and shiny with all the latest equipment. Everything is new,” he said.

“I’ve never been inside a more space-age theatre in all my life. It’s probably the best theatre we have in Wales for eye care.”

“The theatre will deliver approximately 200 additional ophthalmology cases a month when it is fully up and running” she added.

“In the longer term we hope we can start doing evening and weekend sessions to meet the needs of the local population for ophthalmology surgery.”

And it is a taster of what is to come. Swansea Bay has confirmed plans to introduce six new theatres, divided equally between Singleton and Neath Port Talbot Hospitals as part of Changing for the Future.

This will reduce waiting times in other specialties.