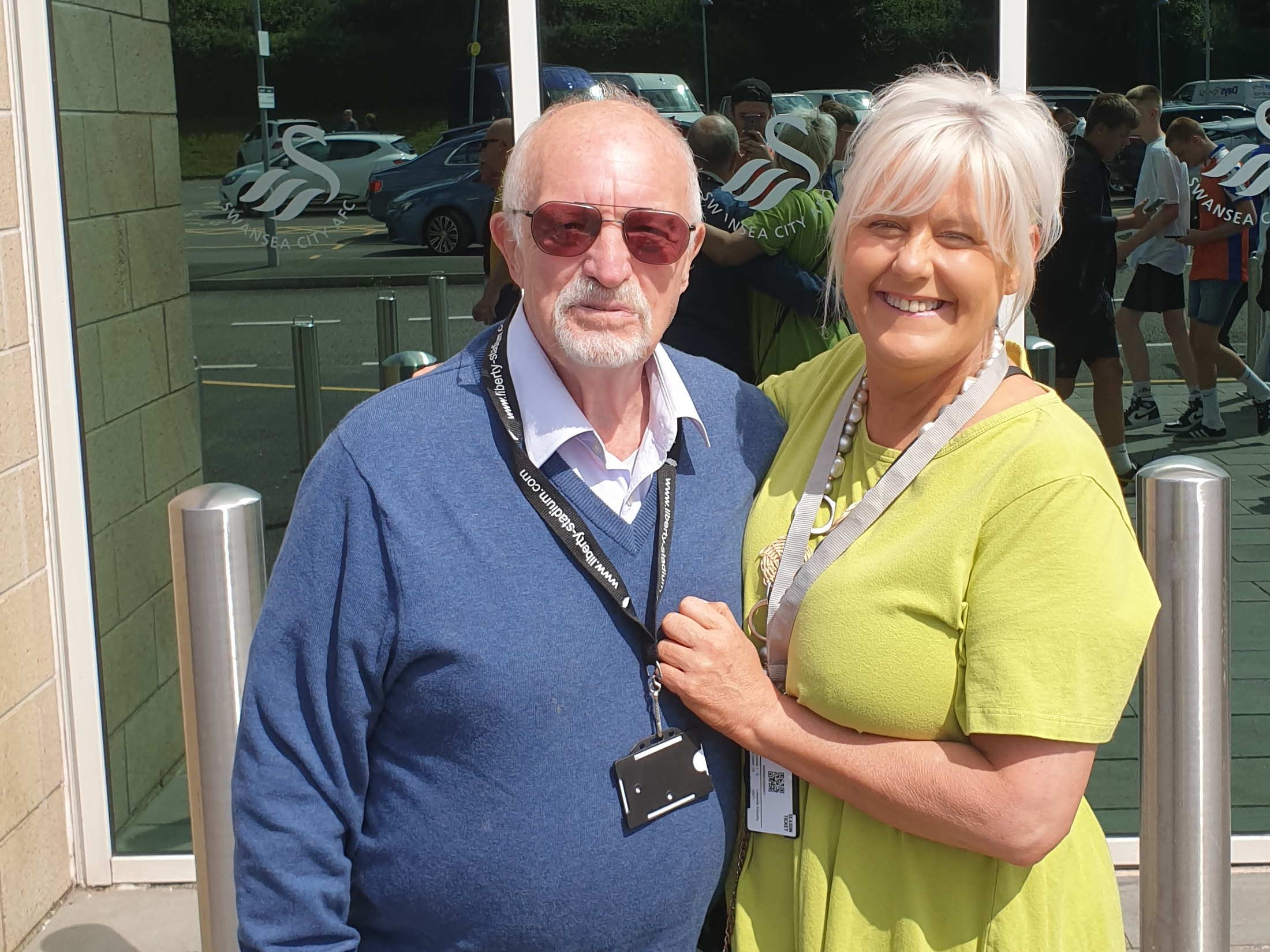 Patients at Cefn Coed Hospital are having a ball attending live Swans matches thanks to the generosity of a local businessman.

Phil Lake, who runs Lakeside Security and Lakeside Flood Solutions, has donated a number of Swansea City season tickets to the hospital.

Patients on Derwen Ward, which supports people living with dementia, have been accompanied by ward Manager Deborah Morgan to matches at the Swansea.com Stadium.

The outings to the beautiful game are already helping to improve patients’ symptoms.

Deborah has noticed how patients were able to control anxiety and a feeling of being overwhelmed which allowed them to experience the noise and emotions created in the stadium during games.

One of the patients to have benefited from attending the games was Ken Bragger, for whom returning to watch the Swans triggered many happy memories.

Ken said: “I had previously worked at the stadium as a steward, so it was really exciting to be back there.

“During my time as a steward I didn’t get the opportunity to watch the game as my role was to watch the supporters.

“The singing brought back so many memories. The atmosphere, watching the visiting supporters and hearing the banter sent shivers down my spine. It was so lovely to see other people.

“Personally, I am more of a rugby fan than a soccer fan, however, I really enjoyed the experience. It was also Debbie’s first football game and it was a pleasure to see how much she enjoyed it.

“The experience was very comforting and I would like to thank Debbie and the mental health service for the kind opportunity to go to the game.”

Watching the Swans in action has given patients an opportunity to spend time away from the ward and experience different environments.

A number of factors are considered in choosing which patient attends certain games. Mobility and aggression levels along with the time and day of kick-off are all taken into account.

From the visits so far, it is clear that patients have considerably benefited from them.

Deborah said: “The reason patients are in hospital is because we are assessing their levels and medication. They have come from homes or nursing homes who can’t manage them anymore.

“Going to football matches is a good opportunity to let our patients experience a different environment away from the ward.

“The benefits could be endless, as has been shown with the patients I’ve taken already.

“Ken remembered on his way to the stadium that he used to work there and had some lovely memories to share with me.

“It was very interesting because it wasn’t until we got back to the car that Ken said he felt anxious but he wasn’t showing the same signs of anxiety as he does on the ward.

“That has shown him that he can control his anxiety, so that was a big boost for him.

“It was a very positive trip for both of us. Ken has been discharged since then, which is great news.

“Another patient I took was getting a little overwhelmed by the size of the stadium and the noise generated by the fans.

“I said we could leave at any time he wanted, but he followed the game really well and that kept him composed.

“When I saw him on the following Monday he said he’d really enjoyed the game and wanted to go again.”