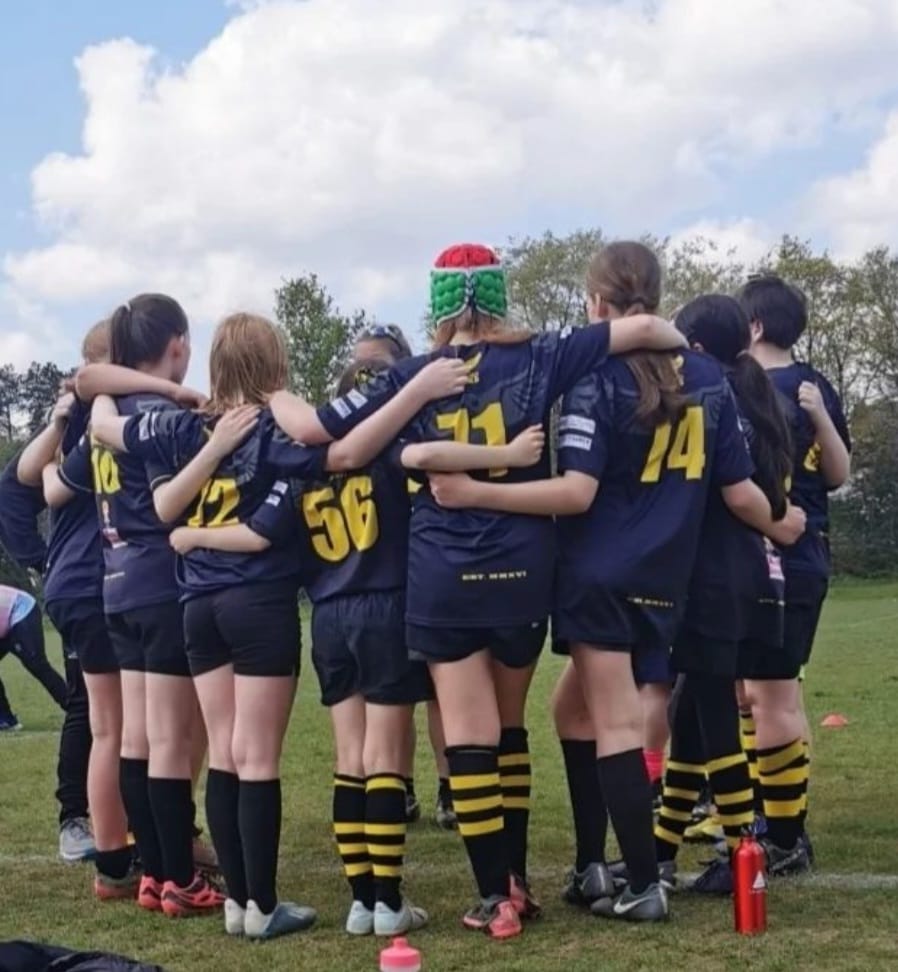 West Swansea Hawks women’s rugby based at Gowerton RFC now counts over 150 players on their books – and support from Wales international, Siwan Lillicrap.

At the end of a year in which the Welsh Rugby Union awarded its female players professional contracts for the first time, Ioan Cunningham’s squad have headed to New Zealand dreaming of glory at the Women’s Rugby World Cup.

However, this success at elite level for women’s sport is built on the strong foundations of grassroots projects up and down the country which help develop and nurture talent across all age grades.

In the build-up to the Women’s Rugby World Cup in New Zealand, which kicks off on October 8, the National Lottery is highlighting how its players have contributed more than £94.6 million to support over 3,200 grassroots rugby union projects in the UK since 1994.

National Lottery funding distributed via Sport Wales over the years has seen thousands of projects that develop women and girl’s rugby supported throughout Wales – from grassroots to elite. This includes funding to the Welsh Rugby Union (WRU) to support the growth of the women’s game across the board.

Projects like West Swansea Hawks Rugby Club are among those working their magic at grassroots level to develop women and girls’ rugby, thanks to the support of National Lottery funding.

The Hawks were founded in 2016 from Gowerton RFC when they had around 20 girls sign up, but now count over 150 participants in their ranks.

And in 2019, the club launched a senior side, West Swansea Hawks Ladies, and have qualified volunteer coaches dedicated to each age-group side.

West Swansea Hawks received over one thousand pounds of National Lottery funding and Hub Leader, Keith Pritchard, was thrilled with the difference the cash injection has made.

“The funding from The National Lottery has helped in so many different ways,” said Pritchard. “We’ve wanted to make West Swansea Hawks an attractive brand, in terms of facility, kit, training kit, in terms of tackle bags.

“I’ve been around rugby since the age of six and looking at what we have and the way we’ve set ourselves up in terms of equipment, it’s comparable to Welsh Premiership sides.

“We’ve got an enormous amount of kit and resources available and that comes from funding, that comes from the funding that we’ve had from The National Lottery along with some great sponsorship from local businesses”

Pritchard got involved with the Hawks to introduce his daughter to the sport and is delighted that Wales international, Siwan Lillicrap, still finds the time to get down to Gowerton RFC.

“For Siwan to take that time to talk to the girls and say, ‘Look, this is this is what’s ahead of you,’ you can see the girls just light up and it’s great to see, it really is,” said Pritchard.

“She’s a busy person now with her playing career, and she’s out in New Zealand now and about to represent her country in a World Cup. Couldn’t be prouder of her really.”

National Lottery players raise more than £30million a week for good causes including vital funding into sport – from grassroots to elite. Find out how your numbers make amazing happen at www.lotterygoodcauses.org.uk.