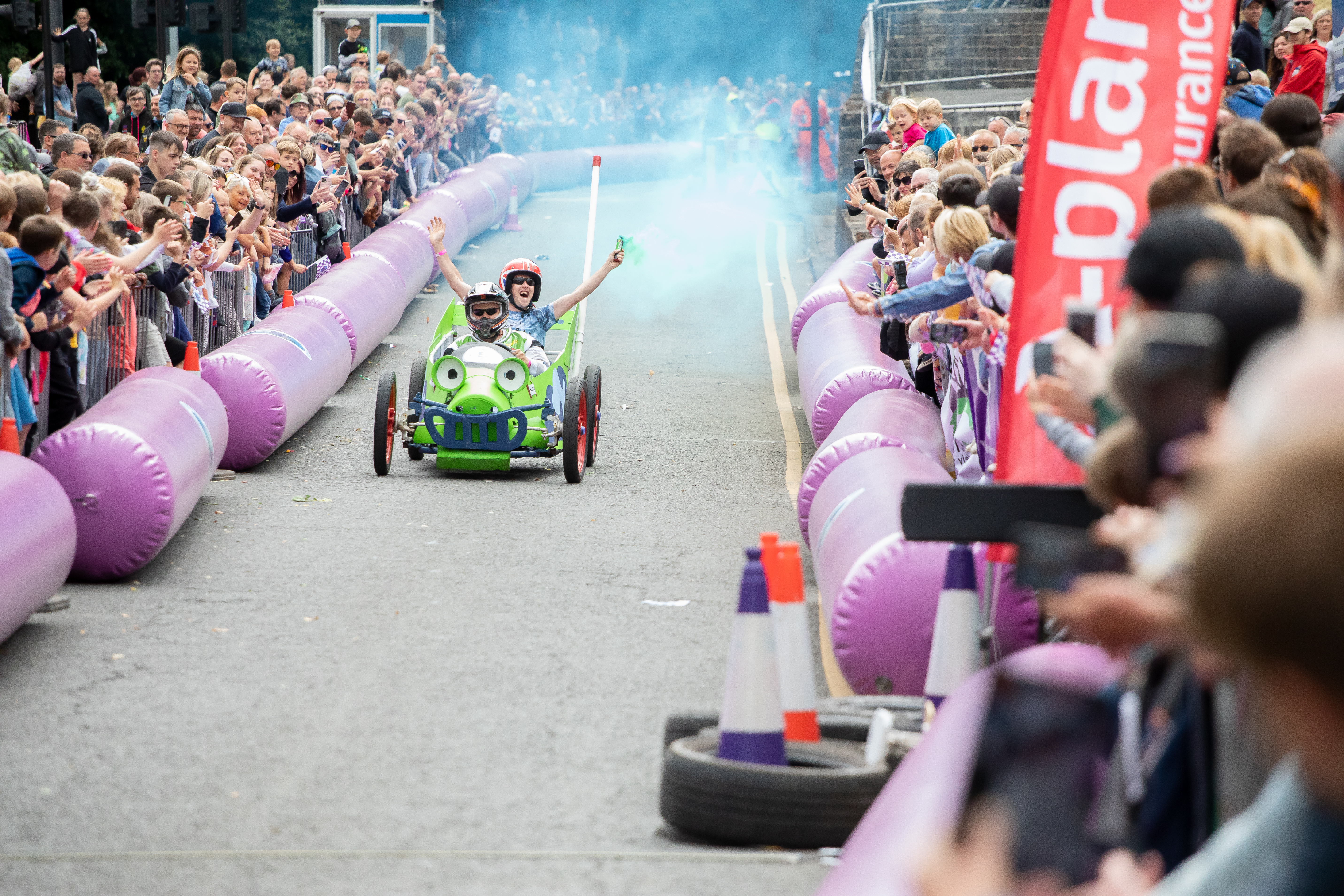 Swansea is set to get a little wackier next year as Krazy Races comes to town on Sunday 18th June 2023.

Krazy Races is a free to attend soapbox derby event, aiming to bring all manner of wild and zany races to towns & cities across the U.K and beyond, while raising substantial funds for local charities.

In 2019, Krazy Races won the Noea Award for Best New Event in the U.K and came back with a bang in 2022 bigger and more ‘Krazy’ than before. So far this year, the team have welcomed thousands of spectators in Shropshire, Cheshire and Wolverhampton city centre on Sunday 21st August.

Swansea Krazy Races is the first of its kind to be held in the city centre, and will mark the first Krazy Races event in Wales. The route will start at the iconic Copr Bay Bridge and travels through the city centre, with lots of free entertainment, local food and activities along the way. The racing route will contain chicanes, obstacles and more with racers expected to be cheered on by over 15,000 locals.

As well as fantastic races, Krazy Races are looking to work with local sponsors and businesses to bring together entertainers, food stalls and more, giving families a fantastic day to remember.

Swansea Business Improvement District (BID) approached Sarah Belcher Events Limited, the organisers of Krazy Races, to bring this unique event to the city after the tremendous success of the previous events, and will be working closely with the events team as Headline sponsors.

Sarah Belcher, Founder of Krazy Races, said: “We are so excited to be officially announcing Swansea as our first Welsh location.  After a challenging couple of years away, we have come back strong in 2022 and the feedback from businesses, teams and spectators is that everyone needs a bit of fun, some laughs and joy after a very difficult couple of years. Krazy Races will bring that to Swansea in spades!

“We would like to say a massive thank you to Andrew Douglas from Swansea BID who has worked so hard to bring us to Swansea, and for the whole of the BID for coming on board as headline sponsor. We can’t run our free to attend events without the support of our amazing sponsors, and we are so grateful and excited to be working with such an enthusiastic team!”

Andrew Douglas from Swansea BID told us: “We approached Krazy Races about bring their amazing soapbox derby to Swansea City centre and our Business Improvement District as it’s a fun event that will help improve the economy and vibrancy of our area supporting our c.800 businesses. In order to bring it here we stepped in to be its main sponsor and are really looking forward to this event, the first of its kind in Wales to come to our city next June!”

Applications for teams to enter open today, with event organisers looking for 20-40 teams to enter the race in a knockout style competition with multiple trophies. Teams and spectators are encouraged to raise as much money as possible for charity, and later this year, the event will announce its official Swansea Krazy Races headline charity.

Information on how to enter can be found on The Krazy Races website.