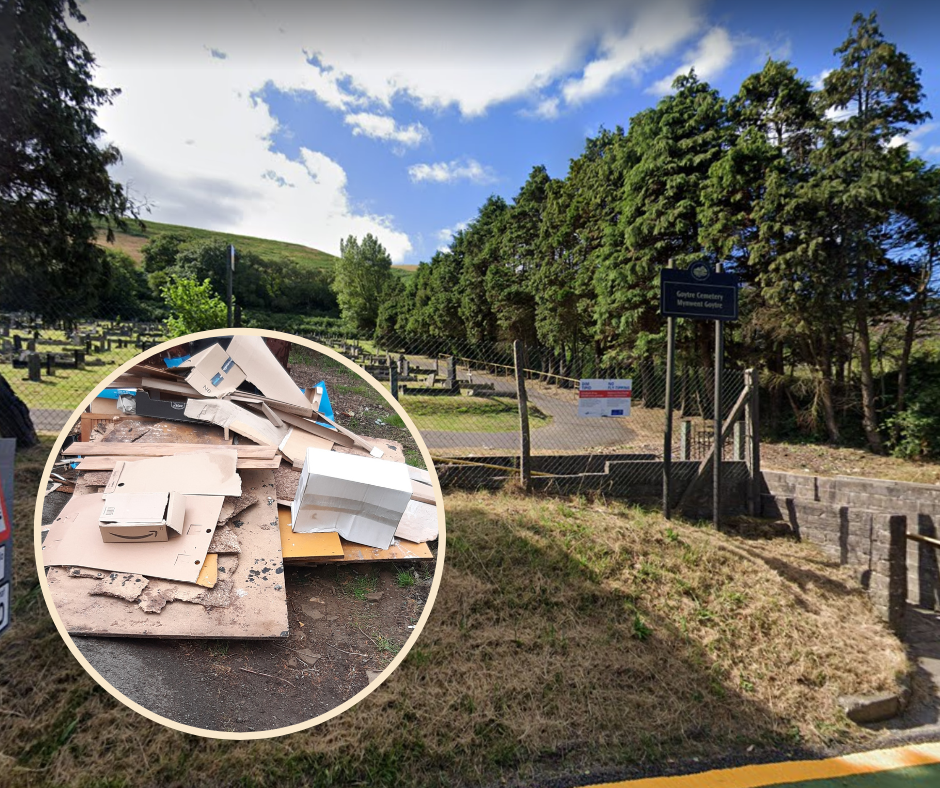 A man from Port Talbot has paid a heavy price for fly tipping on land at a local cemetery.

At Swansea Magistrates’ Court on Thursday (6 October), 50 year-old Pawel Mieczyslaw Samselski of Emroch Street in Goytre was sentenced to a fine, legal costs, clean-up costs, and a victim impact surcharge totalling £4,303.12 after admitting three counts of illegally depositing waste at Goytre Cemetery and one of illegally transporting waste.

Three loads of household waste including black bags, parcel boxes, and carpeting, were deposited on separate occasions earlier this year on land at the cemetery.

After complaints were received, Neath Port Talbot Council waste enforcement officers found the waste originated from householders in Newport and Cardiff. They had either used Samselski’s service previously or responded to removal advertisements on Facebook from an alias of his, Paul Max.

A Facebook site under the name “Paul Madmax” was discovered offering removal services featuring a van with a logo on its side.

The same van was later discovered close to the defendant’s home in Goytre and he later admitted to council enforcement officers the removal and depositing of the waste found at the cemetery.

He also accepted he did not have a waste carrier licence.

Cllr Scott Jones, Neath Port Talbot Council’s Cabinet Member for Streetscene, said: “We take fly-tipping extremely seriously as it damages the environment of our residents, and this case has shown how seriously the courts are taking the issue too.

“We will always take action against the illegal dumping of waste to protect our environment and help improve the look of our towns, valleys and villages.”