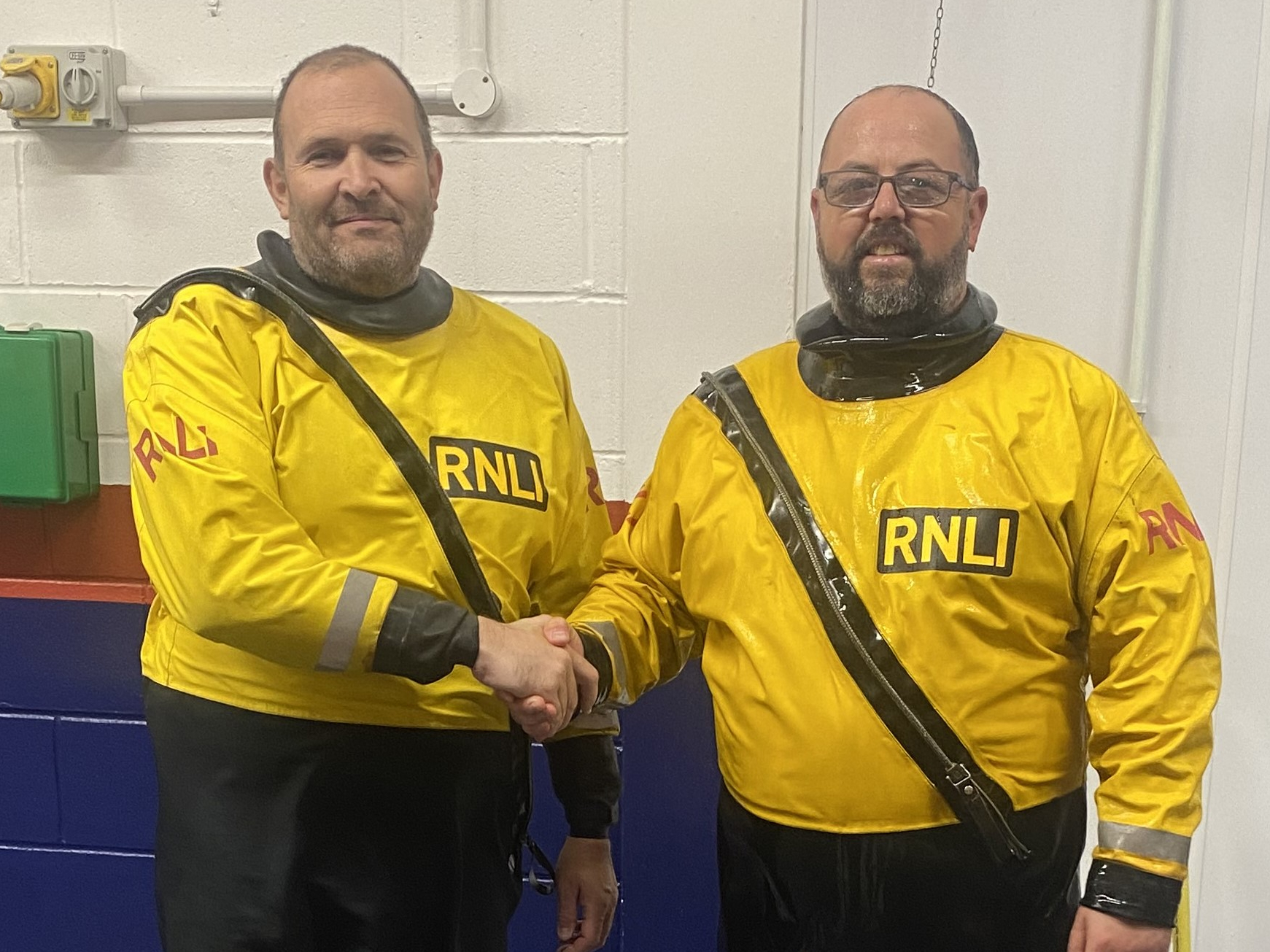 During the assessment, a real-life scenario involving an overdue paddleboarder turned into an actual call for help.

An observant members of the public attended the station to report their concerns for a paddle boarder thought to be in difficulty one and a half nautical miles off Port Talbot RNLI Lifeboat Station. With dusk rapidly descending and an off shore wind increasing, Port Talbot RNLI lifeboat with James as helm was diverted from the assessment to investigate.

The volunteer RNLI crew responded quickly to this real scenario with quick thinking and professionalism.

Once on scene, the casualty stated whilst very grateful to see the lifeboat, he was able to make a safe return to his launch site under his own paddle power with the very welcome escort of Port Talbot lifeboat.

Once safely escorted back to the launch site, Port Talbot RNLI lifeboat continued their scenario-based assessment search for an overdue paddler board.

As the lifeboat was being made ready for service, the assessment crew were debriefed by the RNLI Trainer Assessor and James was delighted to hear he had passed out.

James said: “After so many years training to become an RNLI helm, this was the culmination and highlight of my career. I very much look forward to passing on the skills I have learned to current and new crew in the unending honing of the skills required to save lives at sea.

“I would like to thank the crew that supported me during the assessment, and all the many shore crew, drivers and officials who gave up their evening to make this such a very special occasion.”

Lifeboat Operations Manager, Clive Morris said: “The amount of hours studying putting theory into practice and practice into reality takes time and dedication. RNLI lifeboat helms have to make decisions that can be life changing, not just for the casualties being assisted but lifeboat crew members also. This is way training is important. Becoming a helm is a massive achievement and shows that hard work pays off.

“James is a massive assist to the RNLI, Port Talbot Lifeboat Station and the wider community that we serve. We would all like to offer him our congratulations.”