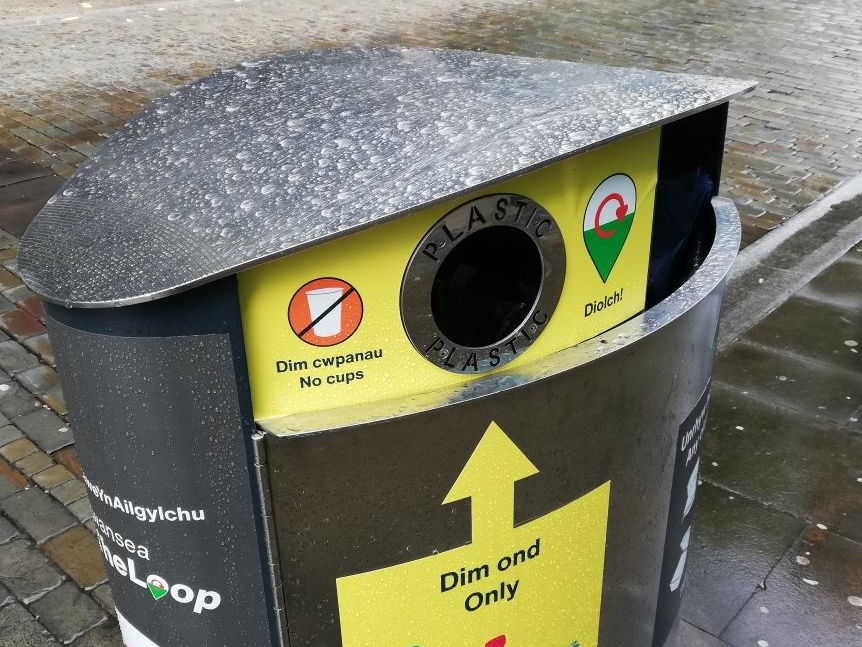 New ‘smart bins’ which tell you when they are full are being trialled in Swansea.

The new tech is part of a new Litter Bin Strategy set for approval by Swansea Council which includes a range of measures to improve litter bin provision in the city and also deal with litter problems.

Special sensors installed in the litter bins will send a signal to the Council’s Cleansing Service, letting them know they need to be emptied.

The trial of the bin sensors is currently planned for the city’s Marina.

The Council is also looking to survey existing locations of litter bins and dog bins to assess their use, condition and if they need to be replaced with new ones.

Red-coloured dog waste bins will also be a focus of the strategy with long term plans to phase them out and replace them with larger bins which can be used for both litter and dog waste.

The new plans are part of the Council’s promise to create a cleaner environment for everyone and encourage residents to take pride in their community.

Cyril Anderson, Cabinet Member for Community, said: “Emptying and maintaining litter bins in the city is a huge task and one that is vital in terms of keeping communities clean.

“We need a strategy in place that looks at the overall picture of what we do, how often bins are emptied, which ones fill up the quickest and what condition they are in.

“I’m keen we embrace existing new technology that is available which could be implemented to let us know when litter bins are full and need emptying.

“Overflowing litter bins often give the public the impression we are not emptying them regularly, which isn’t the case. Factors such as good weather conditions can encourage more people to go out and about and this can quickly lead to litter bins becoming full.

“Our new strategy takes a wide view of our working practices as well as how the public use bins.

“We want a clean city that residents take pride in. Hopefully, the new strategy will help us achieve these aims and ensure our beaches, parks and streets are litter free.”

Earlier in the year, the Council introduced new bins on beaches specifically for disposable BBQs. The intention was to encourage the public to use the bins instead of abandoning the BBQs on beaches, risking injury to the public.

The purpose-built BBQ bins will now be taken into storage during the winter and will be reinstalled in 2023 when the new summer season gets underway.