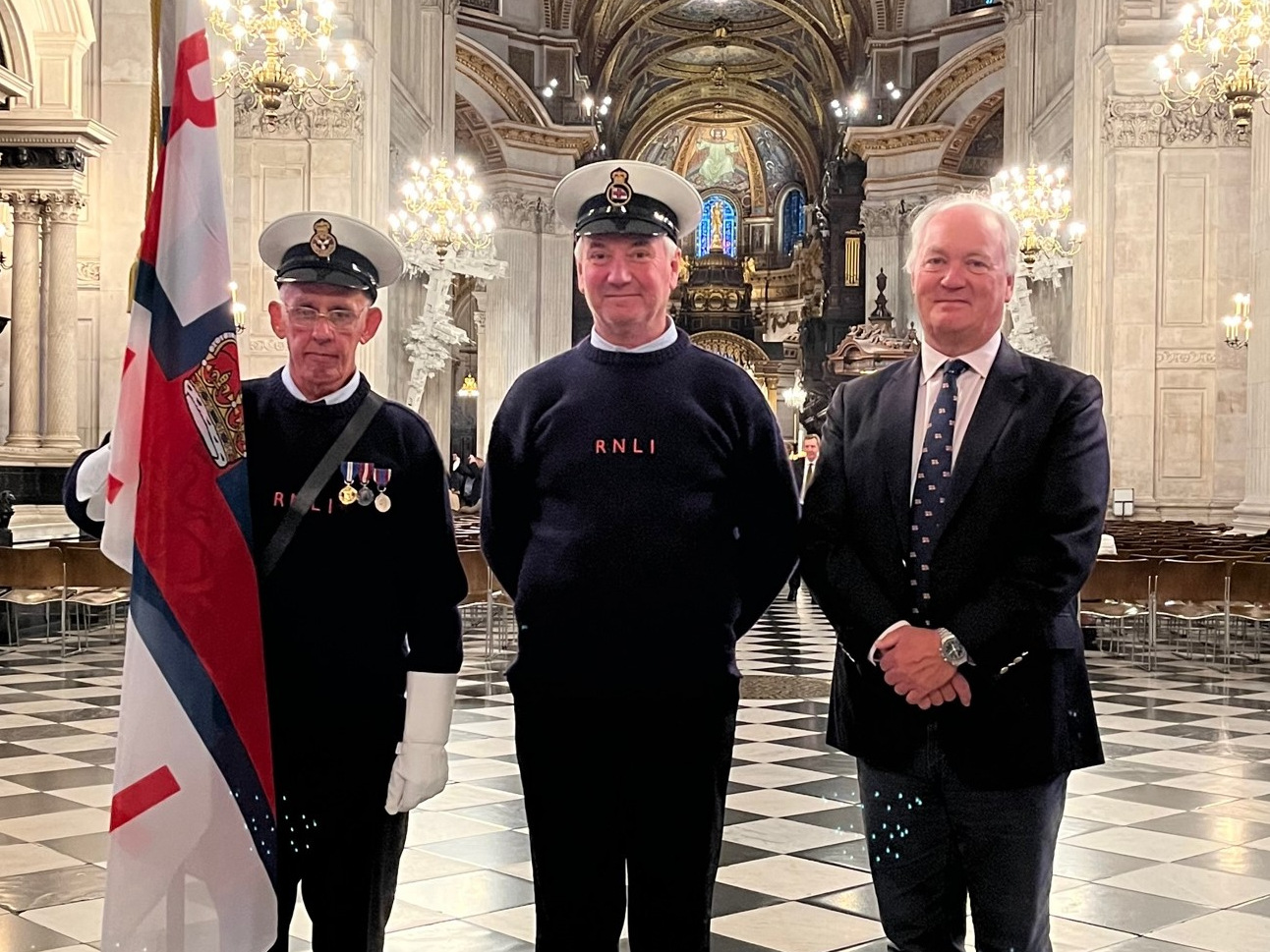 Roger Strawbridge, a Fishguard RNLI volunteer for nearly half a century, accompanied by wife Gail and fellow crew member Steven Done travelled to London to attend the Annual National Service for Seafarers.

The station was chosen to attend the event yesterday in recognition of the fact this year Fishguard celebrates its 200th anniversary.

The service has been held in St Paul’s Cathedral each October each year since 1905 with a few exceptions due to the first and second world wars and a recent pandemic.

Roger said: “I was truly honoured to be a standard bearer, representing the RNLI at St Paul’s Cathedral, especially as this year is Fishguard station’s 200th anniversary. I served 47 and a half years as a crew member in various roles – that’s almost one quarter of the station’s existence and I’m very proud of that.

“I feel extremely privileged to have been chosen and it was an occasion I will always treasure, especially as my wife, Gail, was there in the cathedral to witness it too.”

Fishguard lifeboat was originally established in 1822 in its 200 years, 28 medals have been awarded to crew – one Gold, 18 Silver and nine Bronze.

The Fishguard crew were joined at the service by representatives come from the Royal and Merchant Navies, the commercial world, shipping companies, mission and philanthropic societies, schools and museums, veterans’ associations, labour unions, youth and leisure organisations

The choir during the service was made up from schools including London Nautical, Pangbourne College, Royal Hospital School, The Royal School, and music is performed by The Royal Marine Band.