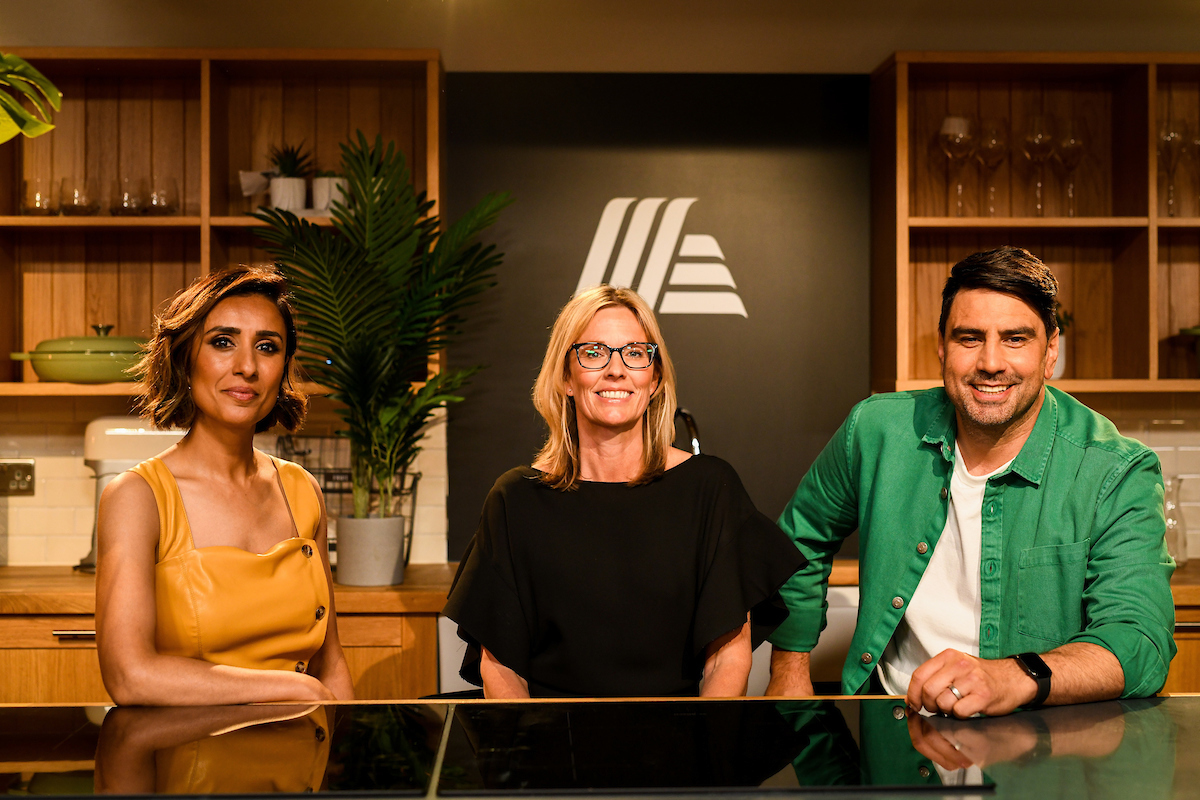 Budget supermarket Aldi says it’s continuing its commitment to British suppliers with the launch of ‘Aldi’s Next Big Thing’, a brand-new Channel 4 TV series that sees the supermarket uncover and stock exciting new products from the UK’s best small food and drink businesses – propelling them into the big time.

The programme, which launches on Thursday 20th October at 8pm, is hosted by Anita Rani, of Countryfile and BBC Radio 4 and Chris Bavin, of Britain’s Best Home Cook and Eat Well for Less.

Viewers will see Aldi behind the scenes for the first time ever, as thirty-six suppliers visit the supermarket’s headquarters to showcase their products to Julie Ashfield, Managing Director of Buying.

From dinner and baked goods, to store cupboard essentials and delicious treats, each episode will see the panel deliberate on factors such as price, packaging, customer demand, and the ability to scale up, as it whittles six products down to two.

The two finalists then have four weeks to work on Julie’s feedback, before returning to Aldi with their new and improved products, to learn who has won the biggest contract of their lives.

Each of the winning products will appear as a Specialbuy in over 970 Aldi stores nationwide, coinciding with the episode airing.

Anita Rani, presenter, says: “This has been an incredible journey from start to end. From getting to know the suppliers, visiting their places of production, and even being part of the team at Aldi headquarters. I’m excited to hear viewers’ reactions to the stories, and to find out if they love the winning products as much as we do.”

Chris Bavin, presenter, says: “As a former greengrocer, I jumped at the chance to be part of this programme which takes small businesses and offers them life changing opportunities. The trials and tribulations of running your own company, especially in the current climate, are all made worthwhile when a large retailer like Aldi recognises the accomplishments.”

Julie Ashfield, Managing Director of Buying at Aldi UK, added: “More than three quarters of our sales come from British suppliers, and we are constantly exploring ways in which we can further support small local businesses. To be able to offer a platform to showcase new food and drink products to the nation is incredibly exciting.

“We look forward to working with new suppliers and continuing our commitment to offer shoppers high quality, fresh products at the best possible prices.”

The multi-category competition is part of Aldi’s ongoing commitment to locally sourced products. Aldi has pledged to prioritise home-grown suppliers as it works towards spending an additional £3.5 billion a year with British businesses by the end of 2025.

Aldi’s Next Big Thing airs on Channel 4, every Thursday at 8pm until 24th November.

Luke Evans’s odds dramatically slashed for the next James Bond