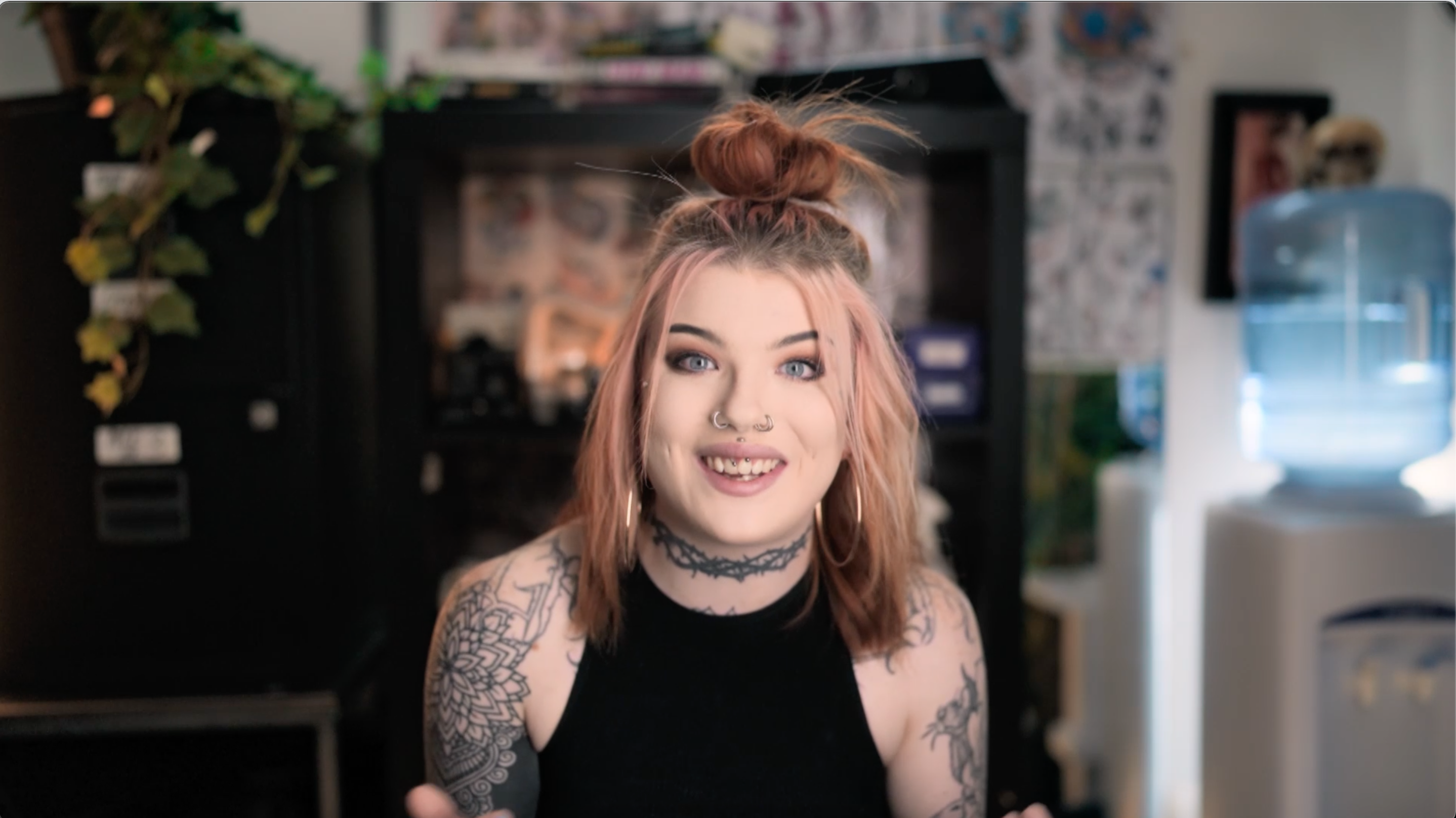 A body piercer from Swansea is to appear in the new series of hit BBC THREE reality show Angels of The North, premiering tomorrow.

Following the ambitious and talent young people of Newcastle and Tyneside (where Carla has moved to) as they work and play, Angels of The North is packed with the highs, lows and everything-in-between of running their successful businesses. The first three series have been downloaded 9.5 million times.

On filming for the show, Carla says ‘I started watching when it first came out and never expected that I’d be taking part in it! It was a lot of fun but it was also quite stressful because it was the middle of summer and it was really hot. It was really busy in the studio too. It’s so fast paced there, it’s crazy!’

On the cameras, Carla says ‘You forgot they were there. We had such a good relationship with our camera crew, it was always fun with them. I even got to pierce one of their ears!

Carla got in to body piercing after originally training as a make up artist. ‘I wanted to be a body piercer for years and years. I finally got in to it after my ex boyfriend got a tattoo apprenticeship at a studio in Newcastle and I asked them if I could be a piercer there.’

Elsewhere on the upcoming series, viewers will see super salon Longlox’s owner Sammyjo off her medication following her mental health struggles and finally feeling strong enough to take back the reins of the business from ‘mamager’ Bev.  It’s a huge milestone for Sammyjo and the whole of Longlox are behind her.

At Pure Ink, owner and long time friend of Sammyjo, Shane is delighted to have little sister Jade back at work after having her daughter, Alaya. He’s loving life as an Uncle; meanwhile Jade is getting to grips with the tough work/life juggle that comes with being a new mam.

Viewers will also start to see Carla become homesick and pine for Swansea. On her Welsh background, Carla says ‘I love how everyone is so patriotic and so proud of being Welsh. I love the togetherness. And Welsh Cakes!’

Will Carla stay in Newcastle? Or will the calling of her Swansea roots be too strong?

The brand new episodes of Angels of The North will air on Mondays and Thursdays on BBC THREE at 8:30pm from Monday 17th October. For those who can’t wait, all episodes will land on BBC iPlayer at 0600 on the same day.

Luke Evans’s odds dramatically slashed for the next James Bond