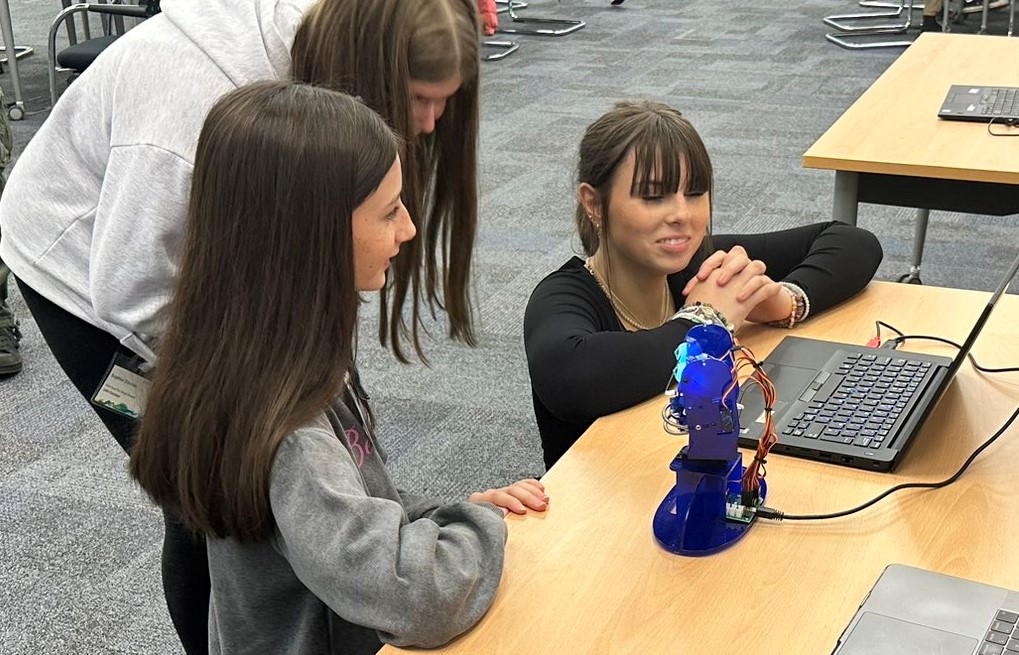 Careers in science, technology, engineering and maths are not just for boys, was the message at an alternative careers event for girls at the DVLA in Swansea.

Wales’ leading gender equality charity, Chwarae Teg partnered with the DVLA to present the next Not Just for Boys event on the 14th of October.

Not Just for Boys aims to give girls in years 8 and 9, from invited local schools, the chance to find out more about different career options before they choose their GCSE subjects.

Birchgrove School attended the event, which particularly focussed on careers in ICT.

The DVLA is one of South Wales’ largest employers and is responsible for maintaining the registration and licensing of drivers in Great Britain. It is enthusiastic about encouraging girls
into STEM subjects and has run a DVLA STEM volunteer-led programme since 2014 to promote STEM subjects to grass roots organisations and schools in Wales.

The ICT careers fair was in celebration of two events – Ada Lovelace Day, an English Mathematician who was known for her work on the Analytical Engine and International Day of the Girl.

The pupils attending the event went on a tour of the DVLA workplace to see what it is like to work in the ICT industry. They were able to meet and speak with female role models from a range of career paths within ICT and take part in try-a-trade activities.

The “Young Women’s Experiences of Careers Advice and Guidance in Wales” report published this month by Chwarae Teg explores the current picture of career advice services for young women in Wales. Frustratingly, is shows too many career choices continue to be shaped by longstanding gender stereotypes – leading to gender segregation in the workplace and Wales’ persistent gender pay gap.

Women are still favouring traditionally female dominated sectors, despite the need for more women in sectors such as STEM which can offer higher salaries.

Cara Lloyd from Chwarae Teg said:  “Chwarae Teg wants to give girls the opportunity to explore careers that they might not consider as women, and we are delighted to be working with a fantastic, Welsh employer like DVLA to spread this message. Not Just for Boys gives girls a chance to meet role models from the different sectors and to try their hands at new skills.

“Current surveys indicate that only 11% of the UK’s engineering workforce is female and that the UK has the lowest percentage of female engineering professionals in Europe. This event at DVLA, an important local employer, will show girls that they too can aspire to a career in non-traditional sectors.”

Amy Taaffe-Evans, DVLA’s Head of IT Controls said: “It is wonderful to be able to restart our commitment to school hosting days and to be partnering with Chwarae Teg in delivering this pilot session.

“Today is a great opportunity to inspire and encourage more young girls to consider a career in digital and highlight the brilliant digital career and development opportunities that the
agency offers.”