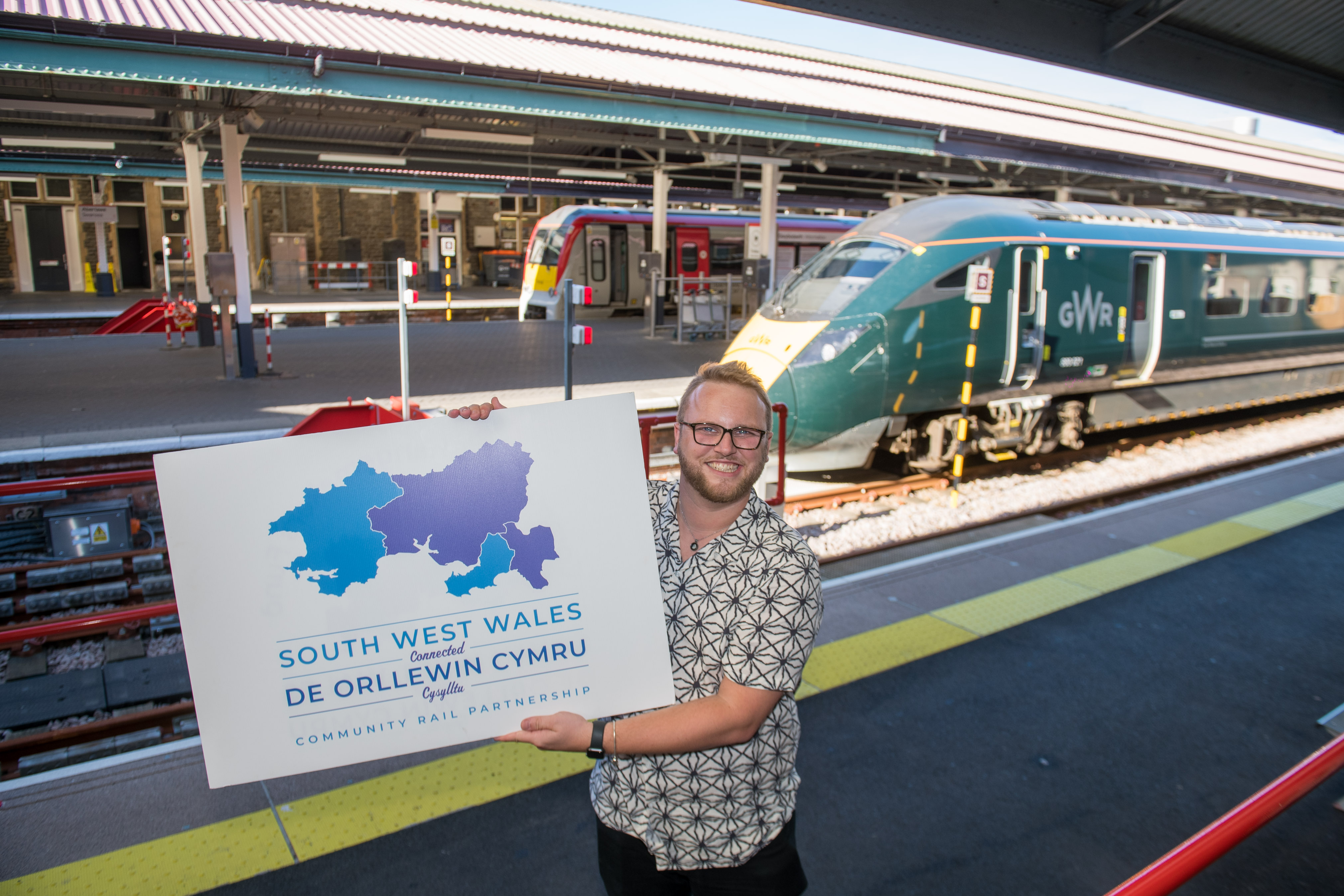 South West Wales Connected Community Rail Partnership has been re-accredited by the Community Rail Network. This means it can now press ahead with several important projects.

South West Wales Connected is a Community Rail Partnership established by Transport for Wales and hosted by 4theRegion, a membership alliance working to bring about positive change in Swansea, Neath Port Talbot, Carmarthenshire and Pembrokeshire.

The overall purpose of Community Rail Partnerships is to encourage greater use of rail services through increased participation of local communities in their rail line and through a range of activities at and surrounding their station to provide economic, social and environmental benefits to the region’s residents and visitors.

Community Rail is a government strategy supported by the rail industry. It engages local people in the development and promotion of local and rural routes, services and stations. It also encourages the community to get directly involved in improving the railway environment through the use of redundant buildings, provision of additional services such as cafes, and the improvement of railway land.

The accreditation of South West Wales Connected is important because it’s a quality mark administered by Community Rail Network, the overarching organisation that administers the accreditation process on behalf of the Department for Transport and the Welsh Government. It demonstrates that it is a trusted, well-managed organisation.

The South West Wales rail network has 29 stations, reaching from Port Talbot to Fishguard. Now that South West Wales Connected has been re-accredited, it can launch its 2023 Community Changemakers Fund, which awards funding of between £300 and £1,000 to groups and organisations working to drive positive changes in the communities along the network.

It will also move forward with its sustainable travel workshops, Safer Stations campaign and its Community Champions initiative.

Hugh Evans, Head of Community Rail, said: “Since its inception, South West Wales Connected has continually demonstrated its desire and ability to successfully deliver a range of community projects. Its focus on collaborating and co-creating has been a refreshing approach and I am sure it will continue to deliver innovative projects that support both the railway and the communities it serves.”

“We’re delighted to have been re-accredited by the Community Rail Network. This gives us the green light to move forward on a host of important projects which will benefit our rail network and the communities along it. From funding community initiatives to spreading the word about sustainable travel, we’ve got lots in store for the coming year.”

Funfair proves a big hit with hospital patients and staff