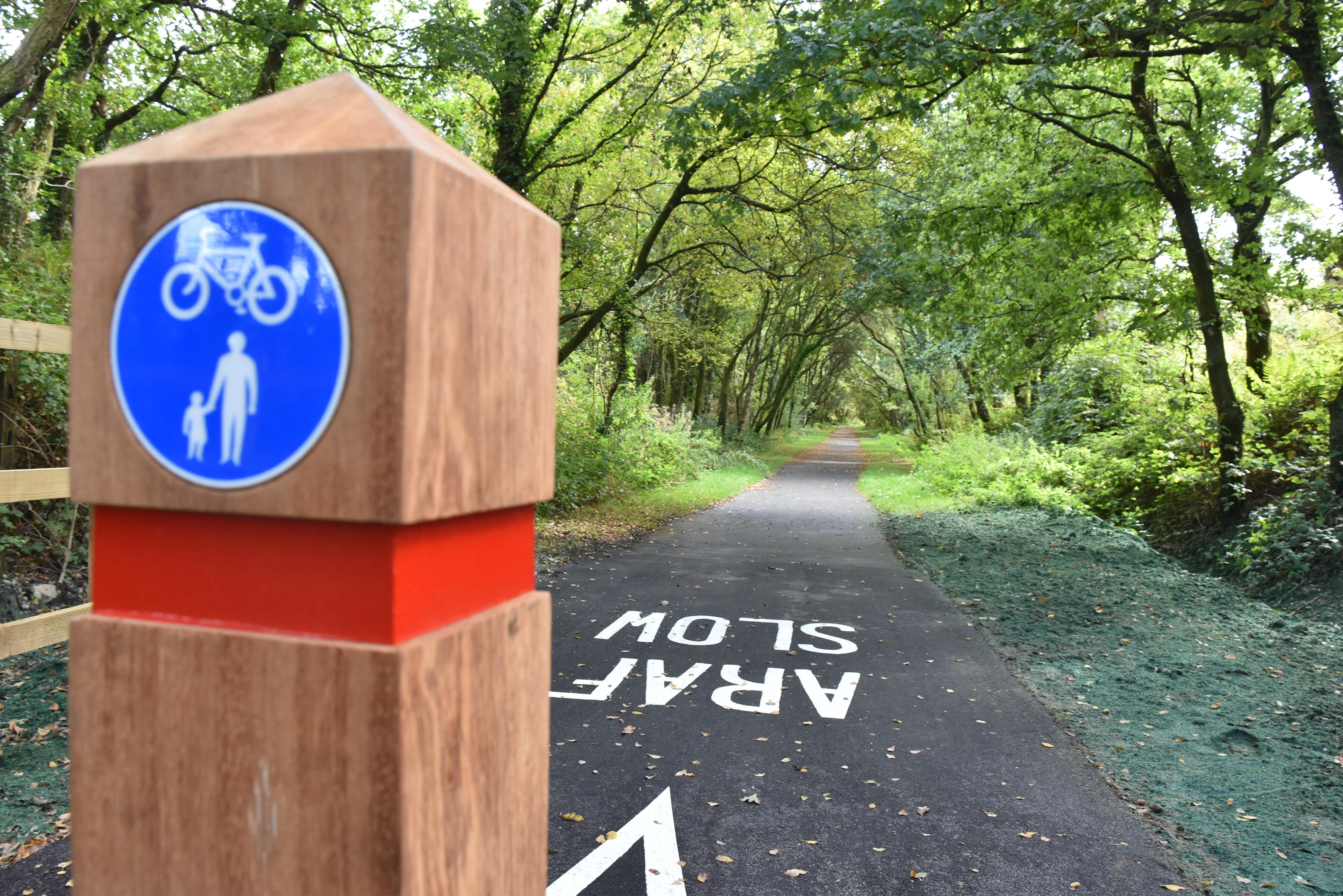 A new walking and cycling route is in development in a Swansea community.

Hundreds of residents living at Parc Bryn Heulog near Birchgrove have, for years, been forced to walk in only one direction when leaving the estate, because of the absence of a pavement along the road.

The latest plans to create a new walking and cycling route along Ynysallan Road, will now make it possible for residents exiting Herbert Thomas Way, to make their way in the opposite direction, to Ynystawe, on a bike or on foot.

Parents living in the location who have children attending schools in Ynystawe will now finally be able to walk and cycle instead of using a car.

Funding for this much-needed route was awarded through the Welsh Government’s ‘Active Travel’ initiative and is part of a £7 million grant awarded to the Council following successful bids to develop and deliver a range of walking and cycling improvements across the city.

The works on Ynysallan Road are part of a package of works called ‘Swansea Valley Links’, which includes an extension to the recent walking and cycling improvements through Morriston, providing better links to existing routes along the River Tawe.

Andrew Stevens, Cabinet Member for Environment & Infrastructure, said: “I’m confident that residents living at Parc Bryn Heulog will find the new walking and cycling route a huge benefit for them.

“Ynsyallan Road has only had a pavement in one direction from their community, preventing them from walking to nearby communities such as Ynystawe where some might be attending local schools.

“The new shared use pavement will now give residents an additional option of walking in whichever direction they want.”

Dozens of schoolchildren recently helped open another walking and cycling route, created along a disused railway line near Grovesend.

The 1.8km route between Grovesend and Pontarddulais links up with an existing section of track and now makes it possible for residents to cycle and walk all the way to Swansea Bay without using a main road.

Cllr Stevens added: “I was thrilled to be part of the recent opening of the new route at Grovesend. It is a great asset to the community and is providing many benefits for locals as well as those living in other parts of the city who want to make use of the route.”