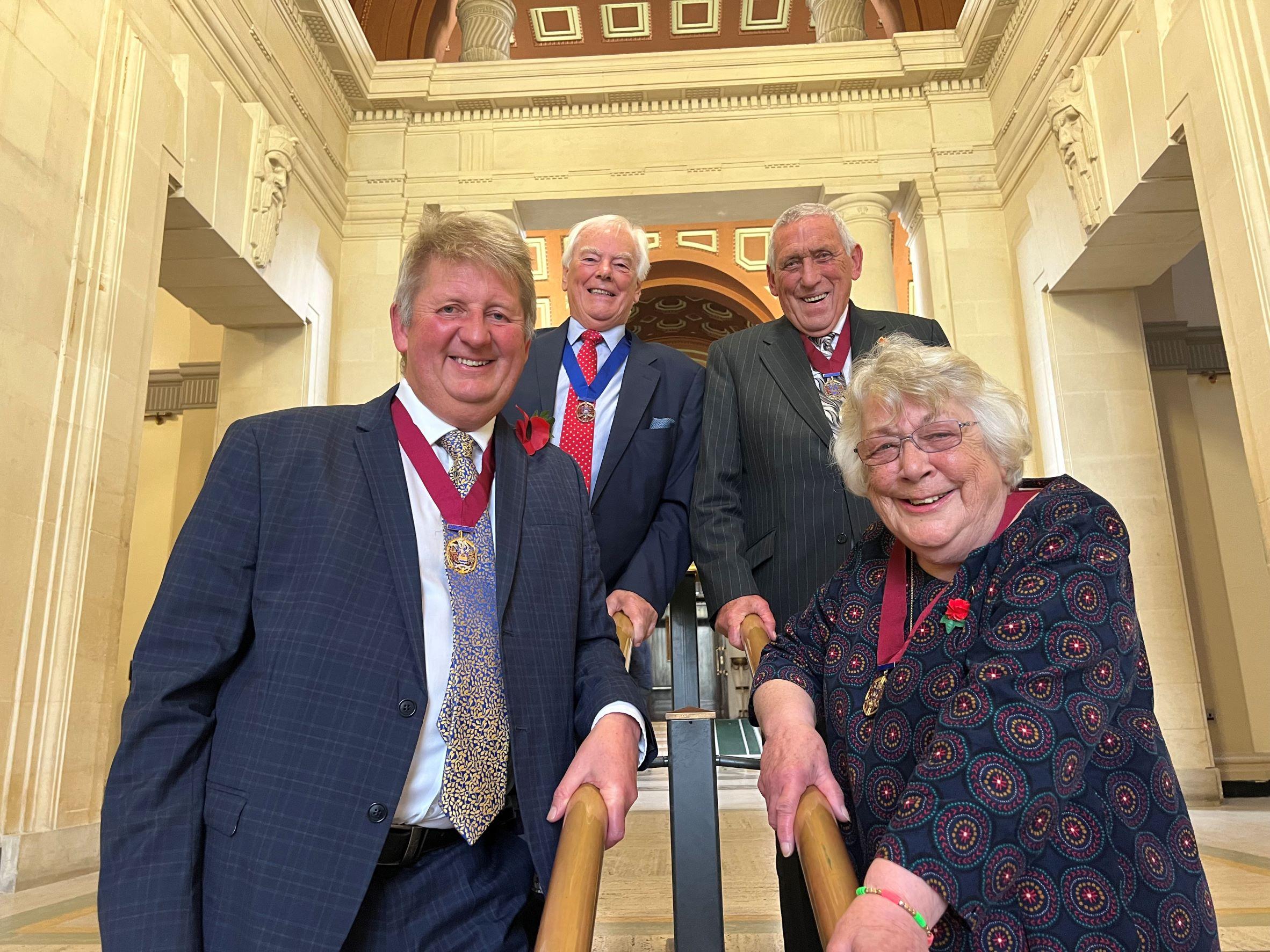 Four former Swansea Lord Mayors have been conferred with the title of Honorary Alderman or Honorary Alderwoman of the city at a ceremonial meeting of the council.

The four former councillors who’ve also served as Lord Mayors – Des Thomas, Gareth Sullivan, June Burtonshaw and Mark Child – had the honour bestowed upon them at the meeting on October 28. All of them stepped down from their roles as councillors at the elections last May.

Each of them was presented with a special certificate at the ceremonial event.

The Council’s presiding officer, Cllr Jan Curtice, said: “I would like to pay tribute to the four former councillors who are being honoured by having these titles

“The honours are in recognition of the decades of service each of them gave to their constituents and Swansea Council. Between them, their record of service adds up to more than 142 years.”

The title of Honorary Alderman or Honorary Alderwoman was introduced in Swansea in 1972 and is conferred on former councillors who have also been Lord Mayors as recognition for long-service after they have stepped down as ward members.

They are not paid for their role and they have no voting rights. They are often invited to attend civic ceremonies as the council may from time to time decide. They are also invited to events where their personal knowledge or interest would add value to the occasion.

This could include Lord Mayor Inaugurations, the Christmas Carol service, celebratory and commemorative events and freedom ceremonies.