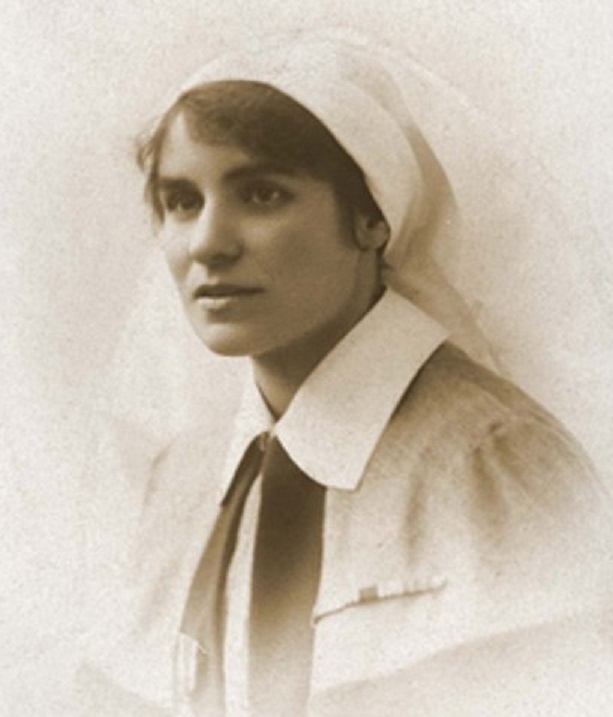 Elizabeth ‘Betsy’ Thomas, a fearless young military nurse from Seven Sisters rescued from the water after her transport ship was torpedoed went on to win the Royal Red Cross for her work in treated wounded soldiers.

But sadly, not long after the end of World War One, she died from tuberculosis, thought to have been caused by the time she spent clinging to life in the sea.

Betsy’s is just one of a host of moving stories in an exhibition entitled Heroes Gallery which begins at Port Talbot’s Aberafan Shopping Centre on Saturday, October 29th as part of the Mayor of Neath Port Talbot’s Armed Forces Festival.

Created by Neath Port Talbot Council’s Culture and Heritage Service, it’s about those from the Neath Port Talbot area, both on the battlefield and the home front, who were involved in the titanic 1914-19 conflict which became known as ‘The Great War’.

Among those featured are Rupert Price Hallowes, an Assistant Works Manager at Port Talbot’s Mansel Tinplate Works and local scout leader, who after winning the Military Cross for bravery was awarded the prized Victoria Cross posthumously after being fatally wounded in battle at Hooge in 1915 where he again showed outstanding courage.

Allan Leonard Lewis who lived at Creswell Rd, Neath, was also awarded a posthumous Victoria Cross – the UK’s highest award for courage – after he was killed in action at Ronssoy in September 1918 at 23 years of age where he showed ‘disregard for danger’ and ‘conspicuous bravery’.

Dramatic pictures of mainly female workers (munitionettes) at Taylor’s Foundry in Briton Ferry where artillery shells were made, showed how Neath Port Talbot played its part on the home front.

Britain alone produced nearly four million rifles, a quarter of a million machine guns, 52,000 aeroplanes, 25,000 artillery pieces and more than 170 million rounds of artillery shells by the end of the war. The coal, steel and tinplate industries in the Neath Port Talbot area supported the war effort enormously by producing materials, munitions and coal to fuel the ships.

And local hospitals such as the Third Military Hospital in Penrhiwtyn, Neath, were backed by many auxilliary hospitals set in sizeable buildings such as The Laurels in Neath, Baglan Hall and Glanrhyd, Pontardawe.

Heroes Gallery, with funding from the National Heritage Lottery Fund, can be seen at the Aberafan Shopping Centre until Remembrance Sunday.

Funfair proves a big hit with hospital patients and staff