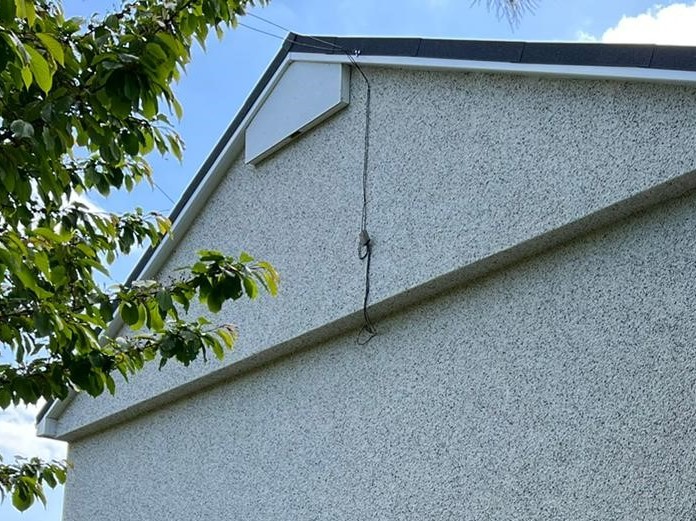 Although bats might be unfairly associated with Halloween, building officers at one Welsh social housing provider and tenants have been doing their bit to help our flying friends.

Because bats are so threatened in the UK because of human activities such as building work, increased noise and pesticides which kill their food source, strict laws had to be put in place around building work to help protect them.

Karl Jones in Major Works Manager at Tai Tarian. He said they had to work with an ecologist to make sure the bats, and their tenants could live happily side by side:

“The site is really close to Margam Park which is home to several species on bats, some of them rare. We worked closely with an ecologist and Natural Resources Wales after learning that the bats were present to make sure they had appropriate replacement.

“In fact, we were told they were using the Greenacres property as a kind of ‘hotel’ so we have built a bat box on the side of the home in case they stop over now and again.”