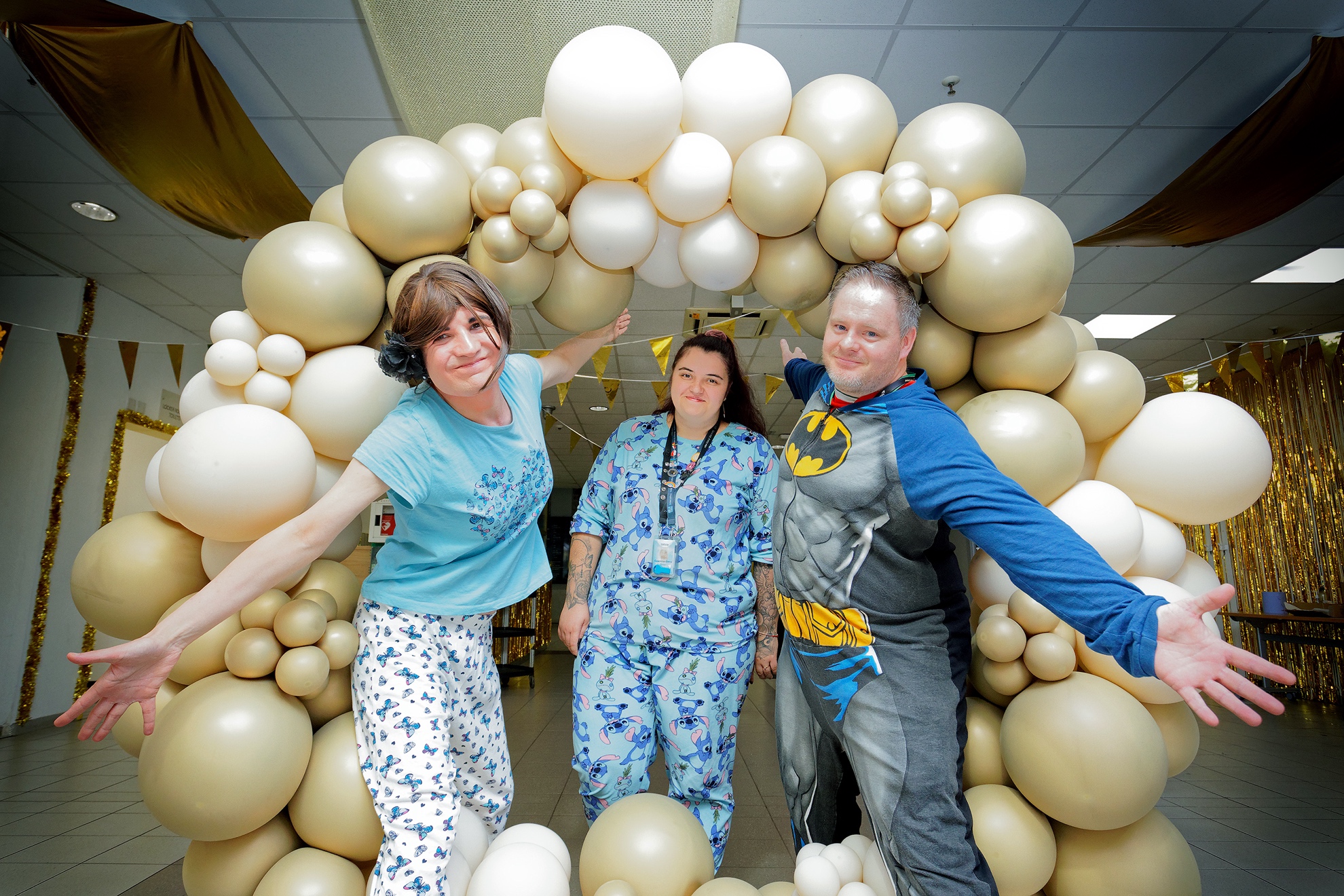 The team at Amazon’s fulfilment centre in Swansea made a £1,000 donation to Kids Cancer Charity as part of the company’s global Amazon Goes Gold for Kids with Cancer campaign during Childhood Cancer Awareness Month.

Now in its sixth year, Amazon Goes Gold for Kids with Cancer raises funds and awareness for organisations working to increase survival rates for those with childhood cancer through life-saving treatments and research.

A gold ribbon is the universal symbol for childhood cancer, so this year, Amazon employees from Swansea held a month-long series of gold-themed events in recognition of the international emblem.

One of the events this year at Amazon in Swansea was a Pyjama Day, which saw the fulfilment centre team join with colleagues across the UK to wear pyjamas to work in honour of children who spend every day in their pyjamas during treatment.

Amazon Swansea General Manager, Christopher Law, said: “We are proud to support Kids Cancer Charity in honour of Childhood Cancer Awareness Month and this year’s Amazon Goes Gold for Kids with Cancer campaign. We look forward to doing our bit for children with cancer every year, and hope that this donation offers encouragement to the charity’s brilliant team and the families it supports.”

One of the Amazon employees who took part in Amazon Goes Gold for Kids with Cancer is Kate Johnson. She added: “It was great to take part in Amazon in Swansea’s Pyjama Day and help spread awareness of the realities of childhood cancer. I’m so pleased that we could offer support to such an excellent charity.”

This year, Amazon employees in the UK also had the opportunity to support children and families affected by childhood cancer by volunteering with childhood cancer charities and organisations, or by putting together activity packs for children facing cancer, which were distributed to nearby hospitals and hospices.

Amazon Goes Gold for Kids with Cancer takes place annually as part of Amazon’s programme to support the communities in and around its operating locations across the UK.

Time to celebrate as new clock looks to the future