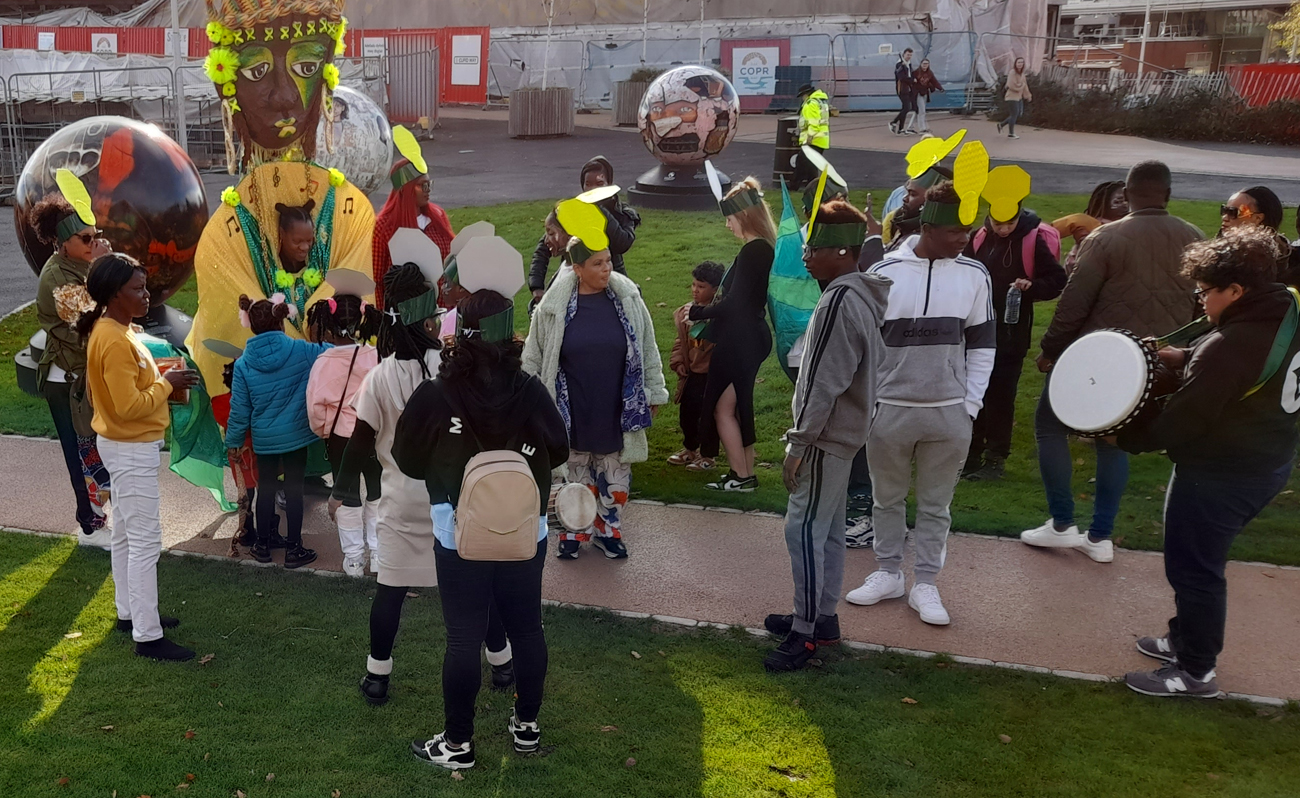 The giant artist-designed globes that formed the centrepiece of the city’s The World Reimagined initiative are set to remain in St David’s Square until the middle of November.

They’re then due to make a final journey to London, to be exhibited in Trafalgar Square with globes from across the UK on November 19-20.

The project, part of a national initiative to focus thoughts on racial justice and the former trade in enslaved Africans, was hosted around the city by Swansea Council. It was given a vibrant Swansea send-off with a day of food, music, arts, crafts and dance.

Partners on the final day’s procession and event at the National Waterfront Museum included the city’s African Community Centre.

Council cabinet member Elliott King said: “The globes and community activity during the course of The World Reimagined has captured the imagination of Swansea people.

“It’s created important new conversations about racial justice and racial equality; I’m confident it will have a lasting effect.

“Swansea is a welcoming city that thrives on diversity. We’re delighted to be partners with The World Reimagined.

“Thanks to all involved in the initiative and in the farewell event and process.”

The World Reimagined community coordinator Cleo Lake said: “People of all ages and backgrounds came together for the procession. The lead costume – Afro-Leana – really helped to spread joy along the route.

“At the museum we enjoyed singing songs from Wales and Africa with artist Molara Awen – and we enjoyed amazing food by local caterers Twale.

“Children loved an engaging arts workshop by Yvonne and the day was rounded off on a high-energy note with a dance workshop by Kel Matsena.

“It’s been a privilege and a joy working with Swansea Council, the African Community Centre, and other partners such as the Waterfront Museum.

“I believe we’ve created some long-lasting connections and have contributed positively to the education and appreciation of African history, our shared history and how we can reimagine the future together.”

The World Reimagined is a UK-wide arts education project featuring globally-recognised artists. it aims to transform how we understand the Transatlantic Slave Trade and its impact on us all.

Related Topics:ArtBAMEglobesSwanseaWorld Reimagined
Up Next

Swansea is the #1 most stressful city to buy a home in the UK, study says

Time to celebrate as new clock looks to the future