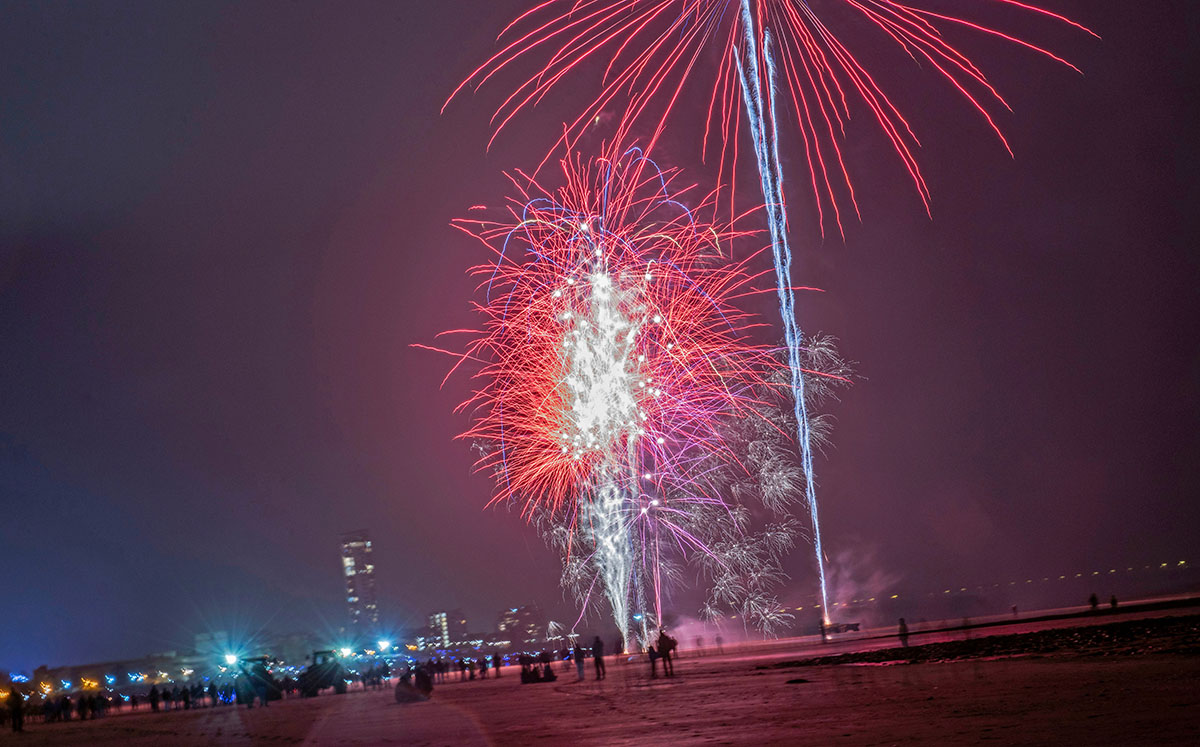 Swansea Council says bad weather forecast for Swansea on November 5 has forced it to cancel its annual fireworks display.

Rain and in particular heavy winds are now forecast for the night the fireworks were due be set off from a barge in the bay – and the council says this is what forced it to take the decision to cancel on safety grounds.

Alternative locations and dates were explored but, unfortunately, have had to be ruled out.

Council cabinet member Robert Francis-Davies said: “We’re hugely disappointed to have to cancel the fireworks display due to the forecast of severe weather as, like thousands of residents, we were looking forward to an amazing event.

“However, safety was our main consideration and the weather forecast for the next few days is predicting stormy winds and rain.

“We waited as long as possible to take this decision in the hope that the forecast would change – but now it’s very likely to be severe weather we’re now forced to cancel.”

Due to high tides on the night of November 5, it was planned that the fireworks would be launched from a seaborne barge. However, the council’s experienced Swansea-based marine supplier said high winds expected in the area now means the show can’t go ahead.

Options for alternative dates, which would have had to be before next week’s important Remembrance events, could not be accommodated.

Alternative locations were also explored including the West Pier, Singleton Park and St Helen’s but all would be equally unsuitable in the heavy rain and wind.

Cllr Francis Davies said: “We now turn our focus to delivering an amazing Christmas parade on November 20 and look forward, weather permitting, to holding an annual fireworks display once again next year.”

Related Topics:featuredFireworksSwanseaSwansea Council
Up Next