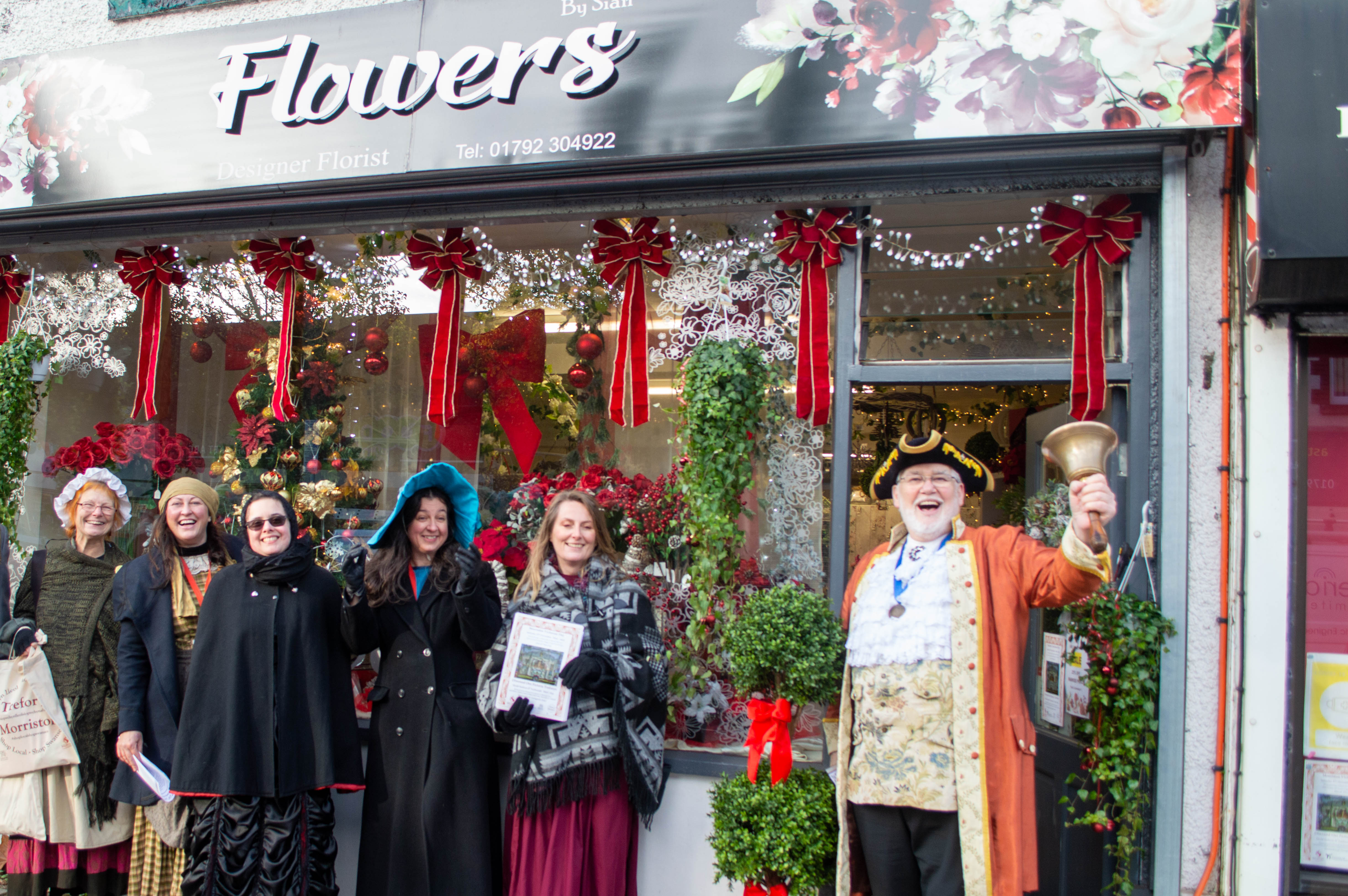 The residents and businesses of Morriston are to take part in a Victorian-themed Christmas event.

Shops are being invited to dress their windows in period style, entertainment is planned for Woodfield Street, the main shopping street – and residents will be asked to shop locally.

Business staff are being urged to dress like the Victorians – anything from the landed gentry to miners and copper workers – and to sell their wares on the street.

The Christmas event – Saturday, November 26 – is being organised by Swansea Council which already has a regeneration project focused on the celebrated Victorian landmark Morriston Tabernacle.

Council cabinet member Robert Francis-Davies said: “This is the chance for the people of an historic Swansea area to take a big step forward – by taking a colourful step back.

“The Victorian Christmas event – the day after Morriston’s annual Christmas lights switch-on and parade – will help focus attention on shopping locally. It will bring more people to town, and more business.

“Morriston has great heritage and we all want it to have a great future. We hope that local businesses, groups and individuals will throw their support behind the initiative. It should be a fun and colourful day.”

Fliers have been distributed to shops on Woodfield Street and businesses are being encouraged to run special offers on November 26.

Roads will remain open as activities and performances take place. The Glantawe Lions will sponsor a competition for the best shop window displays. Santa’s Victorian grotto will be open to all in the Tabernacle.

The event follows a successful inaugural event in the run-up to last Christmas.

The council is regenerating a wider area of the Lower Swansea Valley. Work to open a new base for drinks firm Penderyn is well advanced at the site of the former Hafod Morfa Copperworks, pontoons are planned for the riverbank at the copperworks and New Zealand firm Skyline plans to develop a visitor attraction offering – among other things – cable car rides from Landore to the top of Kilvey Hill.

Those wishing to take part in the Morriston Victorian Day, organised by the council’s economic development and external funding team, should email or phone Nathan James – nathan.james@swansea.gov.uk, 01792 636992.