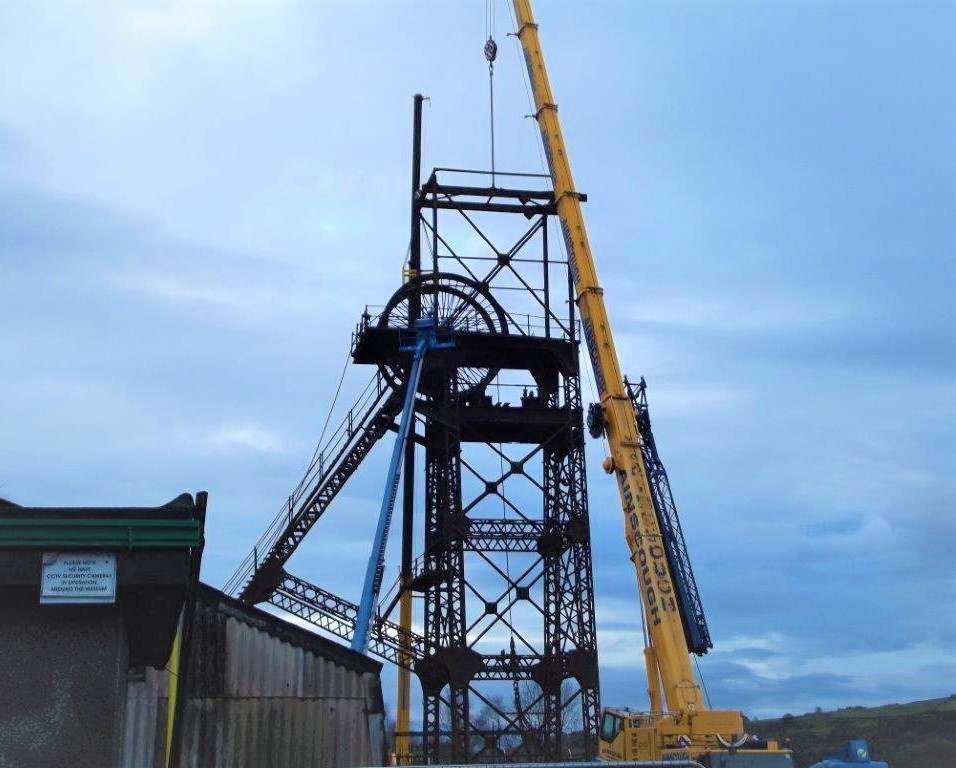 Neath Port Talbot councillors have opted to retain Cefn Coed Colliery Museum with a view to growing it into a major heritage attraction.

Museum and culture expert Chris Delaney was brought in to look at options for the future of the site with one being to hand back the lease to the Welsh Government/Cadw and another being to use the site for non-heritage purposes.

But his recommended third option, for the council to retain the museum and make it a visitor attraction and gateway to the local area as part of its developing Heritage Strategy, has now been adopted by members of the Education, Skills and Wellbeing Cabinet Board.

Cllr Sian Harris, Cabinet Member for Children and Family Services, who represents Crynant, Onllwyn and Seven Sisters, said: “This museum is of great importance to people in this area – that colliery holds our history.”

The heritage attraction which opened in 1978 is steeped in history, being on the site of what was once the deepest anthracite coal mine in the world. The museum, near Crynant in the Dulais Valley, is currently closed due to health and safety issues requiring more than £1m of remedial building works.

Cllr Harris added: “There are many people in the local area who would have worked there or who have family who worked at the colliery. It is also a reminder of dangerous times – there were so many accidents there, Cefn Coed was known locally as ‘the slaughterhouse’”.

Cllr Harris paid tribute to staff and to volunteers who had given their time to help at the museum over the years.

Council Leader Cllr Steve Hunt, who also represents Crynant, Onllwyn and Seven Sisters, said: “There are a large number of artifacts here which tell the story of coal and thr communities in this area and they should be displayed proudly. I look forward to seeing the museum develop over the years.”

Mr Delaney, of Chris Delaney and Associates, said as the council progressed its Heritage Strategy with the help of arts consultants Counterculture, grants could be obtained to develop the museum.

He said: “Cefn Coed Colliery is a significant survival from the coal industry in Wales and is worthy of preservation. It is one of a small group, from the hundreds of collieries in Wales, that survive as distinct monuments to the industry and are accessible today as museums.”

He forecast – if sufficient grant funding was available – a possible growth in average annual visitor numbers from 8,432 to 37,870 after five years.

He added: “Museums are services that not only contribute to the preservation of heritage, particularly portable heritage, but also to learning, economic growth, tourism, citizenship, the Welsh Language, community identity, a sense of place but also wellbeing. For a very small annual investment the returns for the community are substantial.”

Related Topics:CrynantfeaturedMuseumNeath Port Talbot
Up Next

FIVE new schools could be coming to Neath Port Talbot