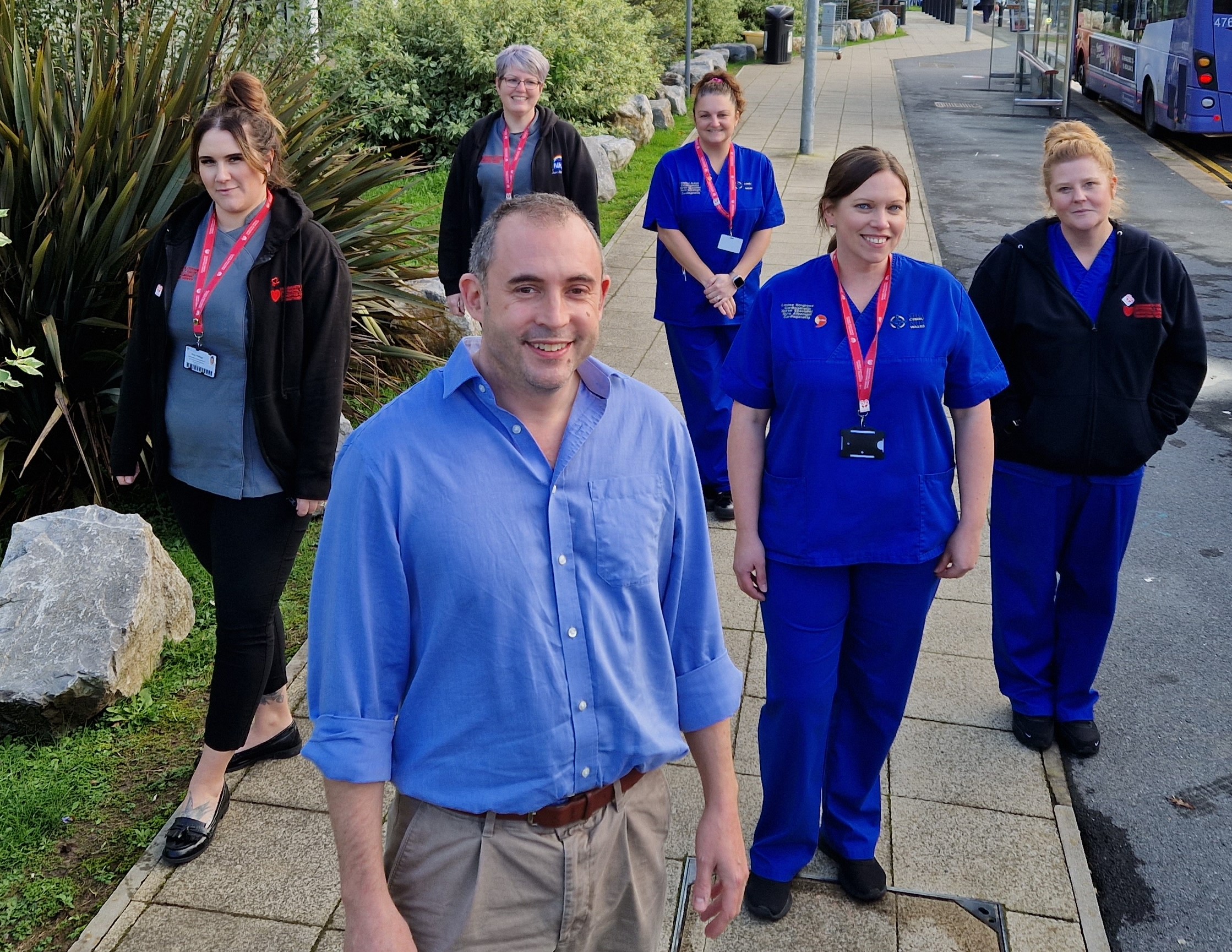 A team from Swansea Bay University Health Board, which helped pioneer a family screening service for inherited heart muscle conditions in Wales, has welcomed news a major research investment.

The British Heart Foundation (BHF) has announced it is investing £30 million worth of funding to help find a cure for a condition that affects thousands of people in Wales.

Morriston Hospital based Inherited Cardiac Conditions (ICC) team has been working closely with the charity since setting up family screening clinics in 2018 and establishing satellite clinics in neighboring Hywel Dda University Health Board.

News of the funding was announced recently to an invited audience of members of the ‘heart community’ in Wales at a special BHF Cymru event in Cardiff.

Inherited heart muscle diseases – believed to affect as many as 13,000 people in Wales – can cause the heart to stop suddenly or cause progressive heart failure in young people.

This new research, however, will potentially have a huge impact for patients and aim to develop a cure for these conditions.

The BHF money will fund a project called CureHeart, led by Professor Hugh Watkins, from the University of Oxford, and Dr Christine Seidman, from Harvard Medical School in the USA. It will attempt to develop revolutionary gene therapy technologies to target the genetic faults that can cause these conditions.

The news was recently shared with patients when the team held its first ever Swansea cardiomyopathy support group.

Dr Edwards said: “The British Heart Foundation has just made a huge investment of £30million for a project called CureHeart.

“Over the next five years the CureHeart project aim to develop techniques including gene editing aimed at patients who haven’t yet developed a heart problem, in order to prevent them from developing one in the future.

“If successful, the treatments developed could help the patients we see every day, who have a family history of an inherited cardiac condition and are at risk of developing the problem that runs in their family.”

“At the moment, these patients are followed up by us in clinic every few years to look to see if they have developed signs of the condition, so we can implement conventional treatments early if it occurs.”

“The hope is that CureHeart will be able to prevent the condition developing in the first place.”

Louise said: “This is excellent news for patients affected by cardiomyopathy and really does provide reassurance and hope for the future. The patients reviewed within the ICC service either have a diagnosis of a cardiomyopathy or are a close relative under long term cardiac surveillance due to the risk of the condition developing over time.

“Both groups have anxieties in regard to the genetic component of the condition so the news that a cure may be on the horizon due to the BHF CureHeart project has been received extremely well by this patient group.”

The team has had a far-reaching affect in regard to future planning for ICC services in Wales, and is keen to network with larger centers in order to learn from their experience.

Louise said: “Earlier this year our ICC team visited Professor Watkins and his team at the John Radcliffe Hospital, Oxford. It was a privilege to meet the team involved in the CureHeart project. It really was inspiring and provides lots of hope to families affected by cardiomyopathy.”

The ICC team was also delighted with the successful launch of their first Swansea cardiomyopathy support group, held on 22nd October at Llangafelach church hall in Swansea.

Louise said: “As a team we were keen to set up a support group for patients and families affected by cardiomyopathy outside of the hospital setting, to help them learn more about the condition and to meet others living with the condition.

“We invited external speakers to talk to the group which was attended by over 50 people – young and old. These diseases do affect the young and the old, and can present at any time of someone’s life.

“Acting head of services Cardiomyopathy UK Christie Jones attended the launch and said that it was a record turnout for a first meeting as these things usually take time to develop.

“It really did show the need for such a group.”

“We have had excellent feedback and plan to hold our next support group in January.”

Sarah Millican is bringing her latest comedy tour to Swansea