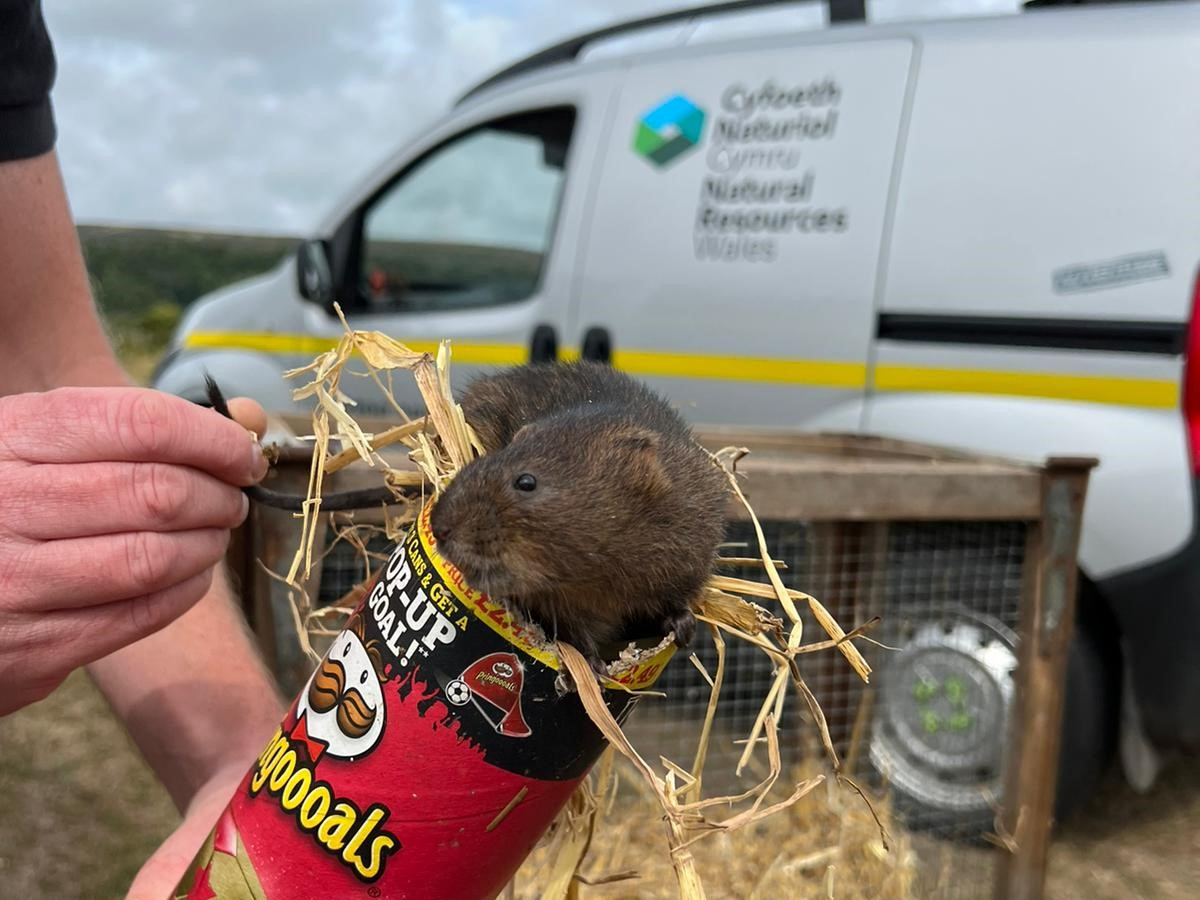 Natural Resources Wales (NRW) has released 200 water voles at Oxwich National Nature Reserve in Gower, south Wales, as part of a project to reintroduce the endangered mammals to the area.

Water voles were once common in Wales but are now confined to a few sites and are under threat of extinction.

NRW started releasing captive bred water voles this summer, after three years of planning and work to reduce their number one predator, mink.

NRW has worked closely with The Wildlife Trust, National Trust, Penrice estate, Gower landowners and The British Association for Shooting and Conservation (BASC) on a detailed plan to best support the recovery of water voles at Oxwich.

Water voles are an important species in the food chain, supporting many predators, such as birds of prey, otters, and herons. Their burrowing activity also boosts the nitrogen cycle, improving plant growth and diversity. This behaviour also creates opportunity for other species to thrive.

Water voles prefer habitats such as ponds, slow moving rivers, boggy areas, and ditches with permanent water levels. Oxwich has an abundance of these good quality water vole habitats, including tall vegetation which provides a food source and refuge from predation. They are known to feed on over 227 different species of plants.

Richard Davies, Aquaculture Officer, of NRW, said: “Wildlife is an important part of our environment, our heritage and our culture in Wales, which is why protecting Wales’ most endangered species is so important.

“Water vole habitat in south Wales is quite fragmented, however there are pockets of excellent habitat, like at Oxwich. Due to the low numbers of water voles on the Gower it is unlikely natural re-colonisation of Oxwich would occur. Habitat improvement and mink control are valuable tools for water vole conservation and when coupled with translocations we can successfully restore water vole populations if the right sites are targeted.”

The voles were bred at NRW’s hatchery in Cynrig and a facility in Devon and released into the wild once they were old enough to fend for themselves.

They were placed in temporary pens in the new habitat for up to five days to become accustomed to the new environment. The voles can then move out when they’re ready.

NRW say the area will be monitored over the coming years to measure the effectiveness of the reintroduction.

Invasive non-native fish to be eradicated from popular Llanelli lake