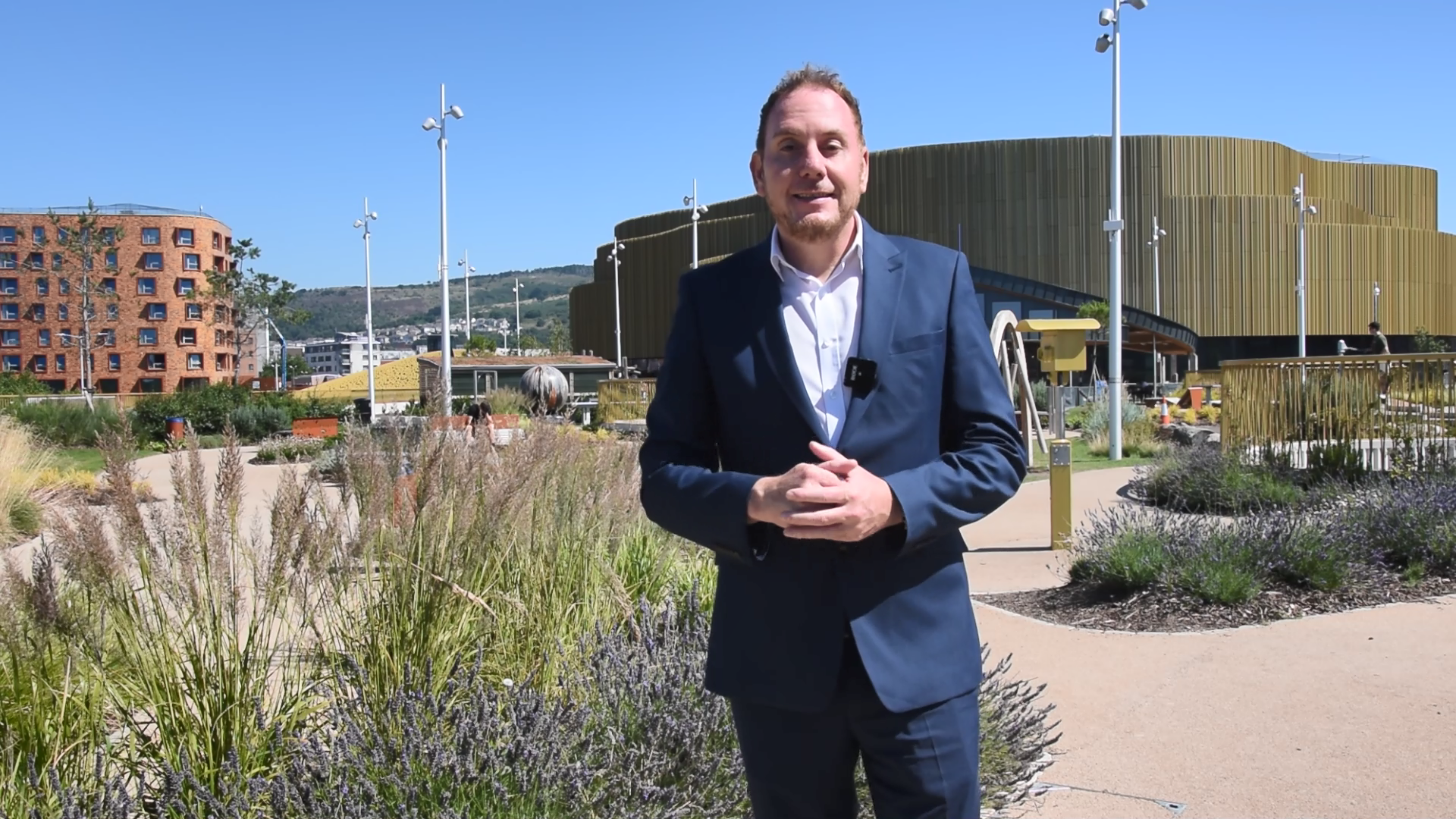 The leader of Swansea Council, Rob Stewart has said that “significant progress” is being made on ambitious plans for a greener, more prosperous and vibrant 21st century Swansea.

Cllr Stewart said that building on success stories like the new £135m Swansea arena, £150m investment in new schools and £6.5m for play areas in every community and the £750m new deal for the city centre, the city transformation is due to accelerate in the coming years.

He said progress on projects like the transformation of Castle Square Gardens, the rejuvenation of Mumbles seafront and the sweep of Swansea Bay and the delivery of new, exciting visitor attractions has already been made.

And he pledged that none of the city’s communities would be left behind thanks to tens of millions of pounds of investment in road improvements, extra street cleaning services and better community facilities alongside support for struggling families and the more help for the homeless.

Cllr Stewart said: “Swansea was always city of ambition but now it’s also a city of delivery – based on on our people’s priorities.”

A report to council highlights actions taken in the last 100 days in support of the authority’s policy commitments. They include:

Cllr Stewart said that the policy commitments cover a five-year period to 2027 and the focus on achieving progress in the first 100 days was designed to create momentum to deliver on those projects that matter most.

He said: “Since the start of the 100 days initiative, we’ve seen the cost of living crisis deepen and our hard-pressed communities turning to us for support.

“It’s why we are continuing to support them with the free bus travel initiative over Christmas and the upgrades for outdoor play areas which helping families make ends meet at a time when every penny counts.

“Working with local groups and organisations, we are also pushing ahead with the Swansea Spaces initiative that will aim to provide a warm welcome this winter.

He said: “The cost of living crisis and climate change will be among the biggest challenges any of us will face over the coming years.

“From food banks to free bus travel, from better homes to better schools, we’ll carry on supporting families and communities who are struggling to get by.

“We’ll continue investing in major projects and community priorities like schools, children’s welfare and adult wellbeing. This combined investment enables resilience and promotes wellbeing. It creates and protects jobs and it makes Swansea a better place to live, work and do business.

“And by investing in green energy, growing our green spaces and welcoming new people, new investment and fresh ideas, we can look forward to building a better future.”