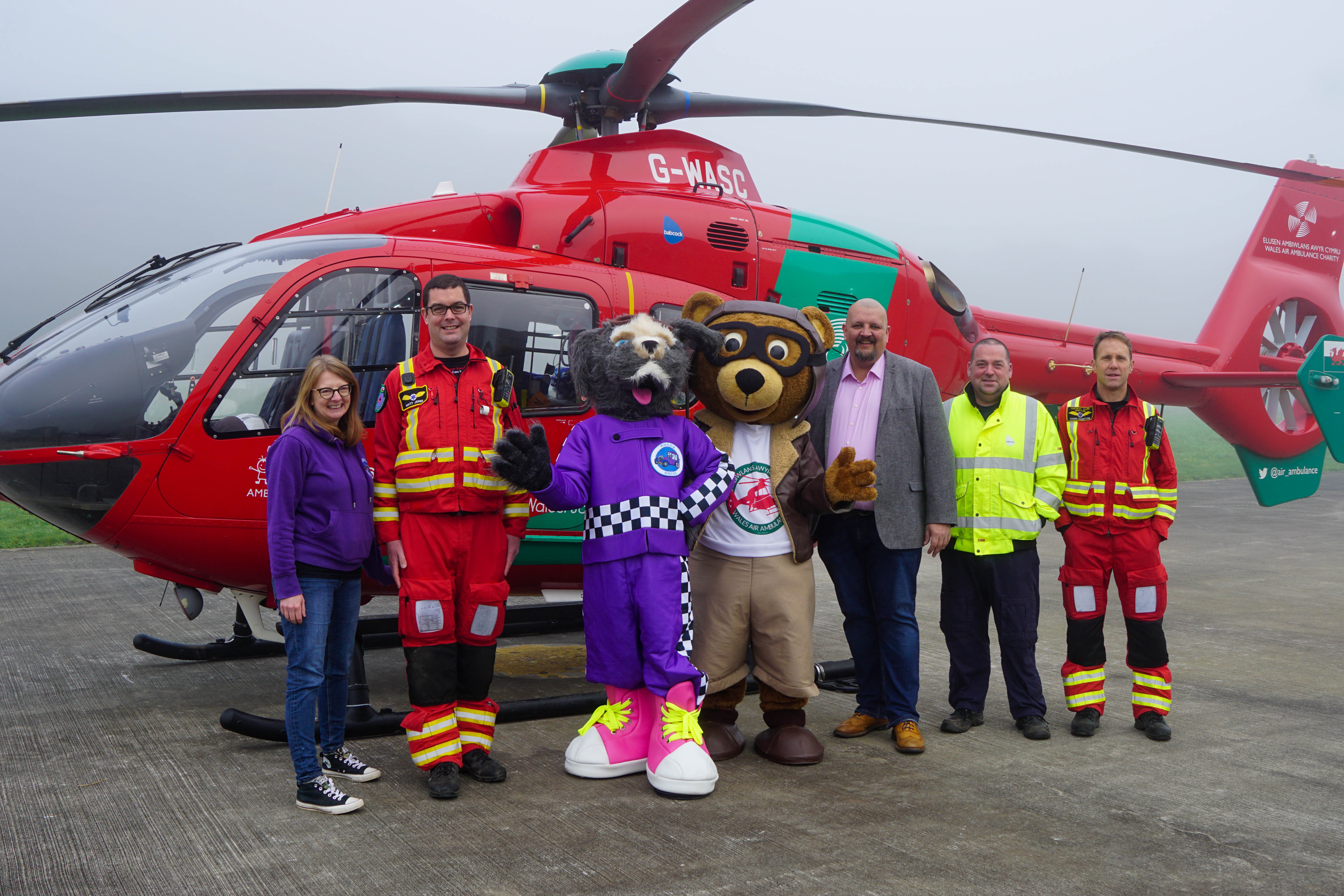 Krazy Races, the popular, free to attend national soapbox derby has confirmed that Wales Air Ambulance, will become it’s headline charity partner for the event which is set to take over Swansea on Sunday 18th June 2023.

The national award winning soapbox derby event that sees a mixture of local and business teams, build and race weird & wacky soapboxes through the centre of towns and cities while raising money for local charities has seen nearly 50,000 people coming out to support the free to attend events when Krazy Races visited Shropshire, Cheshire and Wolverhampton City Centre this Summer.

Since the event’s creation back in 2018, Krazy Races has raised over £40,000 for local charities and good causes. Every team who enters a soapbox raises money for a local charity close to their heart with the event backing a headline charity partner who has a big presence on and leading up to the day.

In 2022, Krazy Races partnered with national charity Macmillan Cancer Support for all its Summer events. The partnership allowed the charity to collect and receive funds through several revenue streams including; car park donations, event brochure money as well as hundreds of pounds through cake sales and raffles.

The final total for the year for Macmillan and other local charities is over £30,000.

Sarah Belcher, Founder & Creator of Krazy Races said: “Our Krazy Races events are all about raising as much money for local charities as possible while giving families a fantastic free day. We work closely with our headline charity partner to help integrate them to the heart of the event, giving them as many opportunities as possible to raise as much as they can!

“Our event is all about giving people of all ages a bit of magic and a unique experience and we are over the moon to be working with such an incredible charity for our first ever Welsh Krazy Races event.”

Siâny Martin, Corporate Fundraiser for Wales Air Ambulance Charity said; “We are so proud and excited to be working alongside the team at Krazy Races. This is a completely new event for Swansea and will not only provide incredible entertainment for the local community but also raise awareness and vital funds for our Charity.

“Wales Air Ambulance operates some of the most advanced air ambulances in the UK, saving precious time and lives. We rely entirely on charitable donations to raise £8 million every year to keep the helicopters in the air and rapid response vehicles on the road across Wales.

“We are so grateful to Krazy Races for their support and look forward to the event”.