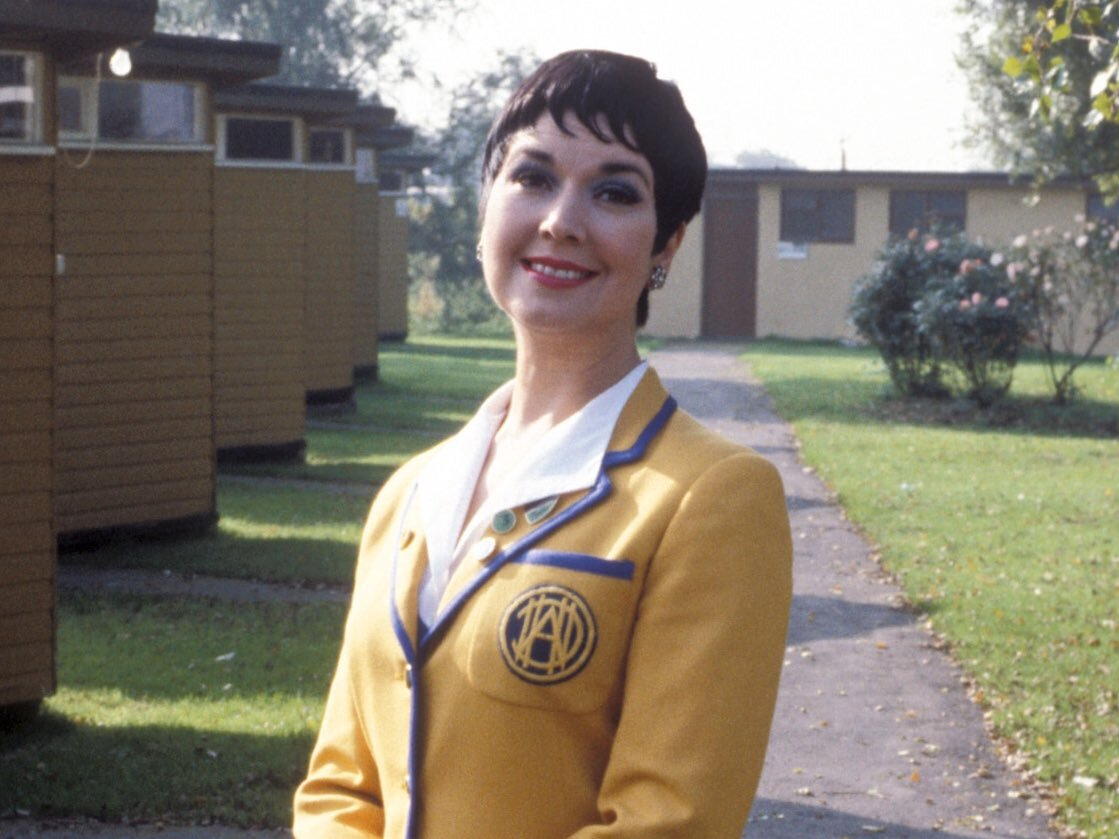 With her catchphrase “Hi-di-Hi campers”, Ruth was best known as yellowcoat and campsite announcer Gladys Pugh in the sitcom about a 1950s holiday camp.

Brought up by her maternal grandparents in Llansamlet, Swansea in the post-war years, Ruth was a prolific actress of film and stage. Her theatre work included West End performances of Man of La Mancha and in the touring stage version of Calendar Girls.

She also appeared as the fortune-telling Mrs Dai Bread Two opposite Richard Burton in a film adaptation of Dylan Thomas’ Under Milk Wood.

In later years she appeared in Matt Lucas and David Walliams’ comedy Little Britain as Mrs Thomas, mother of Lucas’ character Dafydd – the “only Gay in the village”.

Her agent, Phil Belfield of Belfield & Ward Ltd talent agency, confirmed the actress had passed away in hospital following surgery for a fall she had earlier in the week.

He said: “It is with much sadness that we have to announce the death of our dear and much loved client Ruth Madoc.

“Ruth passed away on the afternoon of Friday 9th December while in hospital following surgery for a fall she had earlier in the week, which had led her to have to withdraw from panto in Torquay.

“From film work such as Fiddler On The Roof and Under Milk Wood with Richard Burton and her iconic TV performance as Gladys Pugh in Hi De Hi! and more recently in Little Britain and on stage with Calendar Girls (the play and the musical), plus recent acclaim in short films Skinny Fat and Cardiff, she was truly a national treasure and was looking forward to getting back on the road in 2023 with The Best Exotic Marigold Hotel.

“A real legend of the British entertainment scene, she was one of a kind and a unique talent loved by many. She is gone far too soon. Our hearts are broken!

“Thoughts are with her daughter Lowri, her son Rhys and all of her family.”

Welsh actor and documentary maker, Richard Mylan tweeted a mural of Ruth in her iconic Maplins yellowcoat uniform in her Llansamlet hometown.