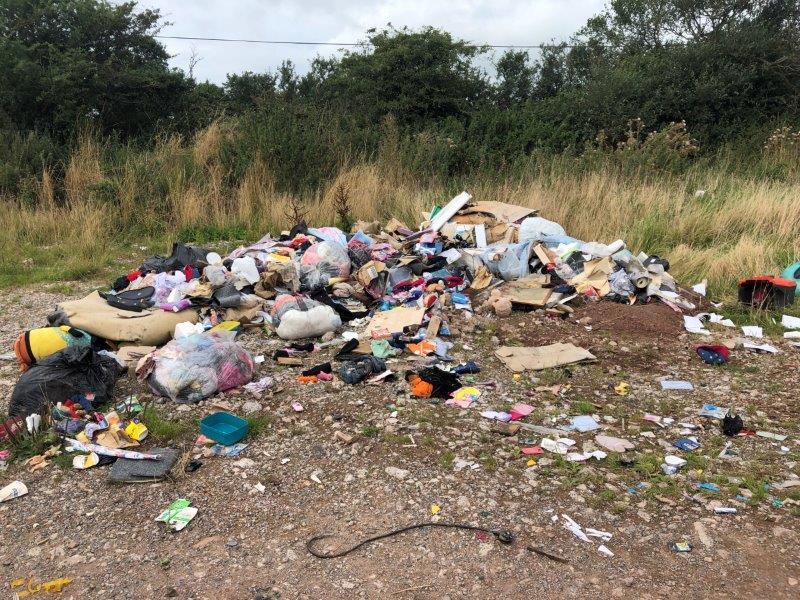 A rogue trader has started a prison sentence of 19 months after admitting a series of charges following a prosecution by Pembrokeshire County Council Trading Standards, Public Protection Division.

The court was told that Price, of Waterston Road, Milford Haven, took money from some customers and did not complete work; carried out poor work at other homes and refused refunds; failed to provide paper work and routinely gave false information.

As well as regularly changing the name of his business he often gave his name as Andrew Price.

The first victim was a woman who paid Price – trading as Coast & Country Property Maintenance – £1,100 to replace guttering and soffits.

Price took the money but failed to return to do the work and could not be contacted. Trading Standards officers initially tried to contact Price to provide business advice but he failed to attend an arranged meeting.

Another couple from Carmarthenshire engaged Price trading as New Look Roofing to carry out work on their leaking roof and paid £1000. But it soon became obvious that the work was substandard as some of the plastic boards he had fitted began to fall off the next day. A refund was demanded.

Price claimed at one point someone had been impersonating him despite the victim clearly recognising him as the person who had carried out the work.

The couple were promised a refund of £600 but this never materialised.

In October 2020 police officers received a report of a significant fly-tipping incident in Herbrandston, where a bathroom suite had been dumped.

An address label led police to a couple in Milford Haven who said a man had done some work for them and removed the items for £100. Price was linked to the crime by a flyer he gave the couple for New Look Roofing.

In January 2021 trading as New Look Landscapes, Price cold called at a property in Haverfordwest and agreed to cut down a tree and repair a porch roof for a man. The repair was later found to be substandard. Whilst at the property Price also offered to replace the front door and door frame for £1000. The money was paid but Price never returned.

The same month trading as A & C Roof Care Price cold called at two properties in Narberth and carried out roof repairs. He failed to give paperwork including the statutory cancellation notice.

Most recent charges relate to an elderly vulnerable man who was suffering from Alzheimer’s disease who had engaged Price to carry out work on a chimney and replace a garage door in September 2021.

Work was started to take part of the chimney down but not completed despite multiple transfers of several hundred pounds to Price.

Price never handed over any paperwork which was believed to have been a deliberate tactic to confuse an elderly and vulnerable man.

In January 2022 the victim was approached again and had some roof tiles replaced. He contacted the police and Price was arrested.

The court was also told about another fly-tipping incident that Price admitted.

In August 2021 a substantial amount of waste was dumped on land at Walwyn’s Castle and examination of the rubbish by officers from Pembrokeshire County Council Waste Management found details of a business in Cardigan.

The business was contacted and it was confirmed Price had attended to remove the waste.

In mitigation Price’s barrister informed the court was told that Price had no disqualifications and that the offences were committed whilst Price was in a previous relationship when he was using cocaine.

His barrister went onto say that Price was now in a settled relationship and had a young baby.

Price was sentenced to 19 months in prison and will serve at least half of that time.  The Court also made a Deprivation Order in respect of the van seized from Price.

“This goes to show that no matter how complex the cases, we will continue to investigate rogue traders alongside partners and take them to court.

“Crimes such as those Ashley Price committed have a real impact on the victims who are left to pick up the pieces of shoddy work or left out of pocket when he failed to turn up to do the work he promised.

“Fly-tipping also has a major impact on our communities, blighting our countryside and beauty spots and costing the Council and therefore Council Tax payers to clear away.

“I hope this case acts as a warning to others who would act in the same way.”