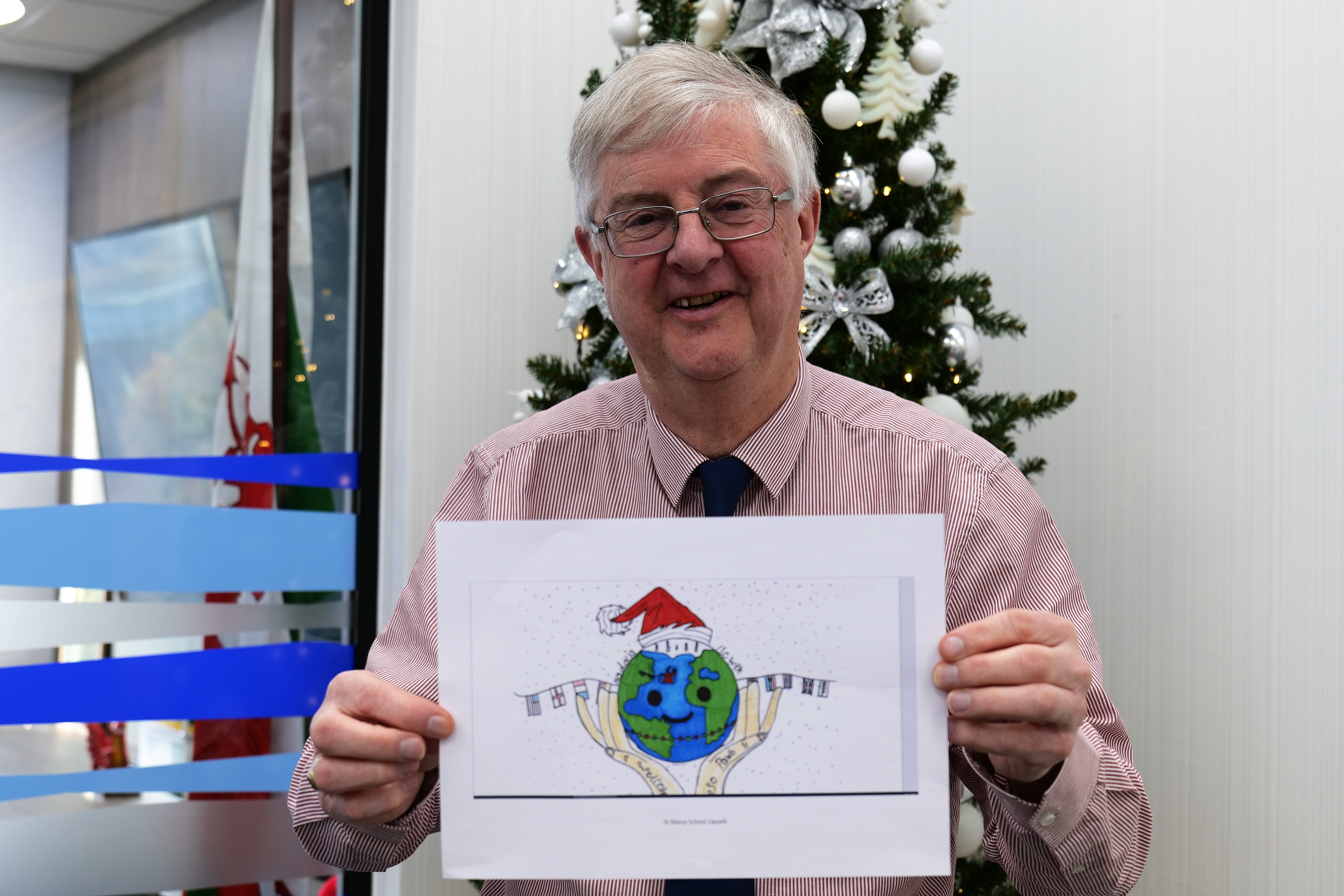 Eleven-year-old Harry is a pupil at St Mary’s Catholic Primary School in Llanelli.

Hundreds of entries were received for this year’s competition, which was open to pupils in years five and six from schools across Wales.

The theme for this year’s Christmas card was ‘A Christmas Welcome’.

Wales has welcomed thousands of people from Ukraine this year as they have fled the war in their homeland, as well as people from other countries around world seeking sanctuary and safety.

The winning design was chosen by the First Minister and will be used as his official Christmas card for 2022.

The First Minister sends his Christmas card to thousands of people around the world, including to the King, the President of the United States Joe Biden and to Vice President Kamala Harris.

The First Minister said: “Once again this year we had hundreds of incredible entries from schools across Wales. It was very difficult to choose a winner but Harry’s design stood out.

“His card perfectly captured the competition’s theme, showing how we welcome everyone in Wales.

“I want to thank all the children who entered this year’s competition. I hope they all have a very Merry Christmas and a Happy New Year.”

Miss Rhiannon Healy, Harry’s class teacher said: ” We are delighted that Harry has won the First Minister’s Christmas card competition. His design is reflective of our inclusive ethos and the multi-cultural community we have here at St Mary’s Catholic Primary School, in Llanelli.

“Harry explained that his design was inspired by the fact that we are all part of one world and that everyone is welcome in Wales. We are very proud of him and congratulate him on his winning entry”.

Revealed: The 10 highest-earning Christmas Songs of all time