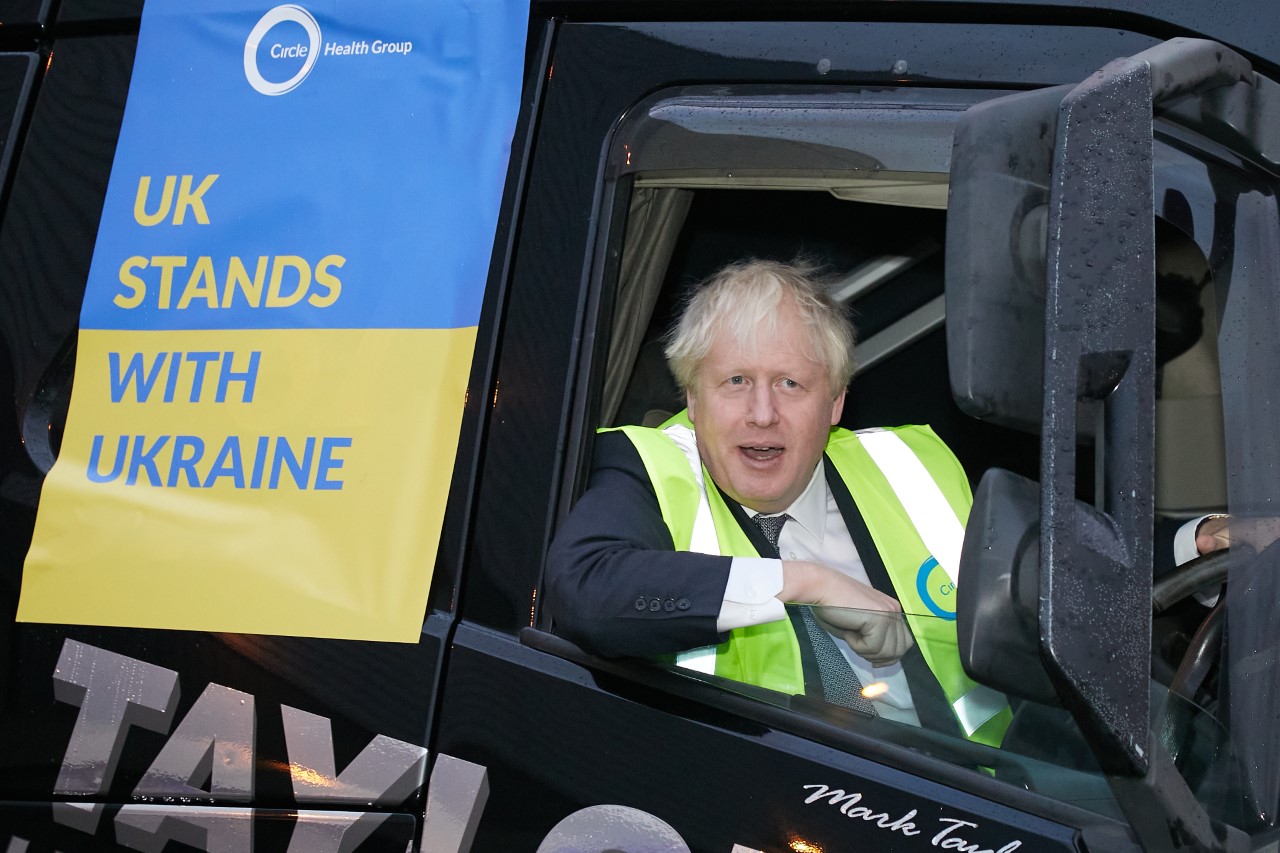 Boris Johnson has teamed up with Werndale Hospital in Bancyfelin, Carmarthenshire, part of Circle Health Group, to launch an urgent appeal for medical supplies for Ukraine hospitals treating the sick and injured, warning that they face running out of vital items such as bandages and defibrillators within weeks without donations.

The crisis has seen hospitals in Ukraine pushed to breaking point, with supply chains and buildings decimated.  Doctors on the ground have been appealing for urgent assistance, and Werndale Hospital alongside Circle’s other 54 hospitals has come to their aid.

Over the last 8 months, nearly 300 tonnes/£3million worth of medical supplies in 13 lorry loads has been delivered across Kyiv, Mykolaiv, Odessa, Lviv and Kherson since war began.

Boris visited the Enfield warehouse where supplies are gathered from Werndale Hospital with the Ukrainian Ambassador to see first-hand the logistics of transporting hospital kit in bulk across Europe by lorry.

He was briefed by Ukrainian doctors helping to co-ordinate relief efforts and helped to load the latest lorry with hospital beds and anaesthetic machines.

Speaking after the visit, he called on people to give generously to the appeal.

Boris Johnson said: ‘The Great British public are renowned for their generosity of spirit – even when times are tough at home – so I’m calling on them to dig deep this Christmas and help send hope to the heroic Ukrainian medics battling to save lives by supporting Circle Health’s vital humanitarian mission. Not one bandage or bed you fund will go to waste in the Herculean task of rebuilding beautiful, brave Ukraine. Slava Ukraini: the British people stand with you, this Christmas and always.’

A team from the Ukrainian Medical Association working with Circle Health Group in the UK liaise directly with medics and inform Circle Health Group about hospitals’ stock shortages in real time.  Items are then gathered from each of Circle’s hospitals across every region of the UK and sorted and loaded at their Enfield warehouse.

As Winter sets in, hospital supplies are once again running dangerously low in several regions. Circle Health’s latest lorry-load departed today from Enfield to transport vital medical aid to newly liberated Kherson, as well as Odessa in the East.

Werndale hospital has made a renewed commitment to continue supporting Ukrainian medics for as long as the crisis continues.

Paolo Pieri, CEO of Circle Health, said: “It’s so easy to get caught up in problems at home and become immune to the immense hardship facing people in Ukraine. As a fellow hospital operator, we are determined to stand with these Ukrainian hospitals for the long-haul. As Winter sets in, new medical supplies have never been more vital, and we hope our regular shipments will help show this remarkable group of doctors that they’re not alone.”

Jacky Jones, Executive Director of Werndale Hospital, said: “Everyone at Werndale has been moved by the terrible events unfolding in Ukraine, we are proud to renew our commitment to medical colleagues in Kyiv, Mykolaiv, Odessa, Lviv and Kherson.”

Professor Rostyslav Smachylo is a specialist hepatobiliary and pancreatic surgeon from Kharkiv in the East of Ukraine: “We are seeing increasing numbers of elderly people who stayed in the city but have been injured as a result of the violence taking place around them.

“We lack a lot of equipment needed to cope with the volume of patients we are seeing with particularly complex injuries and conditions. The hospital has also seen windows blown out and structural damage.

“Knowing that we have allies in Britain and the support of the British stiffens our resolve – we are incredibly grateful, and we ask that you don’t forget us.”