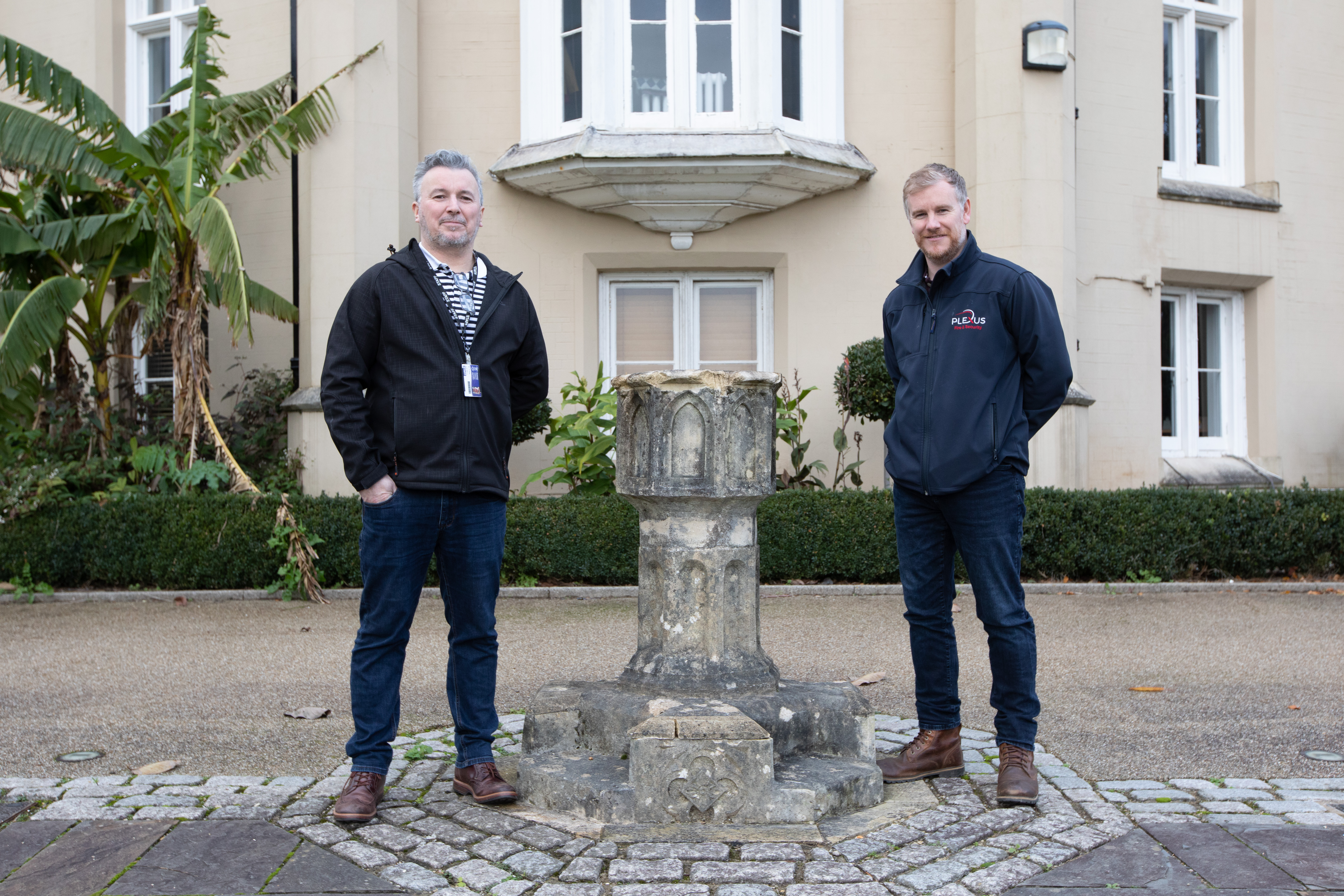 One of Wales’ leading, independent fire and security firms has installed a new fire safety system inside one of the oldest buildings on Swansea University’s Singleton Campus.

Singleton Abbey, the former home of 19th Century Industrialist John Henry Vivian, became part of the University in 1923 and today, acts as an administration.

“This building has a very rich history,” said Andrew Dene, Estates Technical Officer at Swansea University, “and as a listed building, we have to be very careful and considerate when undertaking any works, no matter how essential they are.”

The works in question involved the replacement of the 20+-year-old wireless fire protection system that had served the Uni well, but was in need of an upgrade as James Watts, Contracts Manager at Plexus explained.

“The old system was an EMS 5000, however, its age meant it had become redundant, and as parts were no longer available, the decision was made to upgrade the system”.

The newer, EMS Firecell Kit was selected, and work commenced on the replacement of over 375 devices throughout the building.

“Being unable to drill was a challenge,” said James, “however, we are used to working on listed buildings, or properties that have asbestos and where drilling new holes or pulling new cables through cavities is an issue.”

“The Plexus team were brilliant,” reflected Mr Dene, “and they not only replaced the old system in a short space of time with minimal disruption but we are delighted with the new EMS Firecell Kit.”

Covering the building to an L2 standard, the new system has three LCD displays at strategic entry points which indicate the zone and specific room where the alarm has been triggered enabling rescue services to pinpoint the emergency in seconds.

“It’s a state-of-the-art system”, said James, “and alongside our weekly tests and quarterly maintenance visits, the automated system provides protection 24/7 and will alert both the security team and fire brigade should an alarm trigger.”