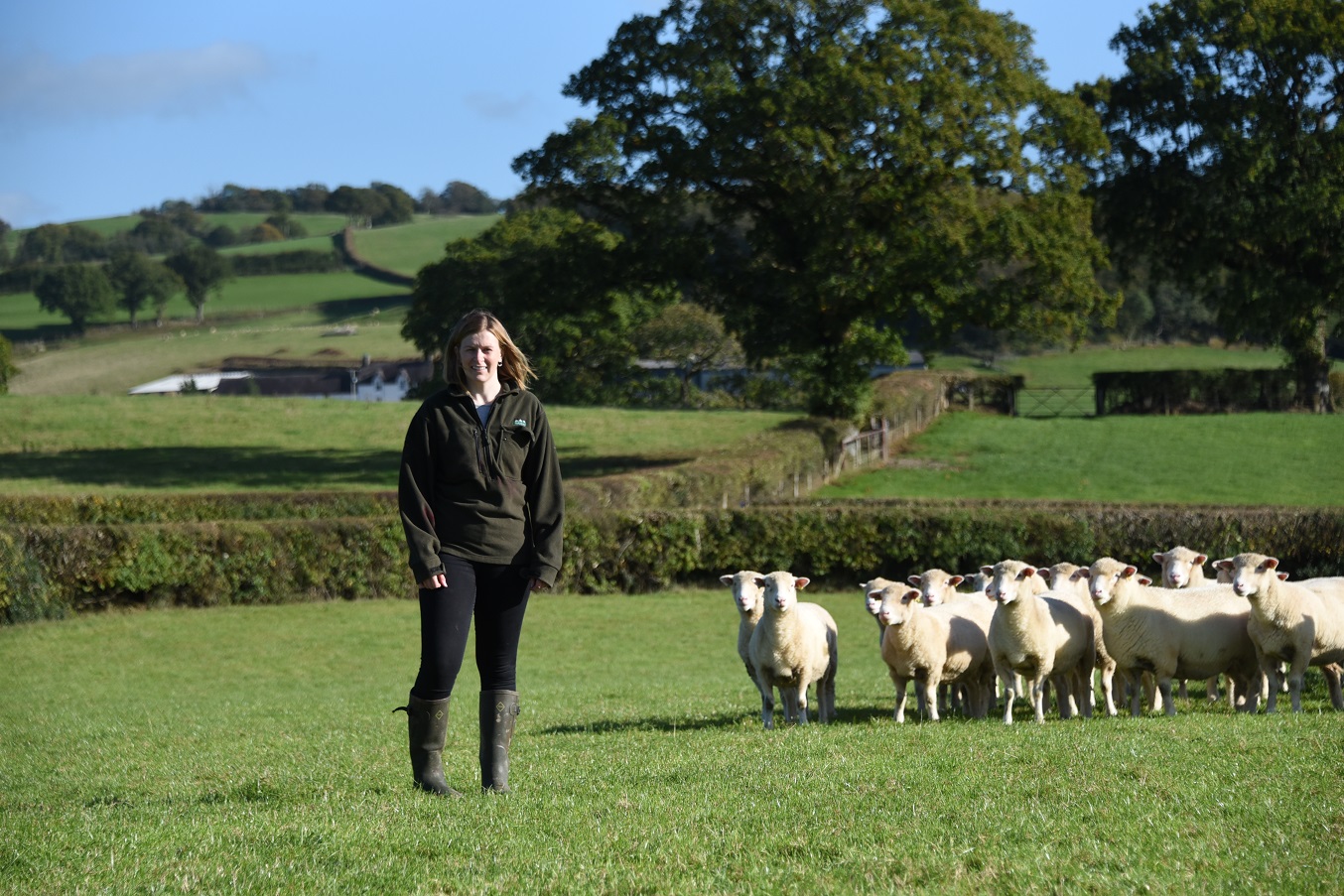 As the lambing season approaches, Welsh farmers are making simple changes to livestock protocols to reduce the need to use antibiotics and so help address the risk of antimicrobial resistance (AMR) in animals and the environment.

Highlighting the issue of AMR is Arwain DGC (Defnydd Gwrthficrobaidd Cyfrifol / Responsible Antimicrobial Use), a programme that helps farmers, equine keepers and vets in Wales reduce the need to use antibiotics and anthelmintics.

Through training, applying new technology, data gathering, and improving understanding, Arwain DGC is demonstrating how and why taking steps to reduce the need for antibiotics can also improve animal health, increase productivity, and save money.

As part of its work, Arwain DGC has established a group of ‘Proof of Concept’ (PoC) farms, drawn from across Wales, and comprising of four dairy, four sheep, and four beef farms.

In Carmarthenshire, PoC farmer, Gwen Price is gearing up for the arrival of the first lambs of what will be a five-month long lambing period that’s due to begin around Christmas Day.

With her father Alun and brother Dyfan, Gwen farms 330 acres near Llangadog with a total of 1,100 ewes, and producing an average of 1,550 lambs each year. The beef and sheep enterprise includes three holdings – including the main holding at Goleugoed – and consequently there are three separate flocks encompassing several sheep breeds.

Gwen said, “Every farm with us is different, and one is more heavily stocked than others. Lambing begins around December, but our highest point is March/April. Last year we lambed 500 ewes over two weeks, but fortunately, the mild weather meant we could turn them out quickly.”

Therefore, the overall lambing period is long, stretching from December to April – and having the lambing sheds in constant use for almost half of the year can present challenges.

But last year, with support from Arwain DGC and the farm’s vet, Gwen and her family made some simple, but very effective changes. These steps not only improved livestock health, and saved money, but they reduced the need to use antibiotics at lambing time.

Gwen said it is often about having the confidence to make a change. But her family’s decision last year to forgo blanket antibiotic treatment – while nerve-wracking at times – ultimately proved to be a positive move.

She said, “I hope that by being a PoC farm, others will be able to see how the need for antibiotics can be reduced and the benefits of that reduction.”

Usually, the greatest need to administer antibiotics is due to watery mouth. But last lambing season, the desire to reduce antibiotic use on the farm – and the withdrawal of Spectam from sale – led to the decision not to use any precautionary antibiotics.

Instead, they tightened their hygine protocols and placed greater emphasis on the quality and timeliness of colostrum feeding.

Before each batch of ewes enter the lambing sheds, the buildings are disinfected and pressure-washed, new straw bedding is laid, and the pens are limed. It is a process that is repeated for each batch of ewes coming into the shed. Also, before entering the shed, the ewes pass through a footbath, and (sholder length plastic) gloves are worn when intervening in a birth.

Gwen said, “We always disinfect everything, but with the support of Arwain DGC’s technical officer, Elan Davies and our vet, Rees Jenkins of Teilo Vets, we identified ways this could be improved further.

“For example, we now use hot water with the pressure washer, and I think we used more straw last year than in any other year!

“It is a long lambing season, so staying on top of hygiene between flocks is essential.

It’s all about trying to do our best to the highest standards and then maintaining them.”

The size and nature of the flocks mean lambing is a “long-haul”, but says Gwen the extended period allows for more time to clean the sheds between use and move lambs around.

This year Gwen plans to increase colostrum testing with a brix refractometer and if needed, powdered colostrum is given as a ‘top-up’. It is an approach that gives lambs a better chance of developing a strong immune system to fight watery-mouth causing bacteria, and therefore reduce the need to use antibiotics.

Gwen said, “We’ll be carrying out more colostrum testing this year, and we will test different ages too – older and younger ewes as well as ewe lambs – and especially make sure twins have as good quality colostrum as singles.

Gwen said, “In 2021, we spent £475 on Spectam, but due to the changes implimented last lambing season, we didn’t have a single case of watery mouth and did not spend any on Spectam.

She added, “Also, this year the price of everything has gone up, and feed prices are through the roof – so we are going into lambing as positive as we can.”

Elan Davies, Arwain DGC’s technical officer said, “There isn’t a ‘silver bullet’ that will help farmers reduce or avoid the need to use antibiotics at lambing time. It’s a combination of doing a good job of a lot of different elements; concentrating specifically on good hygiene, optimum ewe nutrition and colostrum quality.

Gwen and the family at Goleugoed have shown that concentrating on doing a good job of all these factors have significantly reduced the need to use antibiotics at lambing.”

The farm’s vet, Rees Jenkins, said, “It is important to reduce antibiotic usage around lambing time and in particular to avoid blanket treatment to ensure that these antibiotics continue to work when they are really needed.

“With increasing cases of treatment failure on similar farms due to resistance to – in some instances – multiple commonly used antibiotics, the results from projects like this will be beneficial to demonstrate to other farmers to have the confidence to cut down on antibiotics.”