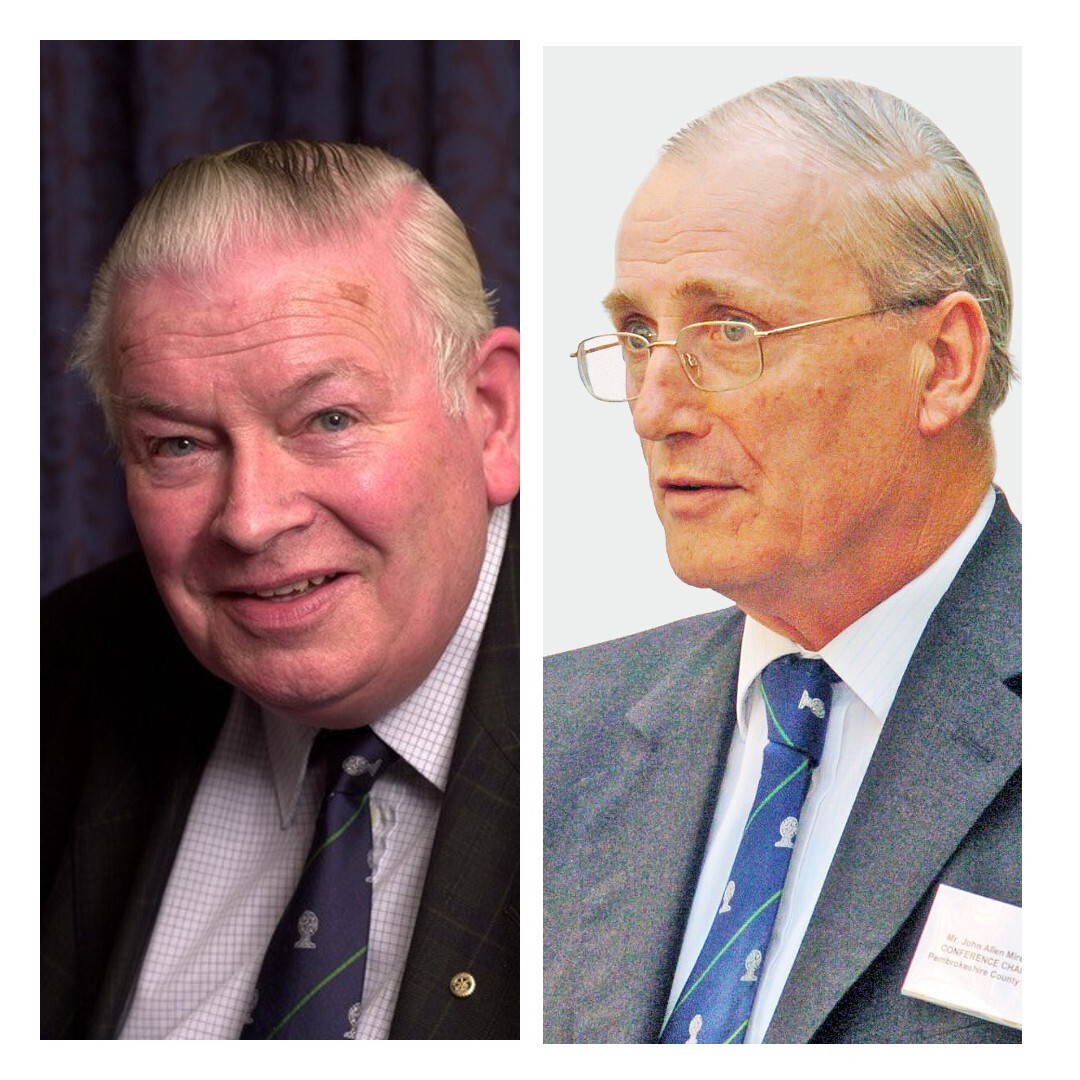 Pembrokeshire County Council say they have been ‘deeply saddened’ to learn of the deaths of two long-serving and respected senior former Councillors.

A former Chairman of the Highways Committee, he went on to serve as Leader of the Council from May 1999 to May 2004.

It was under his leadership that the Leader and Cabinet model still used by the Authority came into being.

John, from Angle, was a Member of Council from 1995 to 2017 and served as Deputy Leader between 1999 to 2012 under the leadership of Maurice and later Cllr John Davies.

Pembrokeshire County Council Presiding Member Cllr Simon Hancock, led a tribute to both former councillors before the meeting of Council on Thursday morning.

Cllr Hancock, who had served with both men, said: “I was deeply saddened to learn of the passing of former councillors Maurice Hughes and John Allen-Mirehouse.

“Both men were founder members of Pembrokeshire County Council in 1996.

“They were both highly capable councillors who served in senior positions throughout their careers.

“It was a real privilege to have served with both Maurice and John and we extend our deepest condolences to their families.”

Cllr Davies said: “Both Maurice as Leader and Johnnie as his Deputy did not shy away from making difficult decisions if they believed they were for the long term good of Pembrokeshire.

“Maurice could be like a terrier and would fight the County’s corner with conviction and with genuine passion.

“Both were able to shine a light of hope and humour into the darkest of moments within any Council meeting.

“Both Maurice and Johnnie came from an era within Local Government which has now long moved on.

“Pembrokeshire has lost two very loyal servants of the county.”

Cllr Jamie Adams served as Leader of the Council and worked closely with John Allen-Mirehouse.

He said: “Johnnie was a character amongst characters at a time in local government when a sense of humour was a valuable attribute.

“His sharp wit was matched with the ability to dissect the fog around issues and identify solutions.

“He led endeavours around economic improvement and for many years served the community of Angle and the public of our county with his inimitable style, vigour and candour.

“It was a pleasure to serve with him, he will be remembered as one of Pembrokeshire’s finest.”