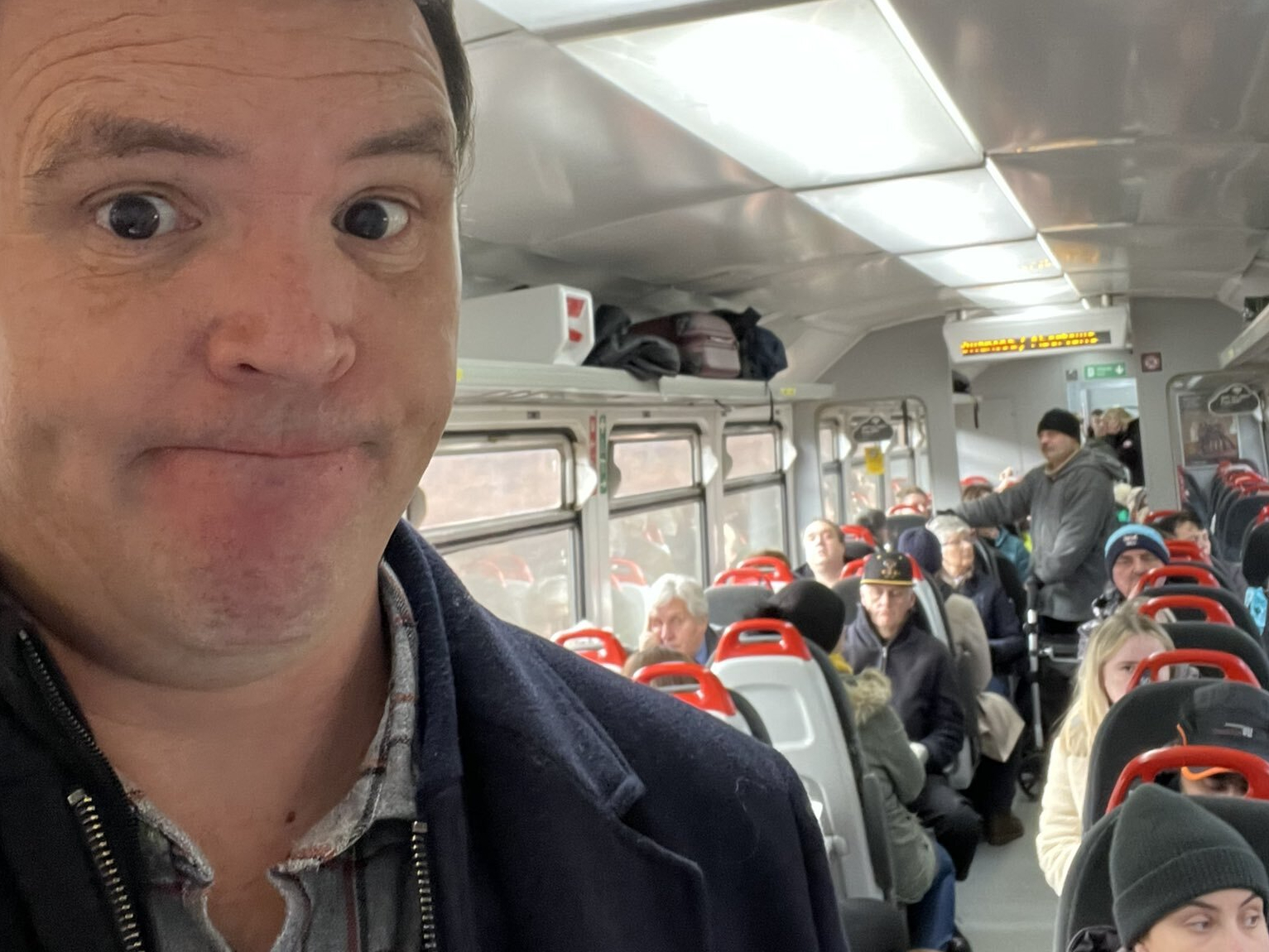 In a tweet including a selfie of Mr Waters on a packed TfW service, the minister said: “Not a great experience on some trains at the moment. Sorry. It will get better.”

Mr Waters then tried to deflect the conversation blaming the UK Conservative Government for lack of rail infrastructure investment, before Mr Davies highlighted that the Labour minister was responsible for cancelling road building as well as trains in Wales.

The debate continued with Mr Waters highlighting three road schemes currently under construction that he said proved he had not in fact cancelled road building.

Mr Waters had in fact put a freeze on new road building projects in June 2021 saying “We need a shift away from spending money on projects that encourage more people to drive and spend more money on maintaining our roads and investing in real alternatives that give people a meaningful choice.”

In a statement, the Welsh Conservatives said that the Deputy Minister’s photo of himself on a busy train with the singular word “sorry” did not act as any form of apology or remorse.

They add that latest figures show that rail punctuality in Wales is set to be the worst on record since Transport for Wales took over the franchise in 2018.

Welsh Conservative and Shadow Minister for Transport, Natasha Asghar MS said: “This is simply embarrassing and utterly shameless. Labour’s contempt and failure to grasp the seriousness of their failings knows no bounds.

“Labour’s Deputy Minister, who is apparently responsible for transport, has previously admitted that “we don’t know what we are doing on the economy,” and it is clear that Labour is no better with Welsh transport.

“People in Wales need genuine accountability and action, not insincere tweets. The Deputy Labour Minister must stop burying his head in the sand, take a good look in the mirror and deliver a public transport system fit for the 21st century.”