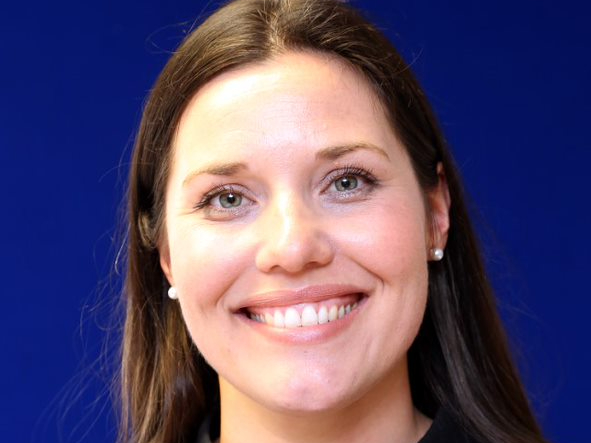 Lucy Reynolds has been appointed as Chief Executive of Chwarae Teg and will take up her role on 27th February, succeeding Cerys Furlong who recently stepped down from the position after six years.

Lucy joins Chwarae Teg from Thrive Women’s Aid, where she has spent the last eight years leading the domestic abuse organisation. She has overseen significant organisational growth and is noted for her commercial skills having developed a successful trading arm, Thrive Group Wales, during her time there.

Welsh gender equality charity, Chwarae Teg say they aim to identify and tackle the barriers facing women in the economy leading to a fairer Wales where all women can achieve and prosper.

With Lucy Reynolds at the helm, the charity says that they will continue to lead on developing and delivering policy to tackle inequalities and intersectional barriers and look for new opportunities to support women through strengthening partnerships and establishing new relationships.

Lucy, who has a background of senior roles in the Welsh third sector, said: “I’m delighted to be joining Chwarae Teg as CEO in the New Year. I am passionate about achieving gender equality and driving forward the structural and systemic change required to tackle the root causes of inequality. Chwarae Teg has an excellent reputation for achieving change and delivering impact through its pioneering work. I’m excited to build on, and continue, this momentum.”

Sharon Williams, Chair of Chwarae Teg’s board of trustees, said: “I’m absolutely thrilled that Lucy Reynolds will join the Chwarae Teg team as Chief Executive. Lucy has real passion and energy for our mission and brings a wealth of experience.

“I’d also like to take this opportunity to thank Liz Wilson, Chwarae Teg’s Director of Finance and Operations who will continue to fulfil the role of Chief Executive for the interim period.

“I look forward to working with Lucy, staff, and our trustees as they continue to develop and grow the innovative projects that Chwarae Teg delivers to support women.”