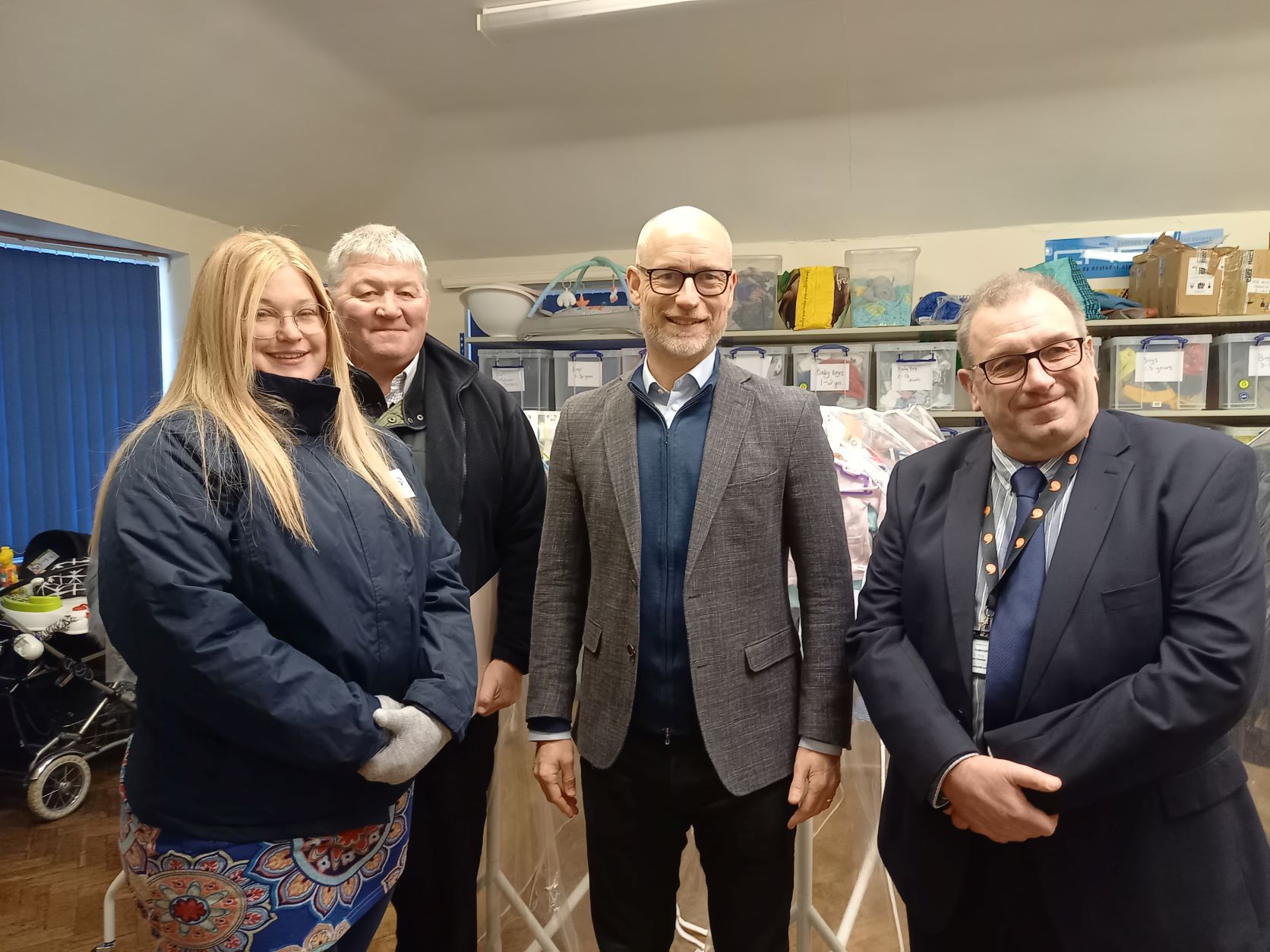 Aberavon MP Stephen Kinnock has paid a visit to the Neath hub which is collecting and distributing donations such as clothes, mobile phone sim cards, clean bedding and other items to Ukrainian refugees located in Neath Port Talbot.

The hub, run by NPT Safe and Well, has been working closely with local businessman Chris O’Callaghan, the former Aberavon RFC coach and player and ex-Cambridge Blue who has links with the business Goods for Good which has also been helping to donate new clothes and other essential items to the hub.

Mr Kinnock, who praised the work going on at the hub, was joined in his visit by Mr O’Callaghan and Cllr Alun Llewelyn, the Deputy Leader of Neath Port Talbot Council.

They were met at the hub by NPT Principal Officer Sarah Waite and Community Support Manager John Lowes who thanked the staff for their hard work and dedication in running this provision.

Cllr Llewelyn said:  “Neath Port Talbot Council stands with the people of Ukraine and their friends and relatives living in Neath Port Talbot and we are playing our part in helping those who are now displaced from their homes and living with us here.

“Thanks to the great generosity of people in Neath Port Talbot who want to help Ukrainian refugees there is now enough in the hub for items to be dispersed to Neath Port Talbot residents who may be in need as well as the refugees.

“I would like to thank all who have donated items and all those volunteers and partner agencies and those from the private sector who have helped in collecting and distributing essential items to those in need.”