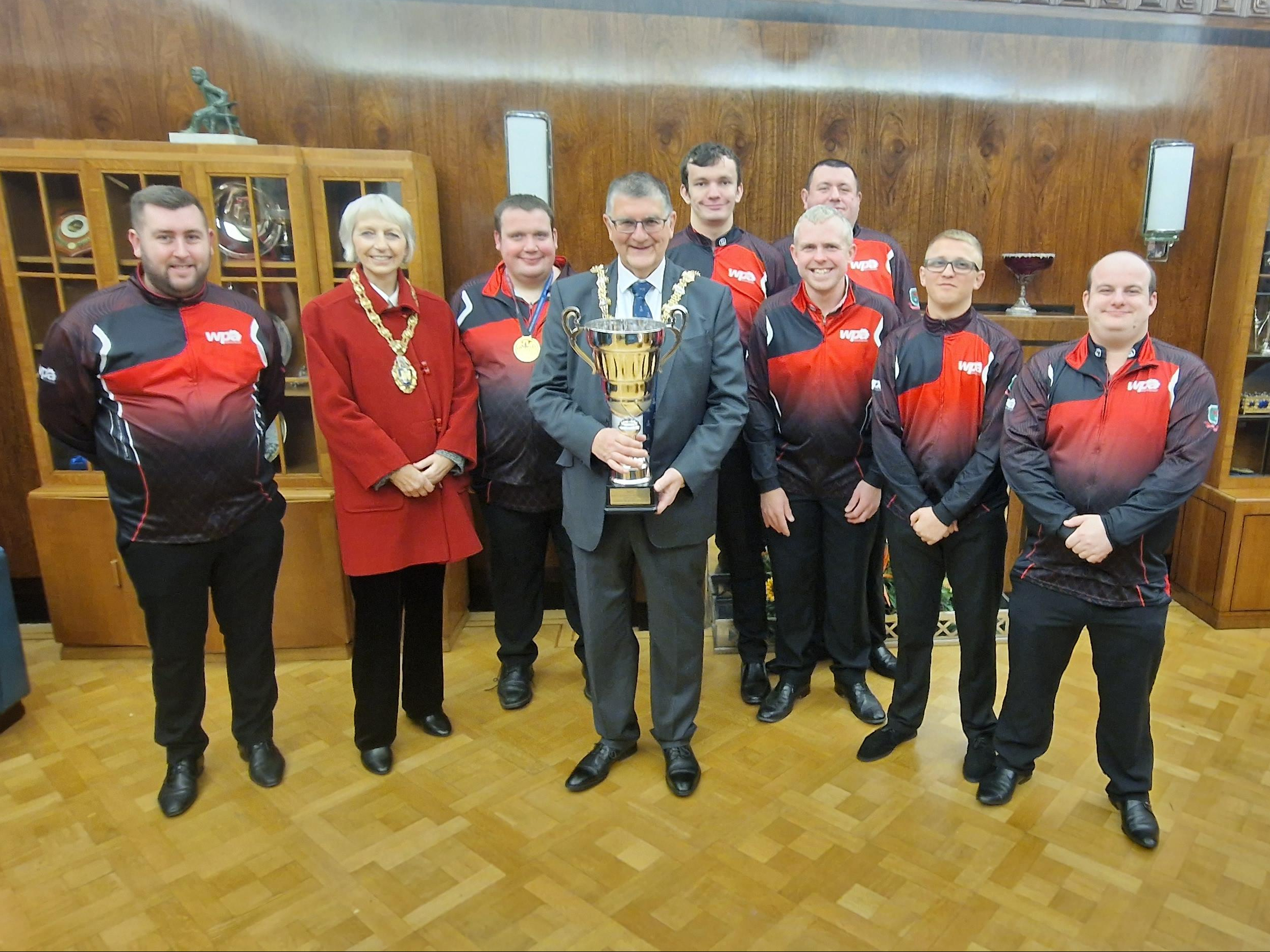 The Swansea-based Welsh Learning Disabilities Pool team were entertained to a celebratory catch-up at the Lord Mayor’s Parlour after winning the World Blackball Championships in Abri, France, earlier this month.

Almost 50 countries competed for the honour, but the Welsh team based at MENCAP Friendship House in Swansea came out on top after 10 days of nail-biting action.

Cllr Day said: “Swansea has so many talented people in so many fields, but to have World Champions is outstanding! We are so proud of the team and congratulate them for representing Wales and putting Swansea on a world stage.”

Team manager Stephen Partridge said: “Winning the pool world championship was really thrilling, we could hardly believe it. We’re a close-knit group and fancy our chances against anyone, but to go to France and come back with the trophy and the title is very special.

“I want to thank the Lord Mayor for recognising our achievement and say how grateful we are too for all the support we’ve had from so many people that’s made our success possible.”