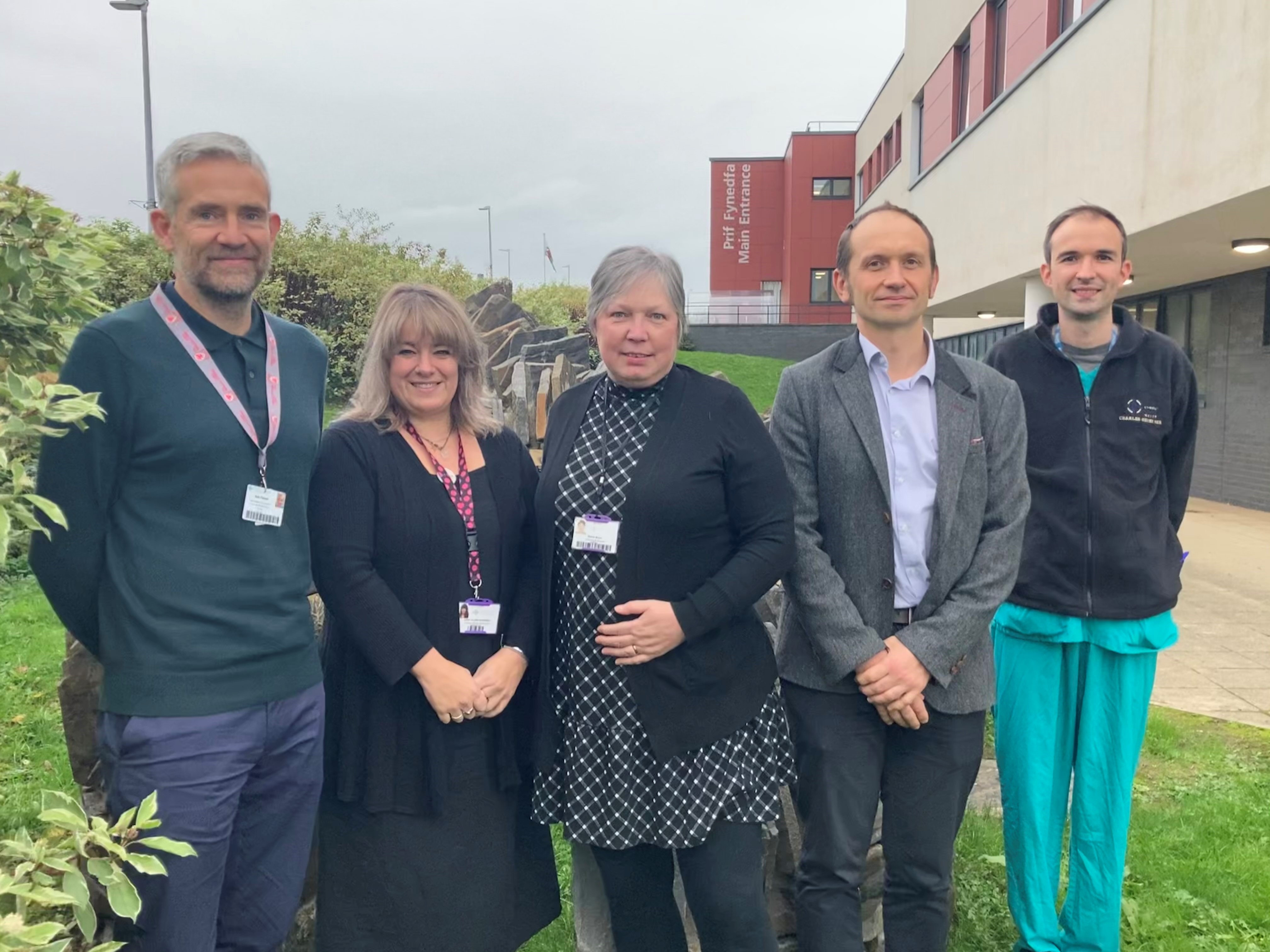 People with epilepsy in Swansea and Neath Port Talbot are now able to help manage their condition, while reducing waiting lists for others at the same time.

An open access service has been introduced by Swansea Bay University Health Board, allowing epilepsy patients the option to take charge of their care by contacting a dedicated phone line when they need to.

Patients can chat directly with epilepsy specialist nurses, who run the service, about their concerns or queries about everything relating to their epilepsy.

This includes medication support, advice around planning a pregnancy and day-to-day risk management to keep them safe.

By choosing to get in touch when they require a helping hand, it provides consultant neurologists, and other clinical staff, more time to see new patients and tackle waiting times.

Sharon Brown, epilepsy specialist nurse, said: “Previously there was only a telephone line people could ring between 8am and 9am, which the epilepsy nurses managed.

“If they couldn’t get through then they had to try again the next day so getting through was quite difficult.

“We thought we’d try setting up an answerphone so we could ring these patients back so they didn’t have to wait for an appointment.

“Around two thirds of people with epilepsy are well-controlled on their medicines and don’t necessarily need to be seen every six months or so, which was standard practice.”

Staff identified people who would be appropriate for the open access service and sent letters to them to ask if they would be comfortable with the self-management approach.

If not, they were able to remain on the list for an appointment as normal.

“That narrowed it down quite a lot because we were able to take quite a lot of people off the waiting lists,” Sharon added.

“We have got close links with the consultants and we also deal with GPs so we can help make changes quickly.

“The nature of epilepsy is unpredictable. This way, we can speak to people when they need help and support.”

Theresa Hicks, from Swansea, was diagnosed with epilepsy around 10 years ago.

The 37-year-old said being able to get in touch when needed helped her to manage her condition.

She said: “When I was first diagnosed, it wasn’t too bad and I was just on medication.

“The last couple of years it’s been getting quite bad. There was one occasion where I was picking my son up from school and I had a fit on the way.

“I was put forward for the open access service and everything has been fine.

“It saves me going back and forth to the hospital for appointments.

“If I call them about something, they help you straight away. It is definitely easier.”

Jenny Edwards, epilepsy specialist nurse, works alongside Sharon and between them they receive between 40 and 50 calls linked to the open access service a week.

“Sometimes people leave us a long message with lots of information so we know exactly what the problem is and other times they just leave their contact details.

“This has all been designed with them at the heart of it. We are just trying to serve them better.”

The general response from patients using the ‘see-on-symptom’ approach has been very positive so far.

Luke Shrimpton, epilepsy co-ordinator, was added to the team in December 2020. His experience in achieving shorter waiting times for patients has been invaluable in developing the service.

In January 2020, there were 1,346 patients waiting for a follow-up appointment after being diagnosed with epilepsy.

Two years later, in January 2022, it had dropped to 330 following the introduction of the open access service.

Sharon added: “People are so much happier that they can just ring when there’s a problem.

“A lot of them prefer telephone conversations as they can’t drive due to their seizures so it means they haven’t got to come to the hospital.

“It’s not all about arranging appointments with a consultant when we call people back. If they’re on medication already and they aren’t on the maximum dose, then we would have a chat with them over the phone about their seizures and if there are any triggers.

“If there are no obvious triggers then we can talk to their doctor and ask if their medication can be increased.

“We are able to provide a lot of the support over the phone ourselves.”

The support the nurses provide extends far wider than monitoring medication dosages, as they can even offer psychological and preconception counselling too.

Jenny said: “It could be they want some preconception counselling around any concerns they may have about becoming pregnant, or they could be struggling in general.

“There could be a lack of understanding as to why they’ve been put on a certain medication.

“It’s an opportunity for us to answer all of those questions and support people.”