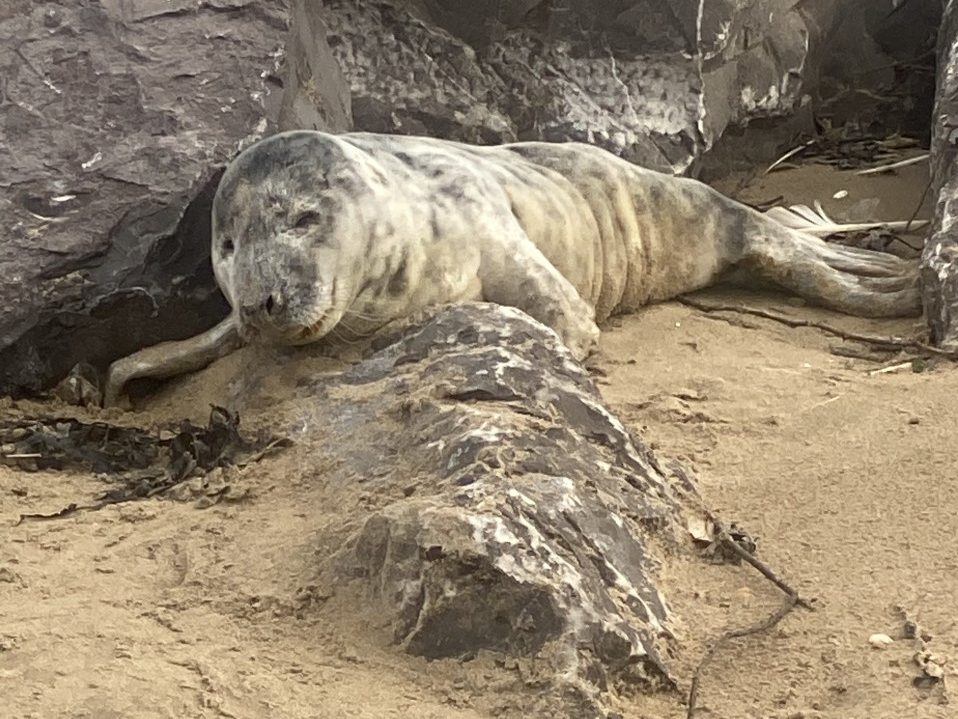 Rachel Thomas, the Port Talbot crew’s Deputy Launch Authority said: “I started my duty launch authority shift at midnight thinking that with most still recovering from the night’s festivities, it would be a quiet start.

“Little did I know what was about to take place when the first member of the public attended the station.

“With no standard operating procedure for seal rescues, my training kicked in with an dynamic risk assessment.

“The tide was on the flood, and the beach was full of people and dogs, with a New Year’s Day swim event just about to start. Following procedure, I called HM Coastguard who were able to provide the contact details for the RSPCA. They agreed to dispatch an officer but couldn’t provide an estimated time of arrival.

“I took the decision to divert a member of the shore crew to protect the seal from dogs and curious members of the public while we waited for professional help to arrive.”

The remainder of the volunteer crew continued their maintenance duties, ensuring the lifeboat and all launch equipment was ready for service.

A safe cordon was then created around newly named ‘Holly’ the seal until help arrived.

With the tide fast approaching, an RSPCA inspector arrived with HM Coastguard who had also volunteered to assist carrying Holly the seal from the beach.

As soon as Holly had been safely transferred into a specialist carry all, she was then carried to the waiting vehicle for her journey back to safety.

Rachel continued: “After this morning, who knows how the rest of my shift will go but you sign up to volunteer and train with the RNLI so you’re prepared for all eventualities, 24/7 and 365 days a year. This was an unexpected – but lovely – start to our new year as a station!”

Rachel says the crew at RNLI Port Talbot wish Holly a rapid recovery and release back into the wild.