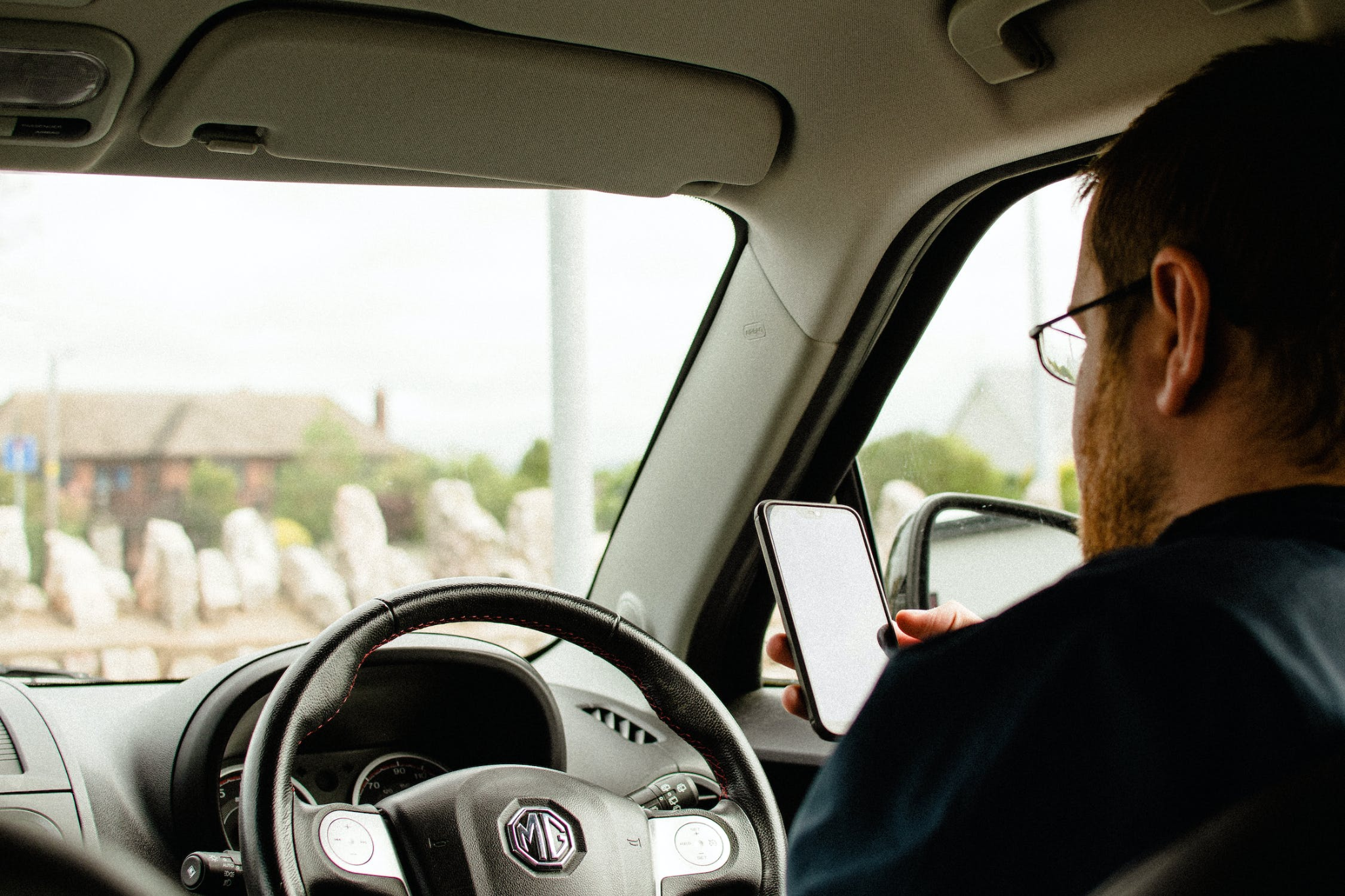 Safety experts at RoadAngel say it’s time for a zero-tolerance approach to the use of mobile phones while driving.

Following the law change earlier this year, it is now completely illegal to hold and use any mobile phone, sat nav, tablets and other devices which can send and receive data, whilst driving.

Motorists are permitted to use phones in certain circumstances, however, such as making a 999 call or a contactless payment at a drive-through restaurant while the car isn’t moving.

Hands-free access (such as through voice-command systems) is also allowed under the new rules, so long as motorists aren’t holding the devices as they drive.

This means that a smartphone displaying a maps app is allowed if it is in a cradle and not touched by the driver while driving, but confusingly the same rule doesn’t apply to a fixed car infotainment system which the driver can touch.

Furthermore, if the cradle holding the smartphone or aftermarket sat nav device is placed in a position deemed to be obstructing sight of the road and traffic ahead, then a fine and points could soon follow.

Gary Digva, founder of RoadAngel said: “There’s a lot of confusion around the use of phones while driving but we think it is time for the police to take a much tougher approach.

“Using devices while driving has been shown to cause accidents. It’s time a clear message was sent to motorists that it is never acceptable.

“If police see any driver touching their phone while behind the wheel they should pull them over on the spot, seize the device and issue a fine.

“Doing so would deter drivers from using their phones behind the wheel and send a clear message to all road users that phone use is dangerous.”

He added that changes in the law had led to confusion amongst drivers and more needed to be done to get the safety message across.

He said: “A lot of people are still confused on what they can and can’t do with a mobile phone when driving and that’s because the law is constantly being updated.

“Essentially, it is now illegal to hold a mobile phone or any other device while driving. There are some exceptions however like if you need to make a 999 call.

“A lot of people who don’t have a built in infotainment system in their car will use their phone for navigation and they still can, it just needs to be in a cradle and in a position that isn’t classed as obstructing the view of the driver.

“Not only can being on your phone lead to hefty fines and points but it also puts a lot of people in danger, that’s why it’s really important to make sure you have the right set up and equipment for a safe journey, no matter where you’re travelling.”

The law change closes a previous loophole which technically permitted drivers to use and hold their phones, as it could be argued they were not using devices for ‘interactive communication’, as the law previously stated.

It is now completely illegal for those behind the wheel to even hold their phones and devices, even if it is switched off.

The Highway Code makes it very clear that this law still applies to drivers stopped at traffic lights or in queuing traffic; when supervising a learner driver; or using a car which has automatic stop-start technology.

However, there are some exceptions to the rules surrounding mobile phone and touchscreen device usage which drivers need to stay aware of.

In an emergency motorists are legally allowed to call 999 or 112 whilst driving if it is impractical or unsafe to otherwise stop the vehicle.

Other exceptions are if the car is safely parked up, the driver is making contactless payment in the car which is not moving (such as in restaurant drive-throughs), or using a device to park a vehicle remotely.

There are also rules when operating devices which have hands-free access – drivers are able to make use of hands-free devices in their cars, so long as they aren’t holding them whilst driving.

If drivers wish to turn off or otherwise use devices with hands-free access, such as changing directions on sat-navs and map apps, they must pull over and park up safely to operate the device legally.

Motorists caught holding or using mobile phones or other touchscreen devices whilst driving could face up to six points on their licence and a £200 fine, and for those who have passed their test in the last two years, their driving licence could be stripped away completely.