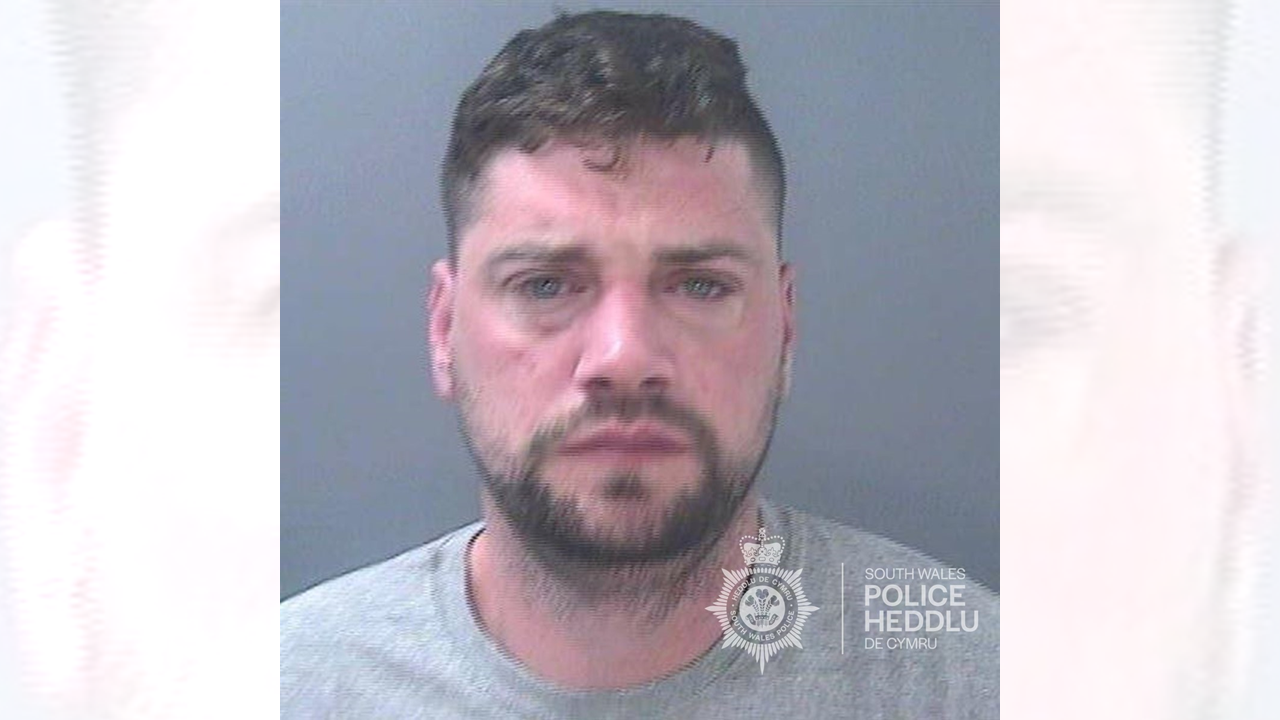 In July, officers from South Wales Police were called to reports of a man having assaulted a woman who was struggling to breath.

Kieran Hemsley, 32, from Porthcawl, was arrested and later charged with domestic violence grievous bodily harm and breach of his restraining order put in place to protect his ex-partner.

During the assault, Hemsley punched his victim to the head and kicked her, subsequently puncturing her lung, to which she was hospitalised for a number of days.

He was placed on remand and pleaded not guilty.

During the trail, a jury found him guilty and Hemsley was sentenced at Cardiff Crown Court on December 8 to eight years in prison and handed an unlimited restraining order.

Detective Constable Lloyd Williams, who was in charge of the case, has praised the victim’s bravery.

He said: “Kieran Hemsley is dangerous man who breached his restraining order and callously beat his own partner.

“It takes a lot of strength to speak out against your attacker and I am full of praise for the brave victim. She did the right thing and her courage has now seen a dangerous man put behind bars.

“Our message to anyone who might be suffering in silence – please come forward and speak to us, we are here for you.”