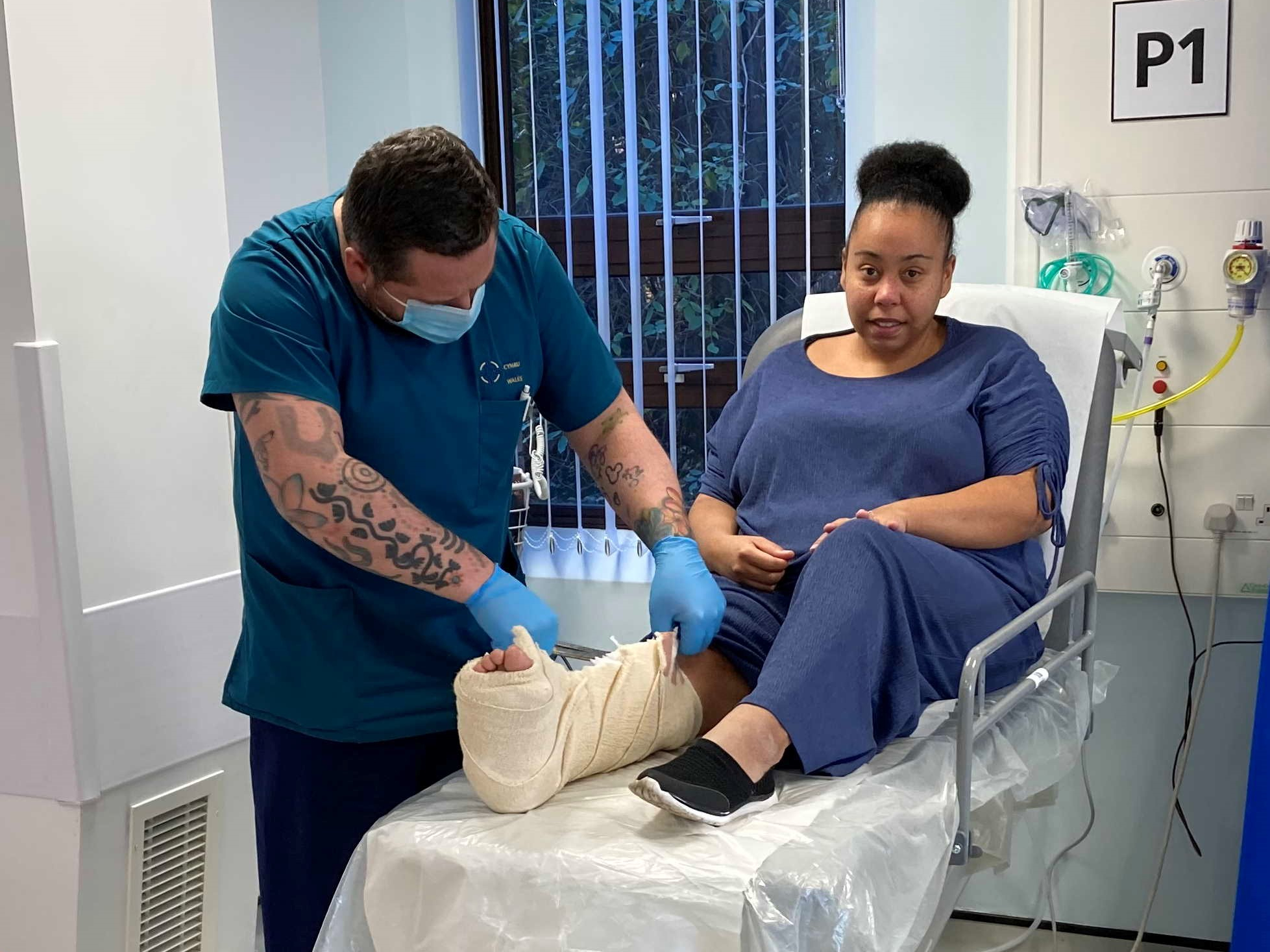 The clinic has returned to Morriston having moved to Neath Port Talbot Hospital during the start of Covid to create more space for an intensive care unit.

The service is based where the hydrotherapy pool was previously situated, with Singleton and Neath Port Talbot hospitals now the focus for hydrotherapy services following a public engagement consultation.

The new fracture clinic in Morriston has bigger capacity with more consultation, treatment and plaster rooms along with a dedicated plaster facility. It is based halfway along the main corridor and at the back of the physiotherapy department.

After being diagnosed in either the Minor Injury Unit at Neath Port Talbot Hospital or the Emergency Department in Morriston, patients are then assessed by consultants via a Virtual Fracture Clinic before being treated as an outpatient.

Natalie Heguye is among the patients to be treated at the new clinic after suffering a broken foot.

She said: “My treatment has been really quick and efficient. I’ve been really pleased with the new clinic – it’s new, clean, bigger and looks great. It’s also easier for me in terms of location.

“I’ve been a few times over the last few weeks, and each time it’s been a pleasant experience.”

The move brings further benefits as the on-call consultant is based at Morriston for the duration of the on-call period and not split across sites.

Time previously lost to travelling during the on-call period is directed back to patient care and improves the ability to cross cover other clinical activities, such as trauma theatres.

A dedicated plaster facility also prevents delayed discharges where an inpatient previously had to wait for a plaster technician to arrive from Neath Port Talbot Hospital before they could have a new cast fitted.

“The move to our new fracture clinic in Morriston also helps in terms of surgical training, while an improved Virtual Fracture Clinic room will allow trainees to join the clinic, which is great for their development.

“Being based in the same area with therapy services also gives patients a holistic approach to their care.”