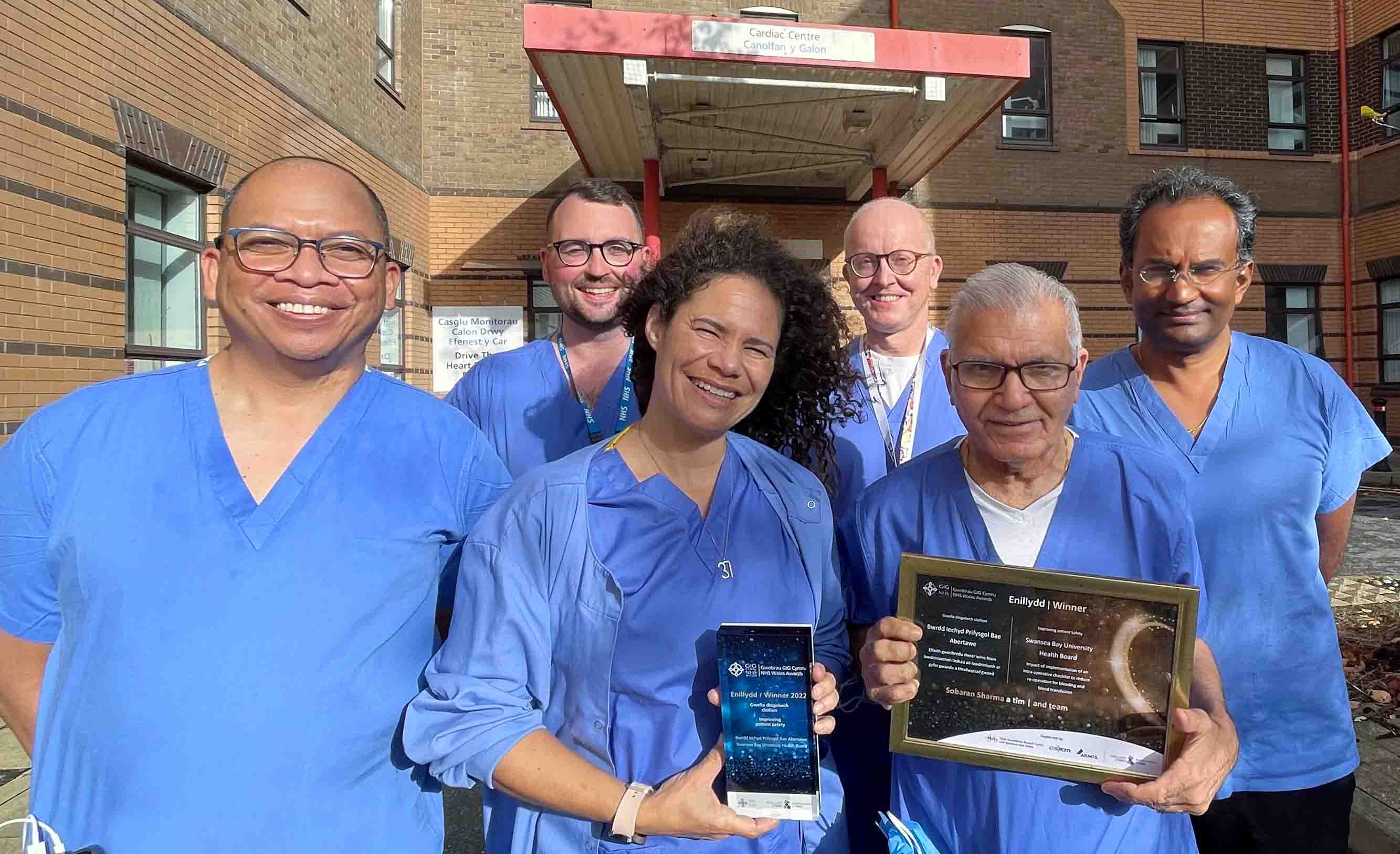 Fewer patients there now have to be taken back to theatre because of post-operative bleeding than anywhere else in the country.

It’s down to a national award-winning checklist the cardiac surgical team developed to identify and correct all possible causes of bleeding before the chest is closed.

The benefits are huge, not only in terms of patient outcomes but also in the use of precious NHS resources. It also means fewer planned operations have to be cancelled, and has led to improved staff morale.

The source of bleeding could be surgical, requiring further suturing, or just as commonly due to problems with deranged coagulation – a condition that prevents formation of blood clots.

Cardiothoracic consultant surgeon Pankaj Kumar said: “There is a return to theatre rate in every cardiac centre in the UK and indeed the world over.

“Over seven or eight years, our return to theatre rate was just over four per cent. A range of two to eight percent is recorded nationally and internationally, so ours sat in the middle of the pack.”

Mr Kumar said various checklists were used around the world but they were not universal. So the cardiac surgical team designed their own.

All the team had an input in its creation, and the entire team also runs through the checklist, covering off all potential surgical and coagulative causes of bleeding.

Only then is the patient’s chest closed at the end of the operation.

The list was introduced for all open-heart surgery in August 2021, and the outcomes of cases before and after have now been compared.

“Some surgeons introduced it before August 2021 in a limited manner, which brought our return to theatre rate down to two per cent,” said Mr Kumar.

“But since then it has dropped to 0.7 per cent. That is the lowest rate in the UK now, by a considerable margin.

“The entire team has worked very hard to achieve this positive outcome for patients undergoing open-heart surgery in our unit. The challenge is to hold it there. If we can achieve that, we will be delighted.”

Someone who is already delighted is 69-year-old Dave Bostock, one of the hundreds of patients to have successfully undergone open-heart surgery since the checklist was introduced.

In fact, it’s just over one year since Mr Bostock, from Llangynwyd, near Maesteg, was operated on by Mr Kumar.

“I had finished my working life but got bored and began doing some work as a caretaker in a large comprehensive school,” he said. “I was walking 26,000-27,00 steps every day.

“Then I started coughing up blood.”

Mr Bostock underwent various tests before it was finally discovered the mitral valve in his heart had split. “My blood wasn’t being pumped around my body properly.”

He was referred to Mr Kumar, who saw him in August 2021. Surgery took place on December 8th that year.

More than a year on, Mr Bostock is doing well. Although he cannot walk as fast as he used to, he no longer gets out of breath. And he has nothing but praise for the Cardiac Centre’s staff.

“The standard of care was superlative,” he said. “I can’t fault it.”

And while there are clear benefits for patients, there are also positive consequences for the wider NHS.

One of the most important of these is a reduction in the use of blood products; red cells, fresh frozen plasma and platelets – down by 66 per cent, 74 per cent and 37 per cent respectively.

Reduction in the use of these blood products alone is on target for a saving of around £120,000 over a year’s clinical activity.

There are other financial gains. Patients recover quicker, so do not have to spend as much time in the Cardiac Centre’s intensive care unit.

“One patient per bed costs around £1,600 a day in the critical care area,” said Senior Clinical Fellow Sobaran Sharma, who led the checklist project. “So the length of stay can make a big difference from that perspective.

“Also, when patients have to go to theatre a second time, other surgery due to have taken place has to be postponed.

“The patients and relatives affected are then upset. So there is the human factor, as well as the cost of the session being lost.”

This human factor applies to staff too.

Having to be called out, often during the early hours, for these emergency cases needing to go back to theatre for bleeding inevitably has an impact on the team’s morale and well-being.

Scrub nurse Victoria Jobson said working through the checklist did not take up any more time but made a massive difference.

She said: “There are only a limited number of us. If we’ve been in all night then obviously we’re not going to be in the next day and, as Mr Sharma said, cases are postponed to another time and that costs money.

“The checklist has stopped us being called in all the time. It has improved our well-being and obviously the patient’s well-being. From the department’s point of view, it has made a big impact.”

“In terms of our morale and well-being, it’s not great coming back at four in the morning. But for the patient there is an increased risk if they have to come back to theatre,” he said.

“We want to get it right first time and this is what we strive to do. Sometimes we still have to bring patients back but the list has helped.

“Looking at the wider picture, from the business angle as well, there are great savings to be made and that is obviously important.

“But from a patient’s point of view, if this stops the patient coming back to theatre, it’s job done for us.”

Cardiac registrar Sam Poon agreed that the list had not only helped with morale but with confidence too.

“A checklist, especially when you are having a long, tiring day, does help because tired surgeons are prone to making mistakes,” he said.

“When a trainee is closing a chest and then coming back to theatre, it does have some impact on confidence level as well.

“If the re-exploration rate is persistently high, you question your chest-closing ability and that impacts on confidence.

“Since the checklist was implemented, I can’t remember the last time I was in theatre for re-opening. So this is a positive.”

The team has since gone on to win at the 2022 NHS Wales Awards, in the Improving Patient Safety category.

Mr Kumar, who is also Morriston’s Deputy Medical Director, said the entire cardiac surgical team had been delighted to receive the award.

“We feel the collective effort from the whole team has resulted in a significant improvement in a very important patient safety and quality matrix after open heart surgery.

“Patients having heart surgery here can be reassured the entire team is continuously working together to improve outcomes for them.”