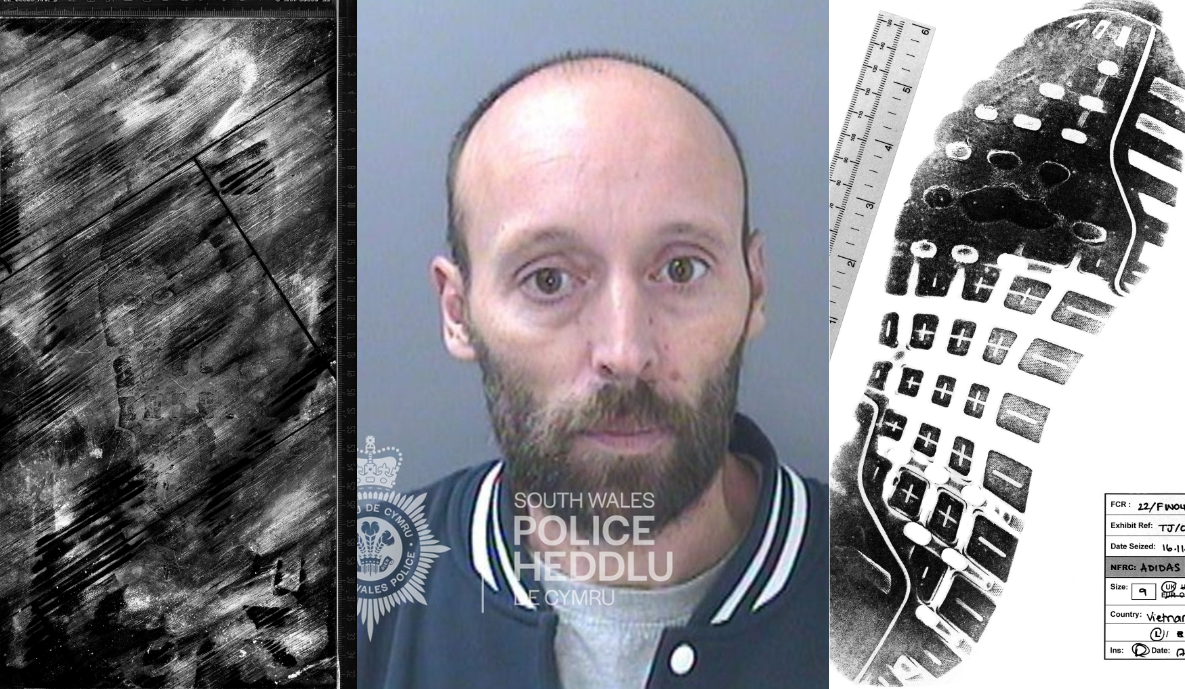 Detectives and forensic specialists investigating the burglary discovered footprints at the scene and following detailed forensic examinations they were able to match those prints to the footwear worn by Evans.

Evans attempted to burgle the house on 16 November 2022, in Laleston, Bridgend but made off after being disturbed. He was stopped nearby following after the householder provided a description. He is a known prolific burglar and when he was arrested was carrying a hammer.

Forensic officers preserved the scene for examination. Officers knew, in this particular case, that footwear would be an important source of evidence in identifying the culprit.

A thorough examination of the whole of the ground floor of the property revealed several footwear marks which proved that Evans was at the scene.

Specialist officers could see from the footprints which had been taken that the suspect’s shoes, as well as being the same pattern as the scene marks, also had the same unique wear marks.

Such was the strength of the evidence gathered in the investigation that Evans later entered a guilty plea. He was sentenced on December 15, 2022.

“The weight of evidence, painstakingly and skilfully secured by our team was critical in securing a conviction.

“The efforts and perseverance at the scene demonstrate fully the meaning of “going the extra mile” and is credit to our team’s diligence and professionalism in making every effort to bring to justice a burglar who is happy to pry on people whilst they sleep in their own homes and also carry around the equipment to aid them into that excursion into crime.

“It fully demonstrates both the efforts and value of forensic investigations and the evidence it brings to the table. This is great success story which has played a pivotal role in securing justice.”

Related Topics:BridgendburglarySouth Wales Police
Up Next