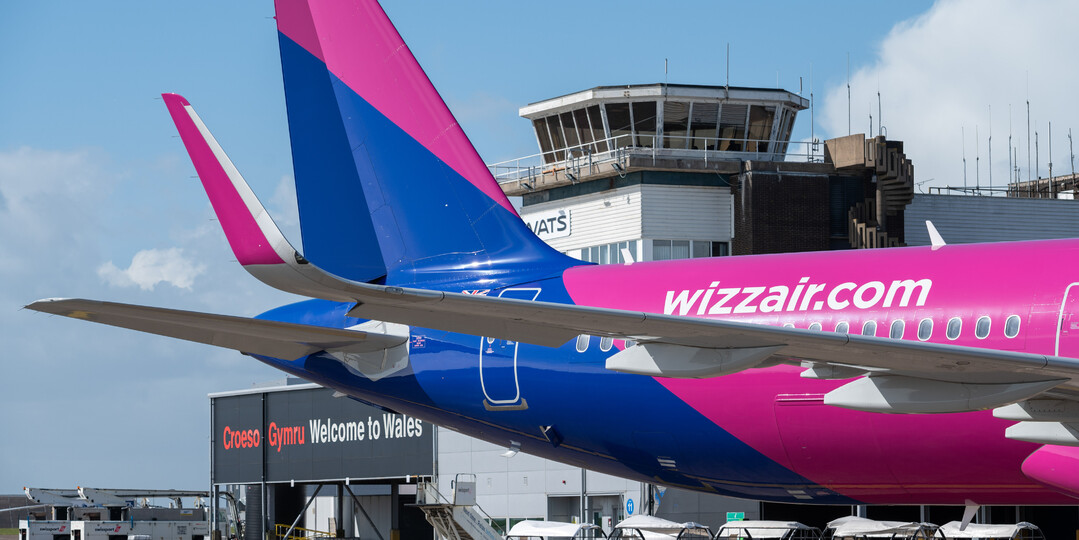 Popular budget airline Wizz Air has announced that it is pulling its remaining flights from Cardiff Airport from 25 January.

The announcement affects the airline’s routes to Milan and Bucharest from Cardiff.

It comes hot on the heels of the airline scrapping most flights from the Welsh Government owned airport back in September 2022.

Ms Geoffroy said: “Our priority now is to ensure that all affected customers are contacted directly with clear advice on their options, and to look after our Cardiff based colleagues and crew. Wizz Air continues to offer low fares from eight other UK airports, including Bristol, Birmingham, London Gatwick, and London Luton.”

Cardiff Airport announced the launch of Wizz Air to great fanfair in December 2020, however due to the pandemic flights did not actually start until April 2022.

“There has been positive booking trends and very strong passenger demand to travel from Cardiff in 2022 and current booking trends for 2023 remains similar. We have been working closely with the airline since 2020 and their latest indications to us last week, were that bookings for this summer are ahead of this time last year, so we see their decision as surprising.

“Our thoughts are with our customers who are impacted by this news and now face disruption to their travel plans for this year, along with our friends and colleagues that are employed by Wizz Air based at Cardiff.”

Welsh Conservative Shadow Transport Minister Natasha Asghar MS reacted to the announcement saying: “It is a real shame to see another airline end its commitment to Cardiff Airport, especially with the loss of jobs and activity in South Wales that comes with it.

“More worryingly is what this means for the airport itself – I really want to see it flourish in private hands but instead in languishes in the ownership of the Labour Government who is flying the airport off the runway into terminal decline.

“We can see this most clearly when looking at passenger numbers at Cardiff which are down 44% on pre-pandemic levels when Bristol Airport is down just 5%.

“It also shows a wider failure of a strategy from Labour ministers who think a successful way to run a transport network is to cluelessly run its only commercial airport, ban roadbuilding, impose lower speed limits without local consultation, and run poor quality trains.”

“Our Covid recovery plan remains in place, but clearly the current economic climate is incredibly tough for the aviation sector.

“Smaller airports are vital to regional economies across the UK and we urge the UK Government to provide the support to put them on a secure footing for the future.”

Ryanair to offer more flights through Cardiff next year