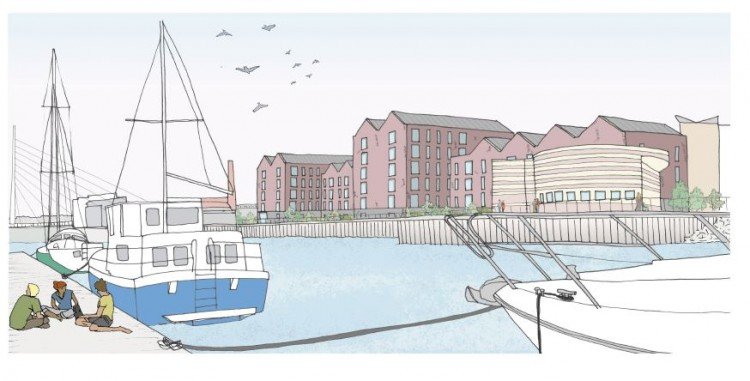 The proposals, which are still at an early stage of planning, are by Everstock Development Limited and Swansea-based social housing organisation, Coastal Housing.

The building, which ranges between 4 and 6 storeys in height, would be built on a vacant riverside site next to the Ice House building, opposite the existing Altamar apartments.

The proposed 104 apartments are described as ‘affordable’ in planning documents and include 39 one-bed, 52 two-bed and 13 three-bed flats.

A café is proposed for the ground floor fronting onto Ice House Square, adjacent to the sailbridge.

An undercroft car park to for residents of the apartments is also planned, along with two garden areas.

There have been a number of proposals for the site stretching back to 2006, with the most recent for a 99-bed care home in 2022, however no plans to date have got off the ground.

The current proposals are open for pre-planning consultation with Asbri Planning until 9 February.

Coastal Housing have had big plans for the city, being involved in several major regeneration schemes in city, particularly on High Street, where they have recently purchased the former Kings Arms Tavern.